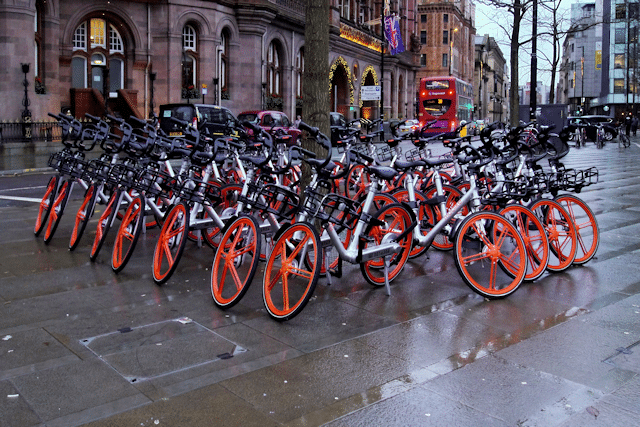 Bike-sharing company threaten to pull out of Manchester

The bike-sharing firm Mobike have threatened to pull out of Manchester after being plagued by repeated vandalism and theft.

The orange-wheeled bikes have become a familiar sight to Mancunians since they were launched last June. However, they could soon be removed after a final warning has been issued by the Chinese firm.

According to Steve Milton, Mobike’s communications and marketing leader, 10% of Mobike’s Manchester fleet has disappeared or was vandalised each month this summer. Most commonly, these bikes were found at the bottom of waterways such as the canal at Salford Quays. Others had their GPS trackers prised off and were resprayed in an effort to transform their appearance. Some were simply abandoned or locked up in garages and sheds.

It is estimated that 2,000 bikes have been lost, stolen or vandalised in total across Manchester.

Manchester would be the first city that Mobike abandoned because of vandalism if they reach that decision at the end of the month. The company has 200 million users worldwide and has pulled out of cities in the US before, but only because they did not have enough bikes to make the scheme work.