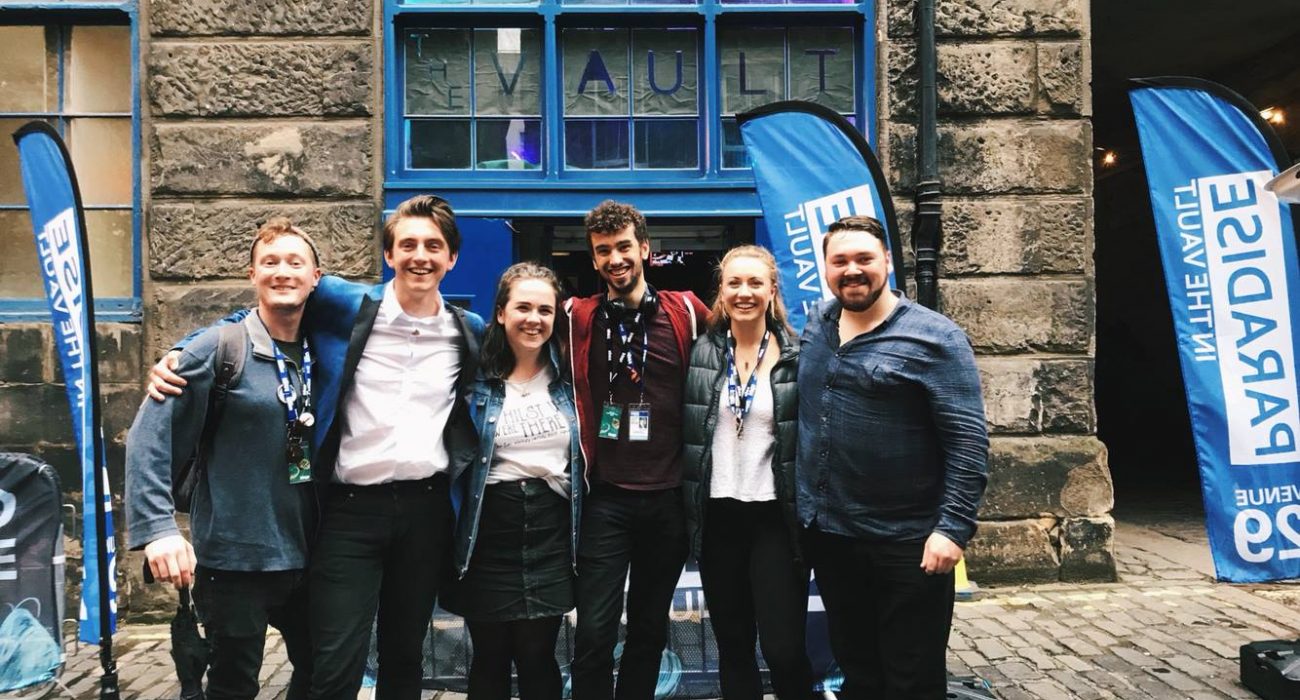 Interview: Grace Currie, the Manchester student who took on the Edinburgh Fringe

Often the first question that springs to mind after graduation is: what next? But for Drama and English Literature graduate Grace Currie, the goal was clear, and that was the Edinburgh Fringe Festival. She directed the show Whilst We Were There, written by Tyler Holland, a fellow Manchester Drama graduate, and his friend Curtis. Having seen Grace perform here at the university, I wanted to talk to her about her recent project and the challenges that the Festival presents for students.

During her time at university, Grace took part in various UMMTS shows such as Grand Hotel and Avenue Q. In the drama society she also wrote and produced her own short play, Spilt Milk, and was an assistant director for Cloud Avenue, a show that went to the Edinburgh Fringe last summer. During her second year she began collaborating with Tyler; “In spring 2017, we staged our first independent production together, Breathing Space, at Three Minute Theatre in Northern Quarter. After this, we set up our company Ensemble Estate and went on to produce Much Ado About Nothing in autumn 2017!”.

The experience she gathered during her time in Manchester was invaluable when she directed the show Whilst We Were There. “[It was] a new folk-rock musical that utilizes live loop pedals and a team of very talented actor-musicians,” Grace tells me. “The vibe is very much like Ed Sheeran meets Once. The show follows the story of Hannah and Curtis, two musicians in a folk duo who split up for unknown reasons and takes place three years after the split. Hannah’s own struggles are framed through Curtis’ perspective, and the show tackles ideas of artistic integrity and male dominance in the music industry.”

The show certainly deals with contemporary issues, which reflects the youthful team behind the production. As well as Manchester graduates Grace and Tyler, others involved came from across the country, including graduates from the Royal Central School for Speech and Drama and students from Birmingham Conservatoire and Rose Bruford. Clearly networking at university paid off, as they came together to create the project. For Grace, working as a team made the experience all the better, “Despite coming from all over the UK to rehearse in rainy Kendal, we quickly became a tight-knit family unit, and this made the collaborative process of devising the piece so much fun.”

However, there’s a difference between university productions and stepping out into the real world, especially at the Fringe Festival as there is plenty of competition and pressure to succeed. This is when Grace profited from all her previous experience. “Fringe is an amazingly inspiring space for creatives, but it’s also massively daunting – you invest a lot of money into the projects you take up, you obviously don’t want to end up making a colossal loss. Luckily, both Tyler and I have been up before so knew what to expect, but it was still a very intense week. Because of the sheer volume of productions on, you have to bring your a-game for publicity – we were constantly handing out flyers across the city and performing a few numbers on the stages on the Mile, sometimes in torrential rain! Luckily this seemed to pay off as we managed to sell out a few shows and always had a good audience in.”

Although the Fringe was a challenging experience for Grace and her team, there were moments where all the hard work and effort paid off. “Highlights of the experience were definitely our performances on the small stages on the Mile, especially when a cast from another musical started dancing along in the street! It boosted everyone’s energy mid-week and will always be one of my favourite Fringe memories now.” It’s clear Grace learnt a lot from the experience: “Advice to other drama students on a logistical level would be efficiency; get organised early, manage your budget carefully, and make sure you have a good team and support system. Also, something that really shaped our rehearsal process was thinking about why our piece was important now; there are hundreds of shows on at Fringe, so try and give your show something to make it stand out or say something. It doesn’t have to be serious or profound, but it should be unique! Finally, have fun, eat pie, and see as much as you can without going insane.”

I’m sure with her work ethic and experience, Grace will be working on some more successful productions soon. “We’ve already started writing some new work,” she reveals, “and both Tyler and I are planning to continue the company when we move down to London later in the year, as well as starting the early stages of organising Fringe 2019!”. 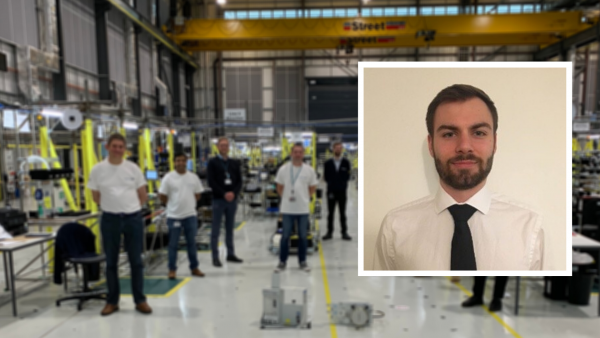