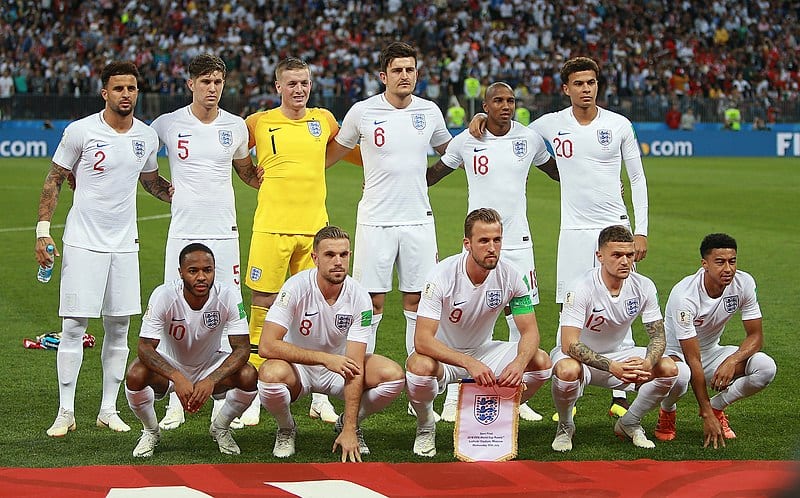 As UEFA’s new footballing experiment, the Nations League, heads into its second international break, the new division-style competition is finally gathering some steam among fans. Bridging the gap between the world’s best and lower-ranked international teams, it offers further chances to qualify for major international tournaments for sides that don’t make it through the regional group system. World champions France are early favourites for the inaugural crown having defeated Germany 2-1 in Paris. Euro 2016 winners Portugal, along with Belgium are also good bets as they remain the only A League sides with a 100% record. For Gareth Southgate’s England, the campaign in Group 4 got off to a rocky start as they suffered a 2-1 defeat to Spain, their first loss in 24 competitive games at Wembley. The second round of fixtures posed two tricky away games, against world cup finalists Croatia, and the reverse fixture against Luis Enrique’s side in Seville.

Match Report: Croatia 0-0 England (Friday 12th October, Stadion HNK Rijeka) — England failed to gain a vital three points in their hunt to top Nations League Group 4, as they were frustrated by Croatia in international competition for the second time in three months.

A slow-moving game didn’t see its first attempt on target until the 37th minute when a clever dummy by Frankfurt’s Ante Rebic saw Ivan Perisic fire towards Jordan Pickford, who reacted quickly to turn the shot away. Six minutes later, the Three Lions came agonisingly close to taking the lead, as Eric Dier met Jordan Henderson’s corner, thundering his header against the post, with Croatian goalkeeper Dominik Livaković stranded.

The second-half started at a higher tempo, with Perisic almost catching out Pickford from 18 yards. On 49 minutes, captain Harry Kane rattled the crossbar with a header, as England once again came close to opening the scoring. As Southgate’s men started to get on top in the match, Marcus Rashford wasted two clear chances in three minutes. First, the Manchester United forward attempted to poke home after a long ball over the top; miscuing it, however, the 20-year old scuffed it, making it easy work for Livaković to gather. Three minutes on, Rashford was played through on goal by Raheem Sterling, after Kane worked hard to win the ball back after a failed attack. Rashford tested the keeper with this effort, forcing the Dinamo Zagreb keeper into a good save, as he seeks to establish himself as the new no.1, following Danijel Subašić’s retirement in the summer.

After Ante Rebic was unlucky to not put his side ahead, England had a goal rightfully disallowed 15 minutes from time when Kane was flagged offside. The introduction of Bourissa Dortmund wonderkid Jadon Sancho added some excitement to the closing stages, but the 18-year old hardly had enough time to make an impact, as the contest slowly fizzled out. A match played behind closed doors after UEFA sanctions for crowd trouble, an eerie atmosphere surrounded the two teams as they both failed to hit back from their defeats against the Spanish. With Jordan Henderson and John Stones both picking up suspensions for the Spain games through bookings, the game will surely go down as a wasted opportunity for Southgate.

A largely unchanged starting XI saw Ben Chilwell keep his place after impressing in Croatia in Friday’s game, while Harry Winks started in midfield despite failing to nail down a place in the Tottenham side so far this season. They faced a strong Spanish side that included the likes of Marcos Alonso, Thiago Alcántara, Sergio Busquets and Marco Asensio.

Predictably, the hosts controlled much of the play, and in the first half, England were often resigned to keeping a careful defensive structure and waiting to feed off any mistakes made by the 2010 world champions. The away side however, exemplified the kind of composure that Southgate is so keen to demand of his young squad, as the opener grew out of a delightful 17-pass move, that saw Pickford’s 40-yard pass take the Spanish midfield out of the game, before Harry Kane exchanged passes with Marcus Rashford, who fed Raheem Sterling, the Man. City forward, ending a run of 27 international games without a goal by rifling into the top corner.

The second was almost a carbon copy of the opener, as Pickford once again picked out his side’s captain, who fed Marcus Rashford, who slotted home. The third arrived just 7 minutes before half-time, as Ross Barkley picked out Kane with a clever chip to catch the Spanish back four napping, the Tottenham striker squaring it for Sterling to tap in and effectively end the game before the 40-minute mark. It was the devastating movement of the front three that energised an England side with just 1 player over the age of 25 in the eleven.

It was Luis Enrique’s side that began the second period the most positively, despite the scoreline, and inform Paco Alcácer rose brilliantly to pull one back two minutes from the hour, having come off the bench. England’s overconfidence was then exposed, as Pickford’s clever footwork nearly cost his side a goal, as he was pickpocketed by Rodrigo, the Everton man needing to go to ground to win the ball back. This led to Spanish cries for a penalty, as they looked to put pressure on their opponents. Marcos Alonso rose to divert a header against the bar at the start of an 8-minute injury time period before Sergio Ramos once again cut the deficit as he headed in with virtually the last kick of the game.

While victory in this fixture was essential to keeping the race for top spot alive in Group 4, it will be the manner of the performance that will please Southgate more than anything else. The youngest Three Lions starting XI since the late 1950s, this was a team that oozed confidence and calmness against one of the world’s top international sides. Harry Winks controlled the midfield battle with his brilliant spacial awareness alongside Ross Barkley, while Joe Gomez looked natural next to Harry Maguire, who made a remarkable 11 clearances throughout the 90 minutes. The win, and in particular first 45 minutes was a clear endorsement of Southgate’s continued belief in giving chances to young players. Even in the closing stages and with his side under pressure, the 48-year old choose to hand a debut to Chelsea’s Nathaniel Chabolah.

After Monday’s win, England can still top the group but must hope for the Spanish to drop points against Croatia, a side they beat 6-0 in September. Conversely, England could still be relegated and drop into the B League, should Croatia win their game against Spain and then draw at Wembley in the group’s final fixture.