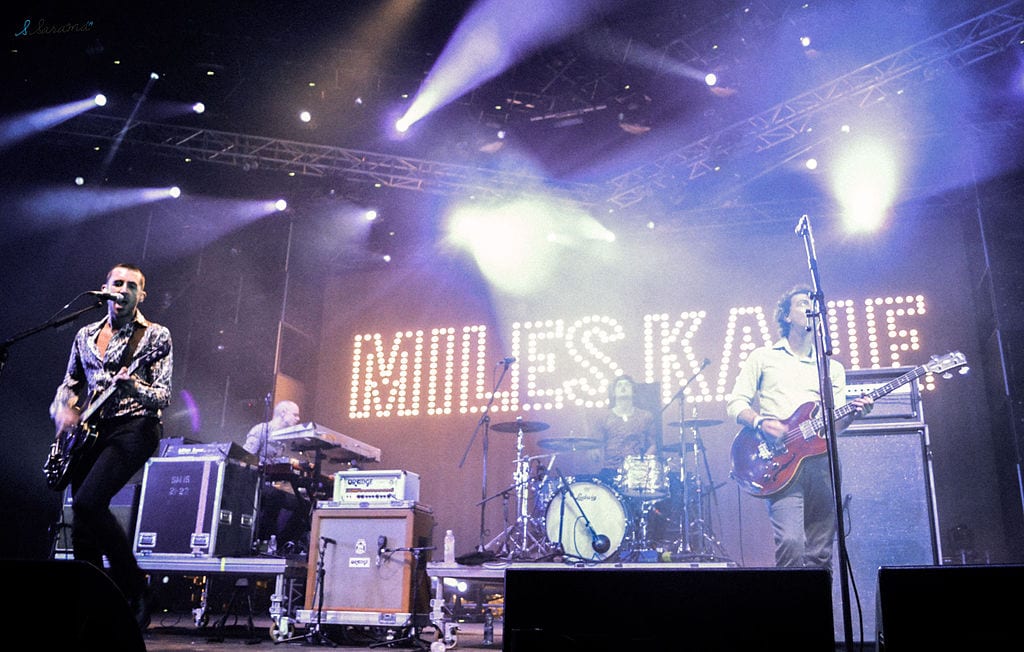 Miles Kane, the glamorous indie rocker from The Wirral in Northern England, recently released his third solo album. The refreshing yet nostalgic testament to the mod-rock scene is filled with a wave of upbeat guitar solos, beautifully crafted lyrics, and easy-going melodies, perfect for any mood.

For many songs on the new album, Coup de Grace, Kane’s Scouse accent compliments the sounds of the acoustic guitar, strummed perfectly in place to the baseline and drum beat.

The title of the album itself means ‘the final blow’, which came about after the eponymous song was written; the hypnotic baseline to the tune was discovered whilst “jamming with the boys” in New York.

Surprisingly, Kane has a love for wrestling at the moment, making friends not only with those in the “cool gang” of the music and fashion scenes but also with professional fighters, one of whom featured in his video for ‘Cry on my Guitar’. The video — which features professional wrestler, Finn Balor, fighting Miles Kane — shows him using his finishing maneuverer that he has named ‘The Coup de Grace’; dramatic and cool, perfect for the title of an indie-rock album.

Kane relies on the process of writing as a “punk therapeutic mentor” to discussing his emotions out loud. Writing with the likes of Jamie T and Lana Del Rey on this album has proved that Miles has gained the utmost respect from big names in the music industry.

Having escaped to Los Angeles last year to compose a new album, however, Kane struggled to find a muse to shape his thoughts. After visiting Jamie T, fellow indie rocker, at his show in California, they both set aside time after a series of long talks to put pen to paper.

Mingling with fellow rock stars seems to be on Miles’ agenda quite frequently, thus sitting on the sofa, drinking beers with Jamie T made Kane question whether there was any connection between the two on a work level. Following a period of frustration musically, Kane exposed his half-written, unfinished pieces to Jamie, eventually completing the songs, “Silverscreen’ and ‘Coup de Grace’, with him — supposedly the sense of accomplishment “turns him on”.

Having seen Miles Kane perform headline shows for the NME Awards, acoustic solo gigs at in-stores, and supporting Arctic Monkeys at live shows, I questioned what could possibly be a breath of fresh air for his upcoming tour. Kane arrogantly reassures his electrifying sideband that when he performs “no one can touch” his “explosive” energy. The amazing year he’s had will show when he performs his new songs on tour; not forgetting his old bangers though — Kane loves to be the man fans adore.

Manchester is a place very close to Kane’s heart, standing up there with one of the best and “wildest” cities to play. The first of the Manchester Academy gigs has already sold out, the first out of any of the dates on his tour to do so, which has led to a second date being added — making it the only place to have two performances by the man himself in the entire country.

When talking about any future plans (including talks to work again with Alex Turner in The Last Shadow Puppets), Miles says he wants to stick to his day job for a while, writing and releasing some B-sides.

In a Mancunion exclusive, Kane has stated that a surprise is along the way in a couple of weeks, so keep your eyes and ears peeled!

Catch Miles Kane on tour this November 23rd and 24th at Manchester Academy 1.