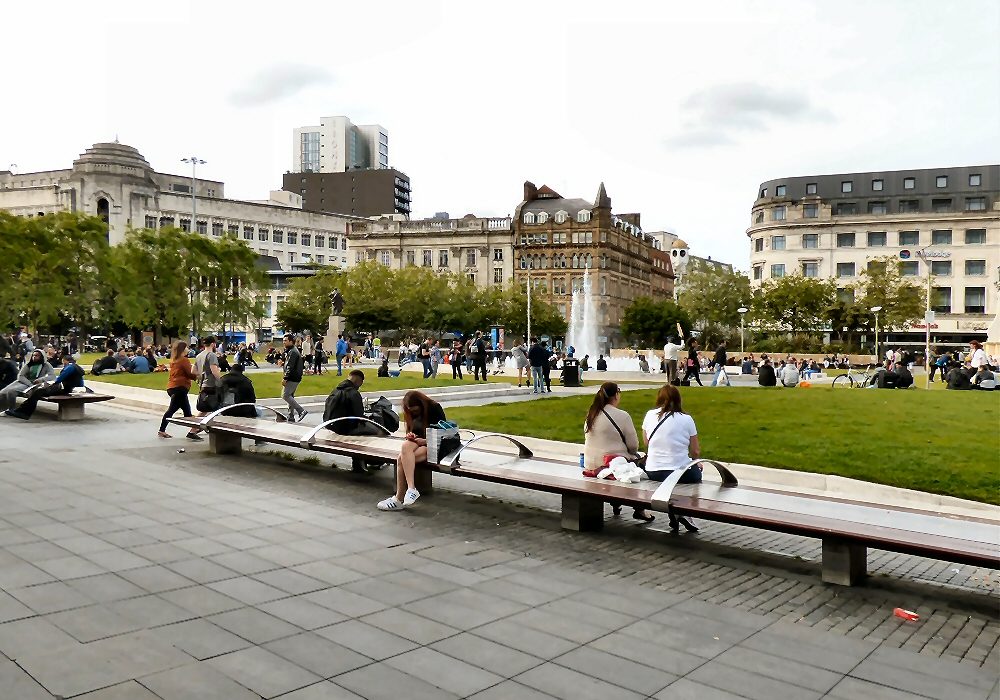 New data shows that Manchester Piccadilly Gardens is one of the worst hot-spots for crime in England and Wales, falling just behind Meridian Square in Newham, London.

The figures show 1,746 crimes reported in or around the area within the last year.

374 of those crimes were violent and sexual offences, 171 were thefts, 170 were robberies, and 250 were for anti-social behaviour.

Piccadilly Gardens, located between Market Street and the edge of the Northern Quarter, is a green space which has been recently reconfigured to adapt to its service as a major public transport interchange, where buses and trams can be boarded. It is also closely located to many train stations, such as Manchester Oxford Road, Piccadilly, and Victoria.

In recent years, Piccadilly Gardens has become a common space for drug users, following the introduction of ‘Spice’ — a form of cannabis, also known as ‘Black Mamba’, which is a mixture of herbs and manmade toxic chemicals. A cheap alternative to making more processed drugs, spice is commonly used among Manchester’s vulnerable people.

Symptoms of the drug include violent behaviour and feeling anxious and nervous. Although criminalised in 2016 under the Psychoactive Substances Bill, those who take the drug have been a contributing factor to the rise in crime reports around the city centre.

A series of reports ran by the Manchester Evening News stated that a “new and stronger strain of the drug was being pedaled”, with Greater Manchester Police being forced to carry out a “series of operations to lock up the dealers.”

The council’s city centre spokesman, Patrick Karney, said in response to the data: “I’m very disappointed to hear these police figures. We’re not going to run away from this news. We’ve got a real problem with that area, particularly drug dealers dealing in spice and cannabis.

“GMP have made a huge number of arrests but it seems there’s a demand particularly for cannabis. It takes two to make a crime so dealers are around.

“I’m very disappointed, but we are going to get more bad news while 2,000 cops have gone from Greater Manchester Police.”

Chief Inspector Cherie Buttle added that although Piccadilly Gardens is at the “heart of the city centre”, it is an extremely busy place, thus crime rates are expected to be higher in the area.

Buttle said: “We are challenging anti-social behaviour in the city centre, which includes open drug and alcohol misuse and any threats of violence with enforcement action such as warnings and injunctions and are making arrests in the more serious cases.

“It’s important that people who live, work, socialise and travel in and around the city centre feel safe and that vulnerable people are protected.”