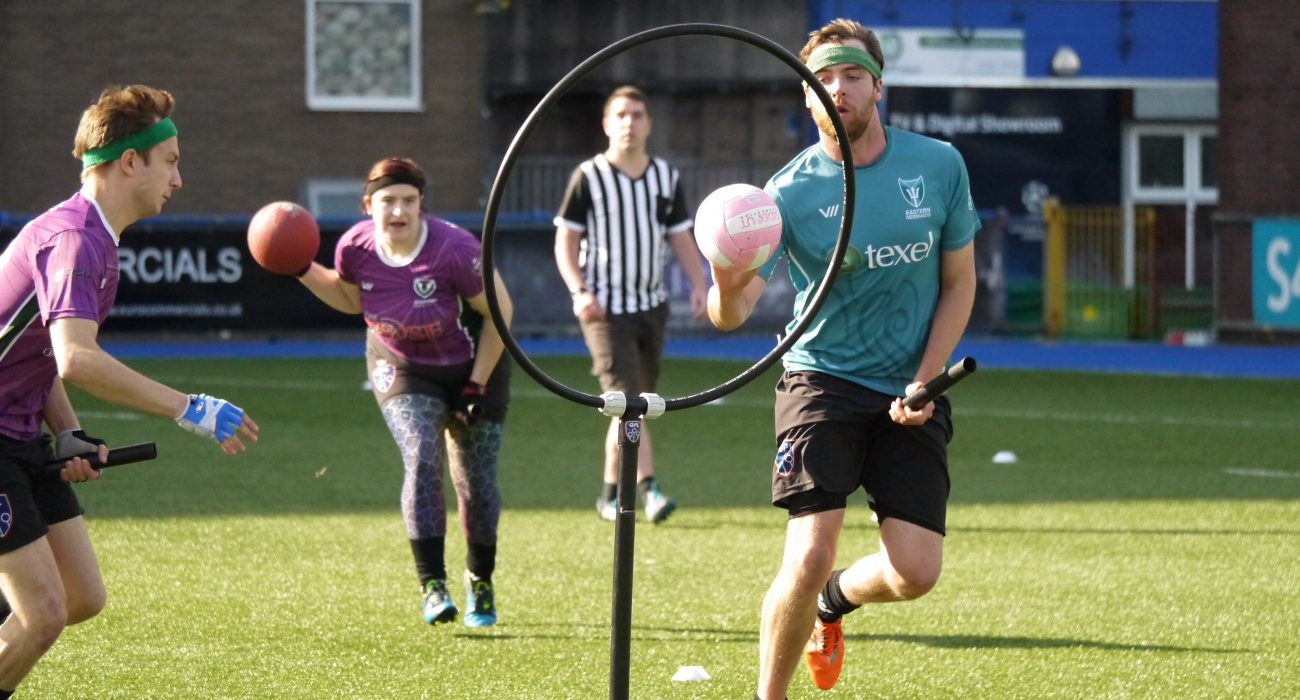 The Quidditch Premier League (QPL) has announced that the AJ Bell Stadium, Salford will host the QPL. The event will take place over 24th and 25th August, and will be the largest quidditch event ever to be played in Greater Manchester.

Jack Lennard, Founding Director of the QPL, said “We’ve held fantastic divisional fixtures in Greater Manchester for two seasons, so I’m delighted to be going back in 2019 with our Championship.

“The AJ Bell Stadium is a stunning venue, and lives up to the standard of the incredible stadiums we’ve played in since 2017. It comes in a particularly special year for us, with the addition of European teams for the first time, and two new UK teams — including the Northern Angels, who join the Northern Watch in representing Greater Manchester and the rest of the north of England.”

The QPL represents the most elite level of the mixed-gender sport in the UK and Europe. 17 teams from four divisions will compete to become national champions, with the QPL season running from June to August, seeing each team playing three divisional fixtures. After fixtures across Europe, all 17 teams will compete in Salford for the Championship.

Manchester is currently represented by the Northern Angels and Northern Watch, with the current QPL champions being the London Monarchs. The Angels are new to the QPL in 2019, with the Watch finishing 7th of ten teams in 2018. The creation of a second team for the North-West will mean that the Watch will have a second local rival, alongside the Yorkshire Roses.

The Northern division of the QPL kicks off in Liverpool on the 16th June, with further rounds in Leeds and Edinburgh over the summer. More information on the QPL can be found on their website.