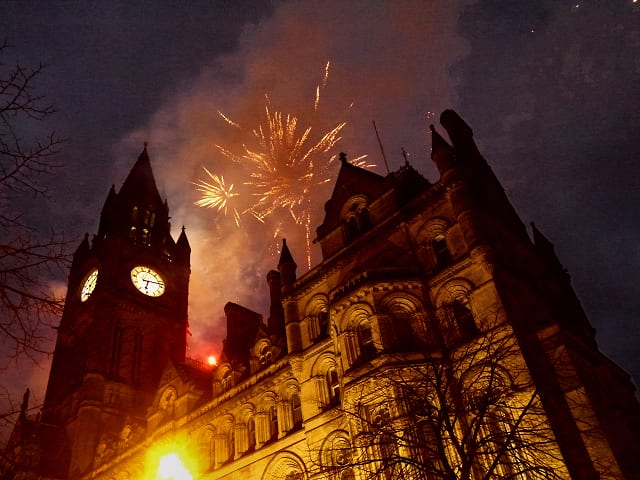 Your guide to some of Manchester’s hottest upcoming events

Whether we like it or not; the Christmas break is over. You’ve been down the pub for weeks, making promises of revision that never happened, you’ve feasted on more Terry’s chocolate oranges than anyone ever should, but now we’re back. Hopefully, you’ve settled back in, sat (and perhaps failed) some exams and probably repeated “fine thanks, how was yours?” to every course-mate, housemate, and just-mate in Manchester. Week one has commenced, you’re already steamrolled by the workload, but let’s make the sensible decision to neglect all that and party like a refresher again!

Exams are over. The chances are you partied deep into Monday morning, coming to regret that when the alarm went off for your first 9am. Last week kicked off the new semester in style, with Manchester seeing a whole host of musicians perform from Edinburgh’s unique rap trio ‘Young Fathers’ to the ominous and progressive London guitar band ‘Black Midi’ and ethereal electronic mastermind ‘Richard Spaven’; but let’s all be honest most of us were probably either in bed recovering from the night before or unwittingly on our way to 42s.

Club nights worthy of note would include Baxter Dury’s sterling performance on the decks at YES giving us the best that French disco and electronic has to offer, or the slightly heavier ‘Serial Killaz’ and ‘Ed Solo’ which was sweatier than Johnny Vegas in a Catholic confessional. However, the most important global musical development of last week has to be Ariana Grande’s latest tattoo, the Japanese text of which was meant to read ‘7 Rings’, a homage to a single of hers, instead reads ‘Barbeque Grill’ – which in my eyes, signifies 2019s going to be a good one.

Now, semester two has begun, in week one your boring mates are already using work as an excuse to not go out and we’ve all started looking to summer for our next sight of fun. Don’t be beaten so quickly – Manchester still has plenty of amazing gigs and club nights coming up which deserve some attention. In the way of gigs, we have lairy, psych-rock band ‘Psychedelic Porn Crumpets’ doing a headline show in YES which will be one to see, ‘Her’s’ hitting up Band On The Wall, ‘The Lemon Twigs’ performing at O2 Ritz, and ‘Willie J Healy’ all in the next month. For something a bit more unusual I’d recommend checking out legendary ‘DJ Foods’ multi-sensory exploration into the back catalogue of perhaps one of electronic music’s most pioneering and influential groups ‘Kraftwerk’. If you’re really into planning ahead may I recommend ‘Nubya Garcia’ and ‘Vels Trio’s’ gig at Band On The Wall, and ‘Joel Culpepper’ as absolute must-sees in March?

If all that’s not enough to tickle your pickle, or you want to enjoy fantastic music from the comfort of your cold, dark uni room, don’t worry, there’s still loads for you! 2019s bringing us some fantastic new albums from the likes of ‘Methyl Ethel’, ‘Czarface’, ‘Cass McCombs’, and the long-awaited ‘Thank u, next!’ from Ariana Grande, which is enough to motivate us all blissfully through the next semester.