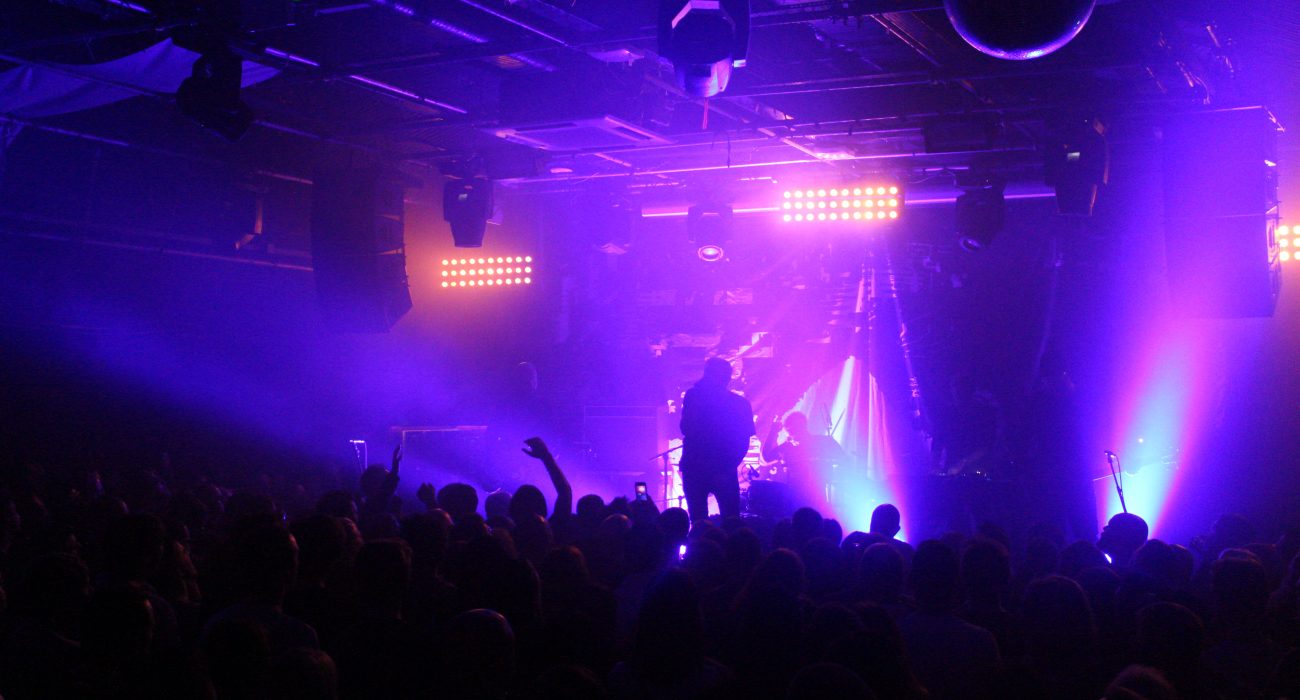 The Twilight Sad are a Scottish indie gem. With praise coming from notable big names in music like Robert Smith, it was perhaps only a matter of time before the band really came to the recognition in which they now experience, following the release of their last album It Won/t Be Like This All The Time. That isn’t to say they are newcomers — the band has been together for a decade, and at the forefront of Scottish music for much of it. As they have progressed their music has delved into somewhat more experimental genres, with the opening synthesiser arpeggio of their opener ’10 Good Reasons for Modern Drugs’ sounding off almost like a post-apocalyptic warning siren.

It has been, to say the least, a difficult year for Scottish indie music. There have been many bright spots emerging in what is a very close knit scene, but understandably the sudden death of Frightened Rabbit’s Scott Hutchison sent a shockwave through all that knew him. Inevitably, this tragedy heavily impacted the content of It Won/t Be Like This All The Time, and I was curious to see as to whether the level of impassioned strain achieved on the album could appropriately translate to a live setting.

Indeed, the set was all about the new album, which was played in its entirety, accompanied by a handful of songs from previous albums. With many bands I would find myself irritated by such a setlist, bemoaning the fact they aren’t playing any of my favourite old songs of theirs. But that was not to be the case here — It Won/t Be Like This All The Time is a stellar album and absolutely some of the bands best work, and at no point did it ever feel like there was a lull in performance or that something was lacking. A mixed crowd of fans, young and old, were there belting out the lyrics as if they’d known them for years rather than a few weeks — although I’m not quite sure if any voice in the crowd could have matched the subtle inflictions of James Graham’s Scottish brogue.

Many critics have used many varying terms to describe the band, on a spectrum ranging from folk to noise, but in performance they absolutely fell closer to the latter. The band perfectly encompass the genre of post-punk in 2019. Thumping bass lines underpin harsh guitar tones, with Graham’s baritone ringing out clearly over the whirlwind of noise the band creates. Songs seamlessly bled into each other, with the band occasionally taking a second to speak into the crowd, either to give thanks or address an occasional heckler. Rather endearingly, the motif of the night seemed to be Graham going on about sparing us from his “shite patter”, to which the crowd obviously roared their support. But ultimately there was no need for speeches or waxing lyrical, for the music did all the talking.

Perhaps when the music spoke most profoundly was during the penultimate song, as the band launched into a cover of Frightened Rabbit anthem ‘Keep Yourself Warm’ unannounced. I recognised it almost instantly from opening chords, and I’d be lying if I said I didn’t choke up a little. It’s a beautiful song, and the perfect choice for The Twilight Sad to cover. Nine months on from the death of Scott Hutchison he is still as sorely missed as ever, and this cover beautifully encapsulated just how much his work meant to a large group of people who find themselves turning to music as a means of understanding their emotional struggles.

The Twilight Sad will be wrapping up the first leg of their tour with performances in London and Glasgow before they embark stateside, where I hope they see the success over there that they absolutely deserve for putting out an album as fantastic as It Won/t Be Like This All The Time. As Robert Smith famously (at least amongst fans of the band) said: “If the world was a better place they would be playing to more people, and I think they can.”