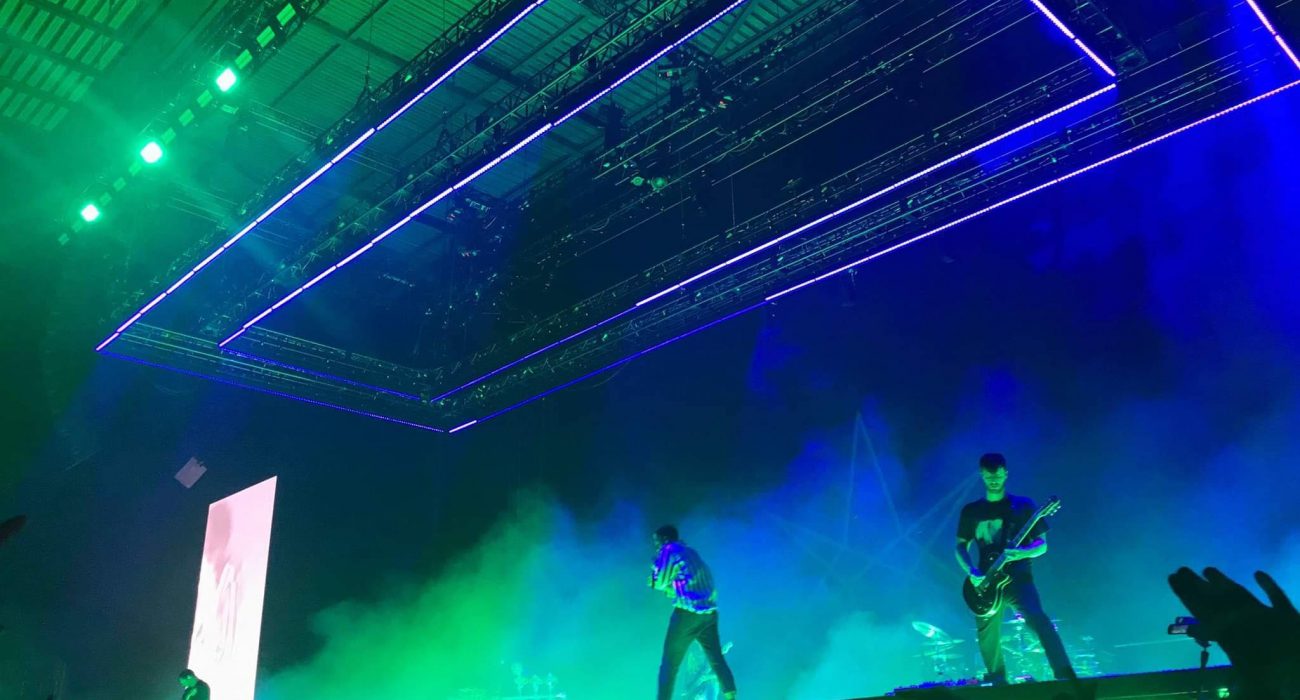 The release of Bring Me The Horizon’s AMO has been hotly anticipated after the recent success of their “spellbinding and specular” tour, which saw them delve into the depths of their previous work and explore new realms with their early single release, ‘MANTRA’. The show displayed their extensive commitment to delivering exciting and dynamic stage performances alongside a varied body of work that demonstrates the vast potential of the band’s talents and musical effort.

The journey through Bring Me The Horizon’s pretty vast discography has led them through a series of heavier rock moments alongside some snappy and experimental trials with electronic, pop, rock, and even punk. This, along with an overhaul of their aesthetic, has seen them transcend limitations perhaps seen in their previous works. The risks the band have taken here are highly commendable when you explore the lyrical content of many of the tracks.

From the opening song of AMO to the very end, there are some seriously thought-provoking questions raised about love, deceit, and loss in the most personal, spiritual, and societal sense. For instance, the lead single release ‘MANTRA’ takes a covert swipe at an ex-lover by describing a painful past relationship as having a controlling cult-like fervour that inspires the need to break free. The track taps into a personal fear by depicting the over-arching societal dread of being trapped in a controlled environment. This message is  reflected upon in the tracks ‘In the dark’ and ‘Nihilist blues’, the latter of which includes an electro-infused vocal performance from Grimes.

Most impressively, it is clear that there is a rather spectacular reformation of Oli Sykes’ vocals, with a glimpse of a new dexterity that would lend itself with ease to 2013’s monumental Sempiternal.  My only substantial complaint is in the band’s apparent desire to move away entirely from the heavy metal scene — a track with the same name is dedicated entirely to detaching from that genre and its connotations within their existing fan base. In the final moments of the song, there are some impressive vocals from Oli that seem woefully underused. Perhaps this is a purposeful move, poking fun at the stereotypes of the heavy metal genre. However, having seen Oli’s impressive performance of tracks from 2009’s Suicide Season and 2006’s Count Your Blessings, it seems a little pointless to not make more use of the “heavy metal” vocals, and advance an emerging scene of melodic metal with a little more courage and conviction.

There are some interesting correlations between ‘Medicine’ and ‘Fresh Bruises’, with a contrastingly upbeat synth track that I can easily imagine being played across a festival. It is exciting to hear music that seems so outwardly defiant, with lyrics that cut to the deep-rooted pain without a melancholic heaviness that is so prevalent in particular genres.

A standout track has to be ‘I apologise if you feel something’, which is instantly recognisable as the spectacular introductory instrumental from the MANTRA tour. The stark echoing synths align cohesively with the ethereal elements of the album and provide a balance that explores the dark sentimentalities of loss and damage that remains after the end of a disastrous relationship.

The album is far from perfect and I do fear that the ambitious coverage of so many elements has caused some of the earlier, more defining work to be disregarded in dramatic fashion. However, looking at the album alone I believe it is a tremendous effort that connects well with a changing fan base and has forged its own definitive path. Many of the single releases have proved to be successfully toured, and I look forward to future stadium-filling shows across their many festival appearances later this year.