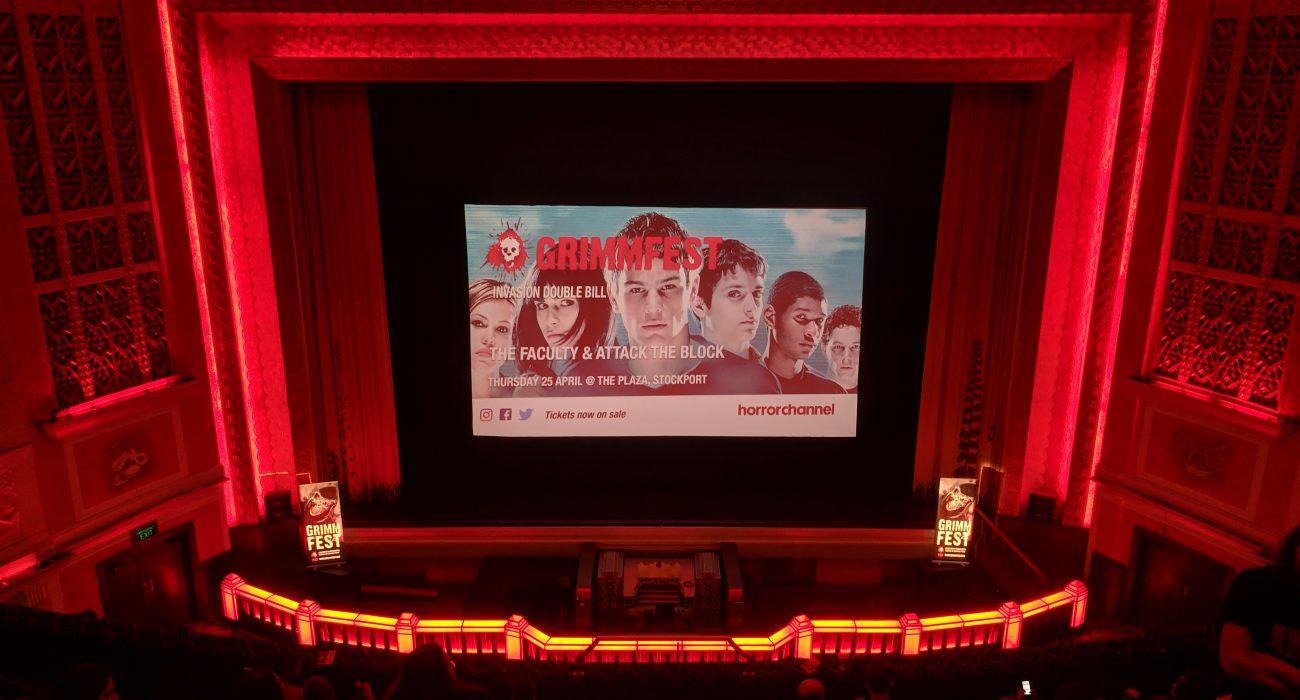 It’s fair to assume that the alien invasion sub-genre of sci-fi/horror is perfect for trashy, late-night film channel programming — but the genre is also home to some of the best films in horror.

From The Thing to Invasion of the Bodysnatchers, the alien invasion trope has some true gems in it, however it’s a real shame that trash films, like the 2005 Steven Spielberg remake of War of the Worlds, have tainted the legacy of the genre. The Grimmfest crew paid homage to two of the best alien invasion films at the Plaza, Stockport.

The first film on offer was The Faculty. The premise is cliché: aliens slowly infiltrate an American high school and our protagonists have to put an end to it to save their school and the world. The protagonists are also stereotypical — and their dialogue is too — but there’s some charming self-awareness to the 90s alt-rock soundtracked story featuring Elijah Wood pre-Lord of the Rings fame.

The Faculty is dumb, predictable, and a damn good time. I was laughing out loud for some scenes and it left me feeling fuzzy and warm.

To contrast the stereotypical American flick, Attack the Block was shown next. These two films couldn’t be more different from each other, Joe Cornish’s 2011 film is a clever yet accurate portrayal of South London street life.

Right off the bat, the film opens with a gang of teenagers, led by John Boyega, whose mugging is rudely interrupted by an alien falling out of the sky. Instead of running, the cocky youngsters hunt the alien down, killing it and presenting it to the block. As hundreds upon hundreds of aliens crash down into London, the classic trope of “the hunter becomes the hunted” is broken as a mutual hunt ensues.

Well-written, beautifully shot and well-paced, Attack the Block is a true testament to fine British horror, proving that a haunted old house in the middle of the countryside might be safer than a South London council estate.

Grimmfest monthly screenings return on 23rd May with the “Killer Thriller Double-Bill”, a back-to-back night of American Psycho chased by the classic Psycho.