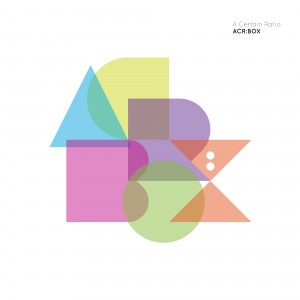 In Conversation with A Certain Ratio

To celebrate their 40th anniversary, A Certain Ratio (ACR) took over YES for a mini two-day festival over 24th and 25th May following the release of ACR: Box, a mix of singles and unreleased material.  The ACR fest saw various bands and DJs scattered across the four floors of YES and included Shadowparty and an Orielles DJ set.

The festival saw ACR play three different sets over the two nights; the penultimate performance saw two of the original members Peter Terrell and Simon Topping join the band for a special reunion.

Donned in a £10 suit from a charity shop, front-man Jez Kerr told me YES had been an appealing choice of venue because “a new place was very interesting to (them)”.  Having played most of Manchester’s venues over the 40 years, it makes sense that ACR would want to celebrate the band’s longevity somewhere new and upcoming.

ACR have always looked forward to the future when making music, and so by hosting a festival in a hip venue and inviting other bands to play alongside them, the band were opening up their music younger generations. Despite their best efforts, the crowd was unsurprisingly and overwhelmingly middle-aged for ACR’s sets.

As a young person, it was interesting to see such an experimental band that have been inspired by genres as far ranging as punk, funk, jazz, disco, and dub, however, I found the first set of the Saturday night a little too avant-garde. But there were certainly some crowd pleasers such as ‘Do the Du’ and ‘Lucinda’.  Their second set was definitely more enjoyable and included favourites such as ‘Shack up’ and a Talking Heads cover of ‘Houses in Motion’.

To fully appreciate and enjoy ACR, having a real grasp of their place in music history is vital as is probably a long-standing relationship with the band as a fan. As I looked about at the older fans who seemed to be lapping every moment up with real adoration for the band, I felt as if I was observing something I could not be fully part of.  Unfortunately for ACR, it is too late for them to attract many younger fans.

The ACR: Box is made up of 53 songs comprising singles, B-sides and some alternative covers of tracks. Jez tells me, “it’s a view of ACR over the 40 years and it’s a really good view”.  The “singles are in chronological order” and the “next 23 tunes are rarities, things that we’d forgotten about”.

Most people, myself included, might assume at first glance that the ACR: Box is everything the band has ever produced, a sort of ‘Greatest Hits’, but in typical ACR style it is clearly much more than that.  The Box offers an overview, which looks back at ACR’s successes while also putting out new tunes for fans to enjoy. It’s more of a statement piece for the band.

40 years is a long time, much longer than most marriages.  When I question Jez about the secret to the longevity of ACR he laughs and tells me “it’s very much like a marriage, you’re sort of stuck in it” but also “we really need each other to produce what we do”.

ACR seems to have a clear ethos when it comes to music: looking forwards and never backwards. And when it comes to running a band: “we’ve always split everything equal”.  Jez believes “it’s the clashes of egos” and “big money” that can make things go sour.  Fortunately for ACR, a strong bond, fairness, and a sole desire to continue to make music have kept the band going strong.

So, what does the future hold for ACR? Rather succinctly, Jez informs me a “new album and just continue doing it until you drop dead”.  After the success of their first 40 years, I don’t doubt it.

ACR’s new album is being paid for entirely by the band members themselves.  As far as I am aware the band are still in the process of producing it so it is currently without a title or a date of release.