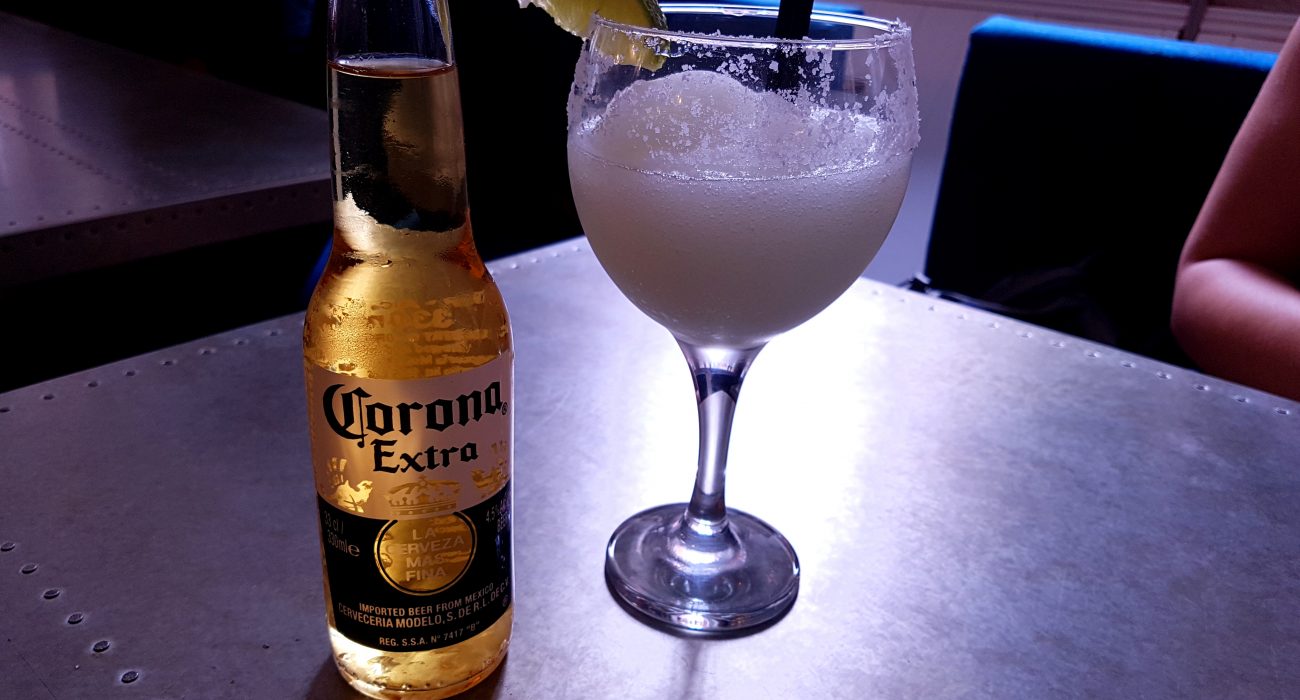 El Camino, which translates from Spanish as “the way”, is the latest Mancunian Mexican offering in the city centre, with their menu being served at The Cotton Factory – the restaurant at the Whitworth Locke hotel on Princess Street.

Therein lies the first plus point for El Camino: Location. It’s on the doorstep of the University’s North Campus and Gay Village, as well as being a five-minute walk from student favourite Yes. It has a good niche – not all the way in town if you’re coming from Fallowfield, meaning you don’t have to spend an eternity queuing on the bus to Piccadilly, and the perfect end-of-exams treat if you’ve finished in North Campus.

The decor is certainly very 2019, but with some extra touches – minimalist tables, plenty of plants, and a bar covered in old cassette tapes – the latter being a well-thought addition to the space, which could have been forgettable otherwise. As a side note, Whitworth Locke is a beautiful hotel, featuring an exquisite old-conservatory-cum-greenhouse as an entrance, which on sunny days is the perfect watering hole for Instagram. Speaking of which, the frozen margaritas were excellent, being boozey enough to enjoy yourself, but not so full of tequila that it tasted like drain cleaner.

We were served a four-course lunch, made up of a starter, two tacos, and a desert. The starter was Queso Fundido, which is made up of cheese sauce, red chilli, and tortilla chips. Think of it as a Mexican fondue. The tortilla chips were excellent, providing a good level of crunch but also not being too brittle to scoop the cheese sauce up as it hardened towards the end of the serving. The chillis, served on the side, also tempered the cheese – which was extremely rich. So far, so good: The only complaint one could level at this was that it was too large, resulting in you feeling quite full with more courses to come. On the El Camino menu, this is priced at £5.95, which feels fair, and is a side dish. It’s definitely a sharer.

Next up we had the tacos: First was a £3.75 single chipotle cauliflower with radish, red chilli, and sweet potato puree. This was by far and away the weakest dish of the four. The red chilli was far too strong, and covered the cauliflower and radish. The sweet potato puree was therefore quite forgettable, as your tongue had been numbed by the intensity of the chilli’s spice. It was as if the menu was in need of another vegetarian option, and this was all they had left – coming together to produce a mish-mash of flavours that just talked over one another. Tasting it was akin to being at a party where the host was being obnoxiously ‘fun’ to make up for the fact that everyone’s arriving late, and you’re left stood in the corner  being overawed by how hard they’re trying to be the life and soul. 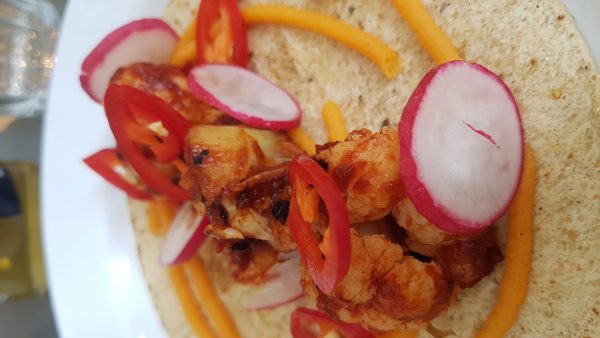 Quite disappointing. Photo: The Mancunion

Happily, the second taco was far nicer: Charred corn tortilla with feta, pico de gallo, and avo hot sauce. Not nearly as spicy, the tang of the feta acted as a nice counterbalance to the small kick the hot sauce. It was served with fish, pork, and beef, which reportedly were bland (Editor’s note: The Mancunion staff present were both vegetarian).

It’s also worth mentioning the second taco actually managed to fold far better than the first, meaning it comes recommended as a fancy-lunch option. 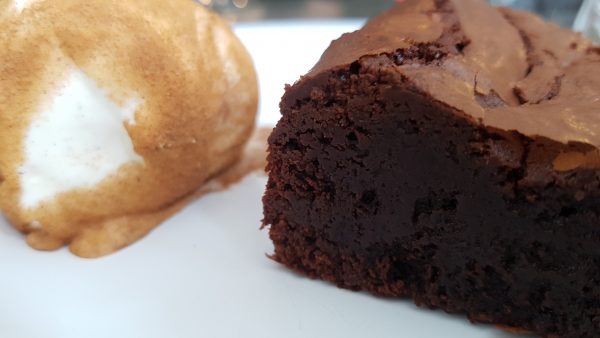 Finally, desert. An Ancho chilli brownie with cinnamon ice cream, which was superb. Gooey as an M&S advert, flavoursome as any desert you’ve ever tried – the cinnamon ice cream wasn’t too cold, crucially, so the brownie and ice cream could melt in your mouth for some type 2 diabetes-inducing ecstasy.

That perhaps shows the way for El Camino: Mexican twists on established dishes. It certainly felt the menu was at its best when it was adding some variety to the same-old, as opposed to re-inventing the taco wheel.

For more information on El Camino, head to their website here 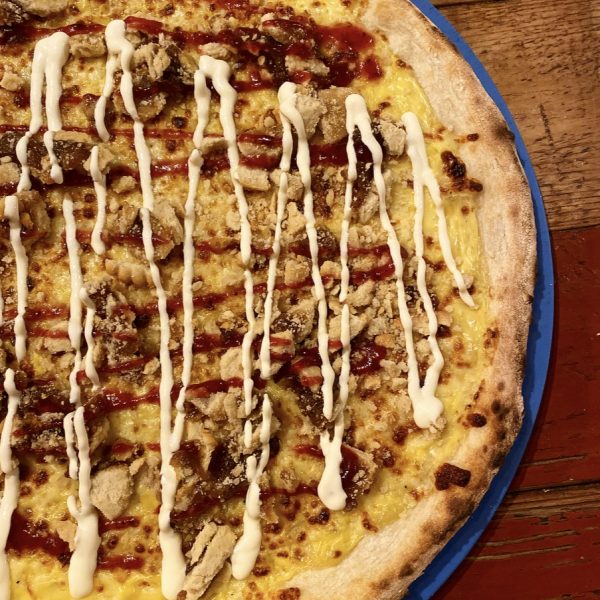