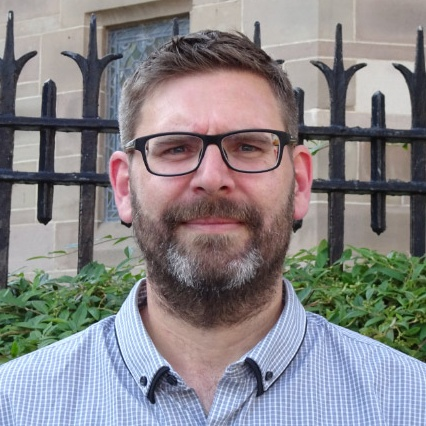 University of Manchester lecturer Dr. James Lincoln drowned in Wales last week, while trying to save his son from the sea.

The econometrician was on holiday with his family in Borth y Gest in Wales. His six year old son got in trouble in the water, but was successfully rescued with the help of his father.

A message from the Economics department informed Lincoln’s students that, unfortunately, “despite swift help by the public and the ambulance services James passed away.”

The loss felt by everyone Lincoln worked with is profound and sincere.

Mihai Codreanu, a recent graduate to whom Lincoln was his academic advisor, said: “James has been an absolutely great lecturer and academic advisor, always looking out for his students and being as helpful as he could have been.

“But most importantly, he has been a great person and a loving father. Quite often in our meetings, he would just start speaking about his children, and you could just notice how important they are for him.

“James had an impact on many different cohorts of economists formed at Manchester. We will all greatly miss him.”

“I’ll remember him as someone who was never afraid to ask for help and was very generous with his time to help others. I’ll remember his kindness and patience with his students. James was my colleague and my friend and I will miss him greatly.”

James graduated from the University of Manchester in Physics in 1995. James then enjoyed a successful corporate career before returning to Manchester to complete an Msc and PhD in Economics and Econometrics. His first teaching contract at Manchester began in 2016.

Final year student Pao Engelbrecht said: “James‘ lectures were easily the best during my past academic year… I will not forget our sometimes philosophical discussions resulting in me going to Blackwell‘s to buy books he recommended. I am very thankful for the chance of having been taught by him and for all his support.”

Eduard Krkoska, who graduated this year, told The Mancunion: “I can say with confidence that James was appreciated by all the pupils whom he taught. His lectures were interesting and insightful and moreover he was a witty speaker with an abundance of character.

“James was always happy to chat with students around lectures and gave up significant free time to help us out. Anyone who has chatted with James would agree that he was kind, patient and easy to get along with.

“James will be missed by all those whom he taught and especially by those of us who often spoke with him outside of his teaching. It is sad knowing that so many future students at the university will miss out on meeting James.”

The funeral service will be held on Friday 23 August 2019, 1pm, at the Crematorium next to the Southern Cemetery in Chorlton (Barlow Moor Rd, Manchester, M21 7GZ).

James’ family have extended an open invitation to students of the University of Manchester and have asked for it to be passed on that there is no dress code.

The condolences of The Mancunion go out to all James Lincoln’s loved ones.