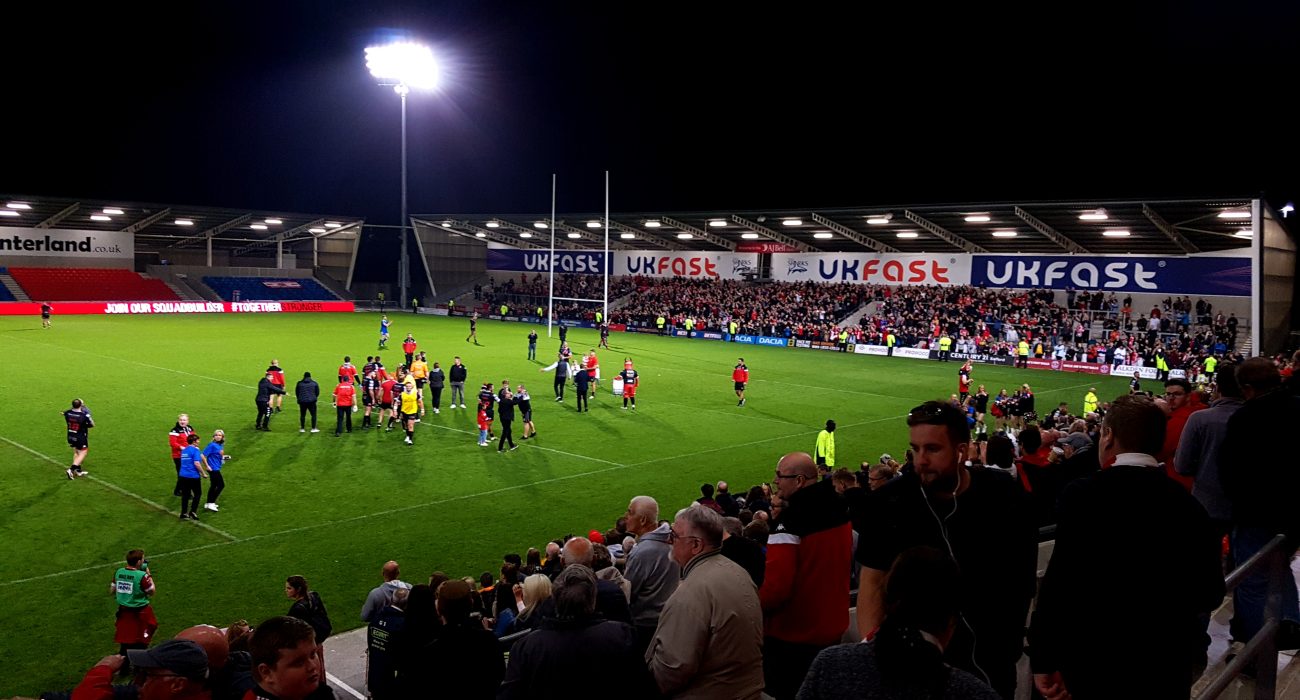 Salford vs Hull KR had it all. Photo: Ethan Davies

Salford ended their record-breaking Super League season on a high with a golden-point win over relegation threatened Hull Kingston Rovers.

Krisnan Inu’s 88th-minute drop goal secured a 17-16 win for the Red Devils, who now have won a record eight games in a row and finished best ever third place in Super League. In doing so, they have a shot at winning the league’s top prize for the first time since its inception in 1996.

Hull KR also had reason to celebrate – Wakefield’s home win over London Broncos relegated the southern side, and assured the Yorkshire’s club Super League status for another year.

It was KR who started the game better, with Josh Drinkwater diving over in the 8th minute. In truth, KR looked like the play-off side for much of the first half as Salford were guilty of making far too many errors, most of them unforced.

KR’s main error was Danny McGuire’s yellow card. He was sin binned for interfering with Jackson Hasting’s quick play the ball on the 20m line, and spent 10 minutes on the sidelines in his final club appearance.

It was Hastings who capitalised on that error himself, as he fed Jake Bibby to cross for the Red Devils, making it 4-6. 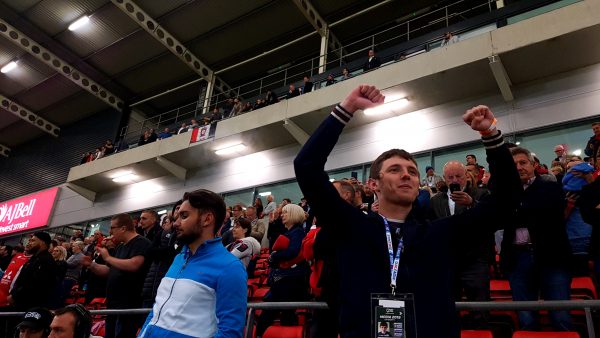 A Rovers penalty just before the interval from Ryan Shaw added to the lead, and once McGuire had returned from his spell on the sides, it was the away side who looked more assured. By kicking into wide space behind the defensive line, it forced Salford to drop a winger deep to cover – meaning the Red Devils’ forwards had to carry more, tiring them out – and allowing Hull KR to start their sets further into Salford’s territory.

However, as the game progressed, Salford began to raise their intensity and bombarded the Rovers’ line for the final five minutes. Hull KR at this point had put themselves into 16-10 lead, courtesy of a Linnett try, and a Shaw penalty. Tui Lolohea had replied for the home side.

In the final minute of regular time, the third back-to-back set Rovers had to fend off resulted in Joey Lussick’s dive for the line being one too many for their defensive effort to deal with, taking the game to golden point extra time.

Consisting of two five-minute halves, neither side could come within striking distance of a drop goal in the opening period, with Craig Hall having an effort from half-way fall way short, and Krisnan Inu also seeing an attempt fail, this time being charged down.

Inu’s next attempt would be the crucial one, with centre’s right-footed attempt from 25m out proving sailing between the uprights to secure the win, and a trip to Wigan in the play-offs.

If Salford were to lose against Wigan, it wouldn’t be the end of their season as the new Super League play-off format allows the loser of second vs third to have a second chance against the winner of fourth vs fifth – Warrington vs Castleford, in this case.

After the fixture, Watson said that he believed if his side played like they had done in previous weeks, they could “cause a few problems” at the DW Stadium.