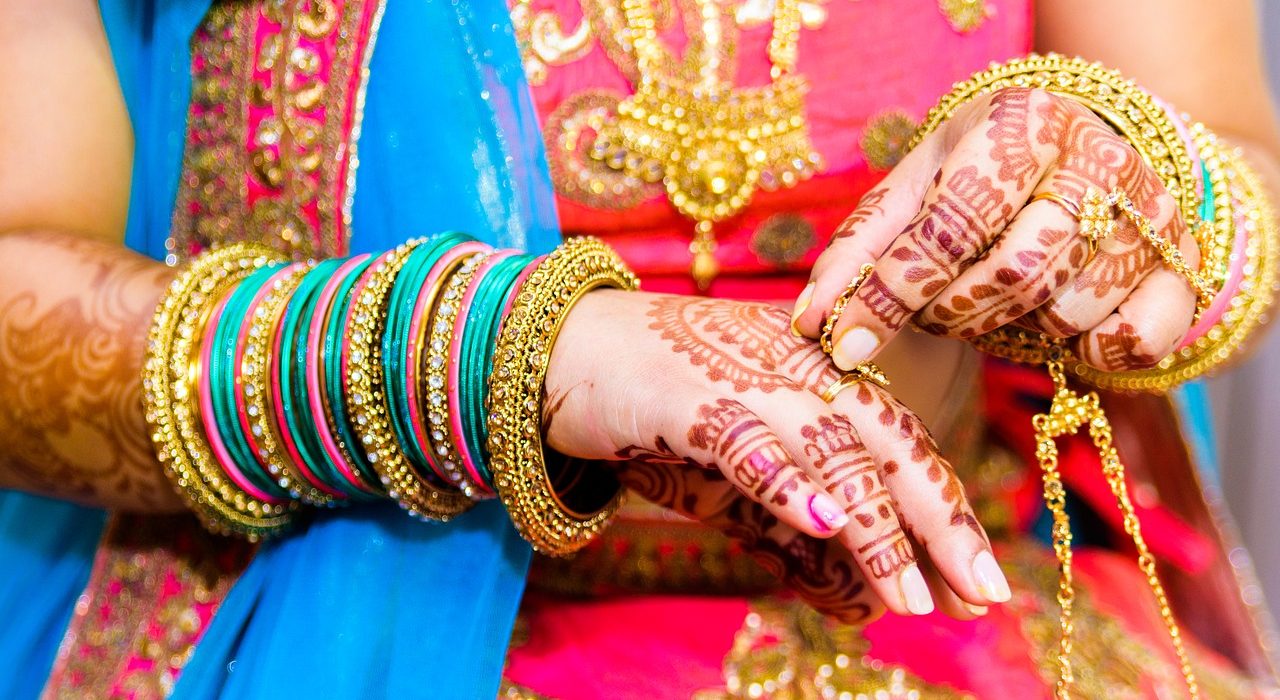 How I got over a cultural identity crisis at university

Indian culture is kaleidoscopic. From the yellow haldi used to colour our food, to the crimson red of our wedding lenghas, the dried paint we throw at one another during Holi, to the fireworks we set off at Diwali. There is a richness which saturates each and every part of our lives.

When I was younger, going to a wedding was like stepping into a Bollywood movie, a stained glass window brought to life. The clashing colours of the saris worn by women were made all the more beautiful by the intricate beading and embellishment which adorned them, reflecting golden light across the hall, glittering, dizzying, like when you stare into the sun too long and blink. I was awestruck.

Then came my rebellious phase.

If your teenage years are dominated by intense introspection and misplaced anger, I spent these years distancing myself from my culture. I went from being amazed by the colours which brightened my childhood, to thinking of them as garish, the embroidery tacky, the flowing layers and layers of silk and the ever-shifting silhouettes, melodramatic and messy.

In silent protest, I wore almost entirely black for the majority of my angsty teenage years. Where Indian fashion is characterised by loose layers, I wore figure-hugging pencil skirts and tight blouses. Where Indian jewellery is bright gold, intricate, and extravagant, I got a scaffolding piercing with a steel bar.

Rachael Zoe once said “style is a way to say who you are without having to speak.” At the time, I thought my fashion choices were simply a blazon rejection of my cultural heritage. But, they in fact pointed to complex, silent anxieties I had about my identity that I didn’t know how to navigate.

When you are born and raised in a country with a long, brutal history of colonialism in your ancestral home, with a long history of assimilation on the part of your people, it is easy to internalise the narrative that your culture is ‘lesser’ – especially when the country you are raised in always sees you as an outsider – despite the fact you are British.

I spent my teens struggling to find a way to be both British and Asian, the clashing values and ideals overwhelming me, the biases against people who looked like me ingrained so deeply I didn’t realise that they were there.

The place I grew up in West London is often called ‘Little India’. Walking down Southall Broadway is being transported. The streets are always overflowing with people, the air is filled with the smell of fresh samosas and the clamour of a hundred different languages. There are shops filled with a rainbow of shalwar kameez, saris, lehngas, all bejewelled and glittering under the warm store lights. In fabric shops, reams of silk and patterned cotton, peacocked and paisley, are stacked from floor to ceiling in jumbled rows. I felt out of place, too adapted to Western culture to understand the chaos and its synaesthetic vibrancy.

When a place serves as the backdrop to your life, it is easy to take it for granted, to misunderstand it. I did not realise this until I moved to Manchester for university, and was wholly unprepared for the culture shock. I went from constantly seeing my identity reflected back at me to being overwhelmed by the whiteness of the city I now lived in.

At home, I felt I wasn’t ‘Indian enough’ – I’m not religious, and I don’t speak my family tongue. So, to make up for it, I rejected everything that reminded me of this perceived failure. Now I was in Manchester, I felt a sudden need to cling onto my heritage, to outwardly express it, to weave it haphazardly into the very fibres of my identity and hide behind it.

I put all my black clothes in a bag and dropped them off at the nearest Oxfam. I started buying jewel tones, deep burgundies, navies. Then brighter. A fluorescent rainbow jumper. An emerald green bum-bag. I got my nose pierced with a gold stud. I was clearly overcompensating.

There is a psychological phenomenon called ‘enclothed cognition’ which describes the way – as Jia Tolentino writes in her essay ‘Always be Optimizing’ – “clothes that come with cultural scripts can actually alter cognitive function.”

Looking back, I realised that in both of these versions of me, I was using fashion, not to influence what other people thought of me, but to try and change who I was internally. I wore all black to strip away any hint of heritage and reassure myself of my British identity, then bright colours to convince myself I was Indian enough, to define myself (or potentially defend myself) against an alien whiteness I had never really experienced before.

This phase, luckily, was short-lived and, now in my third year of University, I have finally found my style. Understanding the layers and layers which contribute to my own sense of identity has freed me from performative dressing and allowed me to explore my own unique cultural heritage. I try and draw inspiration from Indian fashion, the interplaying timbre of different fabrics, the repeated patterns, the glamour, the liveliness, even if I still stay away from the more vivid hues. And, I feel more authentically me than I have done in a long time.