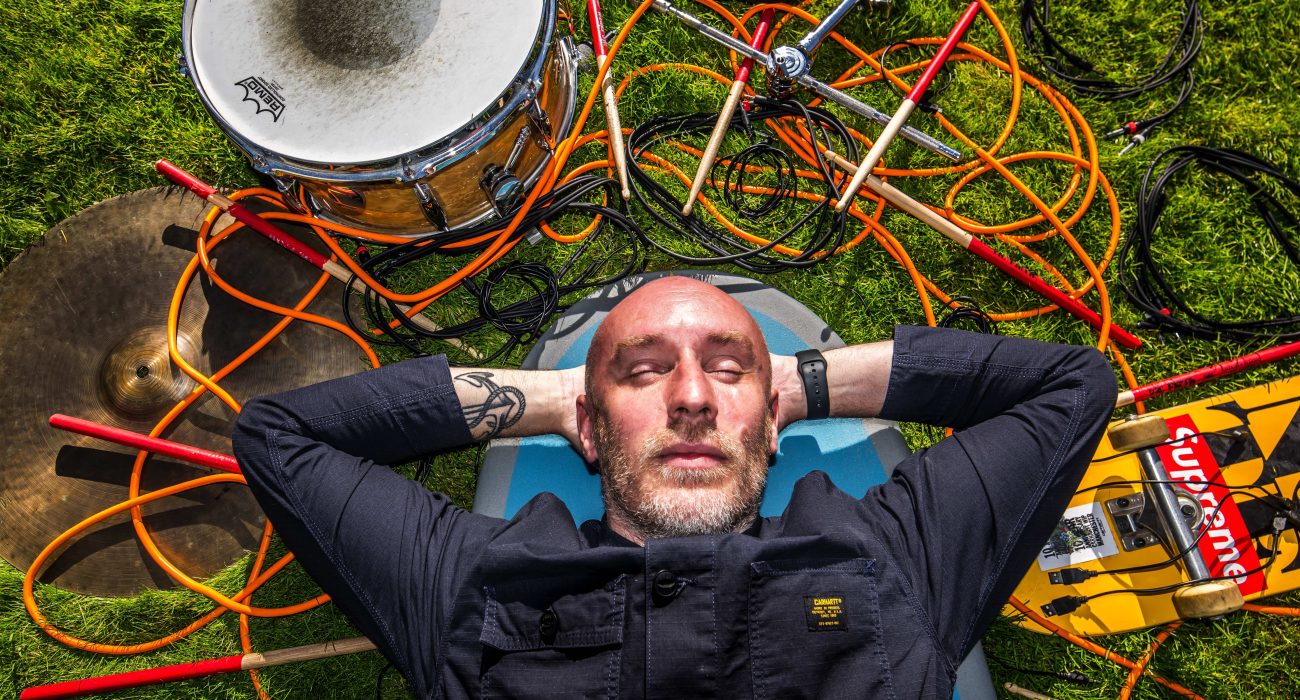 Drumming is a basic human instinct, so claims Chris Payne’s exhibition Flash Bang Wallop. Emerging as a passion project after watching and talking with Mike Joyce of The Smiths, the photography exhibition shows a series of portraits highlighting the memories and motivation for a varied selection of drummers. 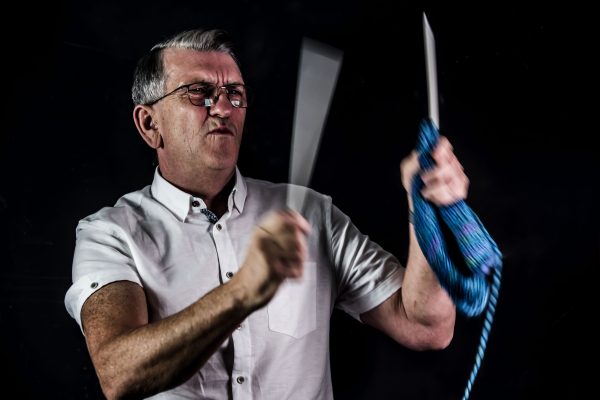 Among the drummers is a portrait of the man who initially inspired the exhibition: Mike Joyce. The portrait looks like it could be a shot from any gig, until you notice that instead of drumsticks, Joyce holds a pair of knitting needles, with one still attached to a few rows of blue knitting. Payne recalls to me the story that inspired the project: As a child, Joyce used to hit his mother’s knitting needles on the side of the sofa. His mother warned him that his father would kill him if he damaged the sofa; Joyce retorted that it’d be cheaper to buy a drumkit than replace the sofa. The rest is history.

What’s beautiful about the exhibition is Payne’s phenomenal ability to capture the spirit of each of his sitters. All of Payne’s images demonstrate a narrative, and he demonstrates his skill by creating vastly different, but equally stunning, portraits. In his depiction of Rick Jupp, the former drummer of Elbow, he shows the Jupp lying blissfully on a surfboard, surrounded by wires, drumsticks and a skateboard. Immediately obvious is the skateboarding subculture that Jupp told me inspired him to drum. It’s evidence that Payne listens to his subjects, and has a genuine interest in representing them honestly and truthfully. 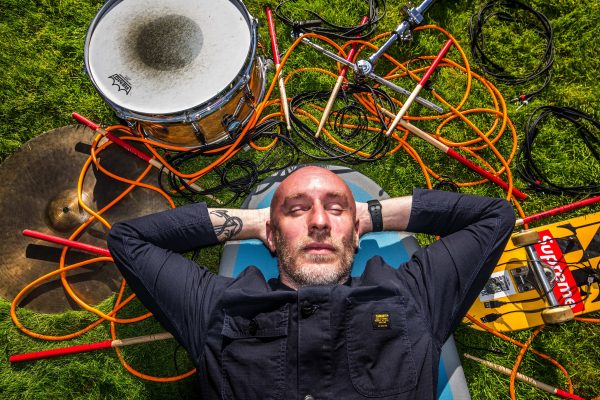 While youth is a theme of the exhibition, it is not exclusively underpinned by it. The portrait of The Duruti Column’s Bruce Mitchell shows him looking wise: His legs crossed on a green arm chair, his walking stick resting on him. Arguably the most striking image, Payne’s use of lighting produces an incredible painting-like quality. Those who know Bruce tell me that the image captures him perfectly. 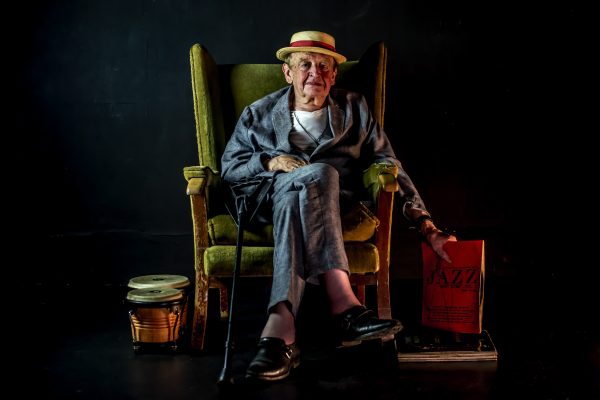 One of the most charming images by far is of nine-year old Gabe, a student of Jupp and a son of Payne. Arms high up in the air, about to hit the drum kit with youthful abandon, Payne captures the spirit that drives his son, and likely drove many, if not all, of his subjects. One of the sweetest moments came when an excited Gabe ran over to his portrait at the exhibition opening, proudly showing his aunt his portrait. 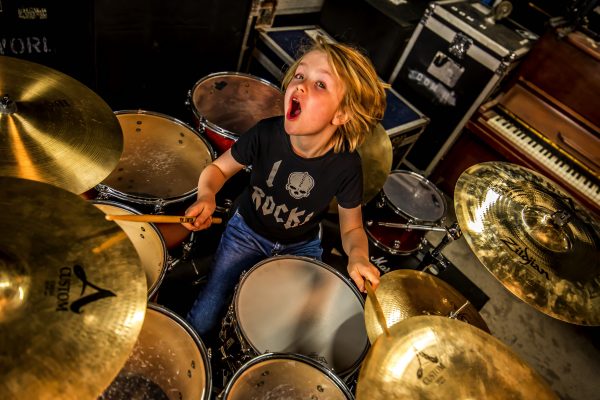 This interaction reiterated the importance, indeed the beauty, of HOME as a venue. HOME, as Payne tells me, has quickly fostered a warm and welcoming atmosphere since its opening in 2015. It is a place for stories and sharing, and Payne’s exhibition demonstrates that so gorgeously.

Chris Payne: Flash Bang Wallop is part of HOME projects, and will be displayed until Sunday 17th November.