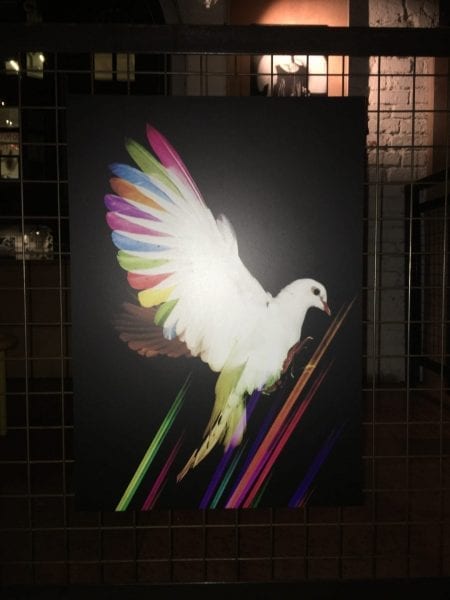 The Warehouse Project has comfortably established itself as the ‘crown jewel’ of Manchester’s club scene, but with a move to the much-larger Mayfield Depot venue this year after ten years at Store Street (albeit with a two-year sojourn to Victoria Warehouse) – the question has to be asked: How has Manchester’s most unique nightclub experience adapted?

Whilst the magic factor is still well and truly there, the nature of the beast has changed. It’s a lot bigger. And it was pretty big before.

For those who have been previously, they will no doubt have fond memories of  The Warehouse Project as this hugely significant event — people would travel from as far as Asia for it. Nonetheless, hidden away under an arch on Store Street, previous WHPs held a sense of secrecy about them — the smaller scale made it more exclusive. For years dance music could have been conceived of as another form of “counter-culture”, the same as punk and more recently hip-hop were to generations past, and this is what WHP showcased so well.

It is clearly evident now that to label the WHP as representative of any supposed “counter-culture” is inaccurate. The sheer scale of Mayfield Depot, with its capacity at an astonishing 10,000, scoffs at the idea of “counter-culture” — it’s just regular culture now. Naturally, an element of intimacy is lost with this shift in identity. Arriving at Mayfield Depot visitors are ushered along through a massive hall, a far cry from the comparatively tiny entrance to Store Street. The whole ordeal feels formulaic — gone is the sense of excitement and adventure, that feeling of liberation that Store Street featured so prominently, hidden away under Piccadilly Station. Now instead the whole experience feels a lot more commercial.

Like Store Street, the Depot is also host to three separate rooms, each of them remarkably larger than their predecessors. Instead of winding passageways leading people from section to section, the layout is much more straightforward, and therefore less interesting, albeit with added practicality. Exploring the Depot just isn’t as fun as it was exploring Store Street, but on the flip side, you’re less likely to get lost or lose your friends. Admittedly, the multiple tiers of the Concourse make for a more unique experience than anything Store Street had. Being spirited away from one room to the next in the whirlwind of a night just doesn’t thrill the raver at the Depot as much as it did at Store Street, thanks to how compact the latter was — and that was an integral part of the WHP’s charm.

With the increase in scale, one would assume that issues would arise, mostly time spent waiting at security checks, or at the bar. So it is a massive credit to the organisers that neither of those waits seemed to be egregious, given just how many people are being packed into the venue. Despite the incredible amount of people packed inside, the scale of the venue still allows for relatively easy movement in and out of the crowds. Despite the obvious added difficulty in running these events, the experience there remains pleasantly fluid.

Where intimacy is lost, spectacle thrives. Lights flash and shine across the chasm that is the depot, dazzling spectators as music pumps out in high fidelity. The huge scale of each event is now what sets it apart from any other nightclub. It’s easy to lament the change in atmosphere, but it is vital to recognise just how spectacular an experience that WHP is able to deliver thanks to its new home. Coupled with the star-studded lineup that has been drawn up this season, the size of the Depot is the perfect venue for showcasing the very best of today’s electronic music scene, on levels never before reached in the UK. The loss of the more intricate elements was clearly a necessary step for Warehouse Project to grow into the juggernaut it has now become.