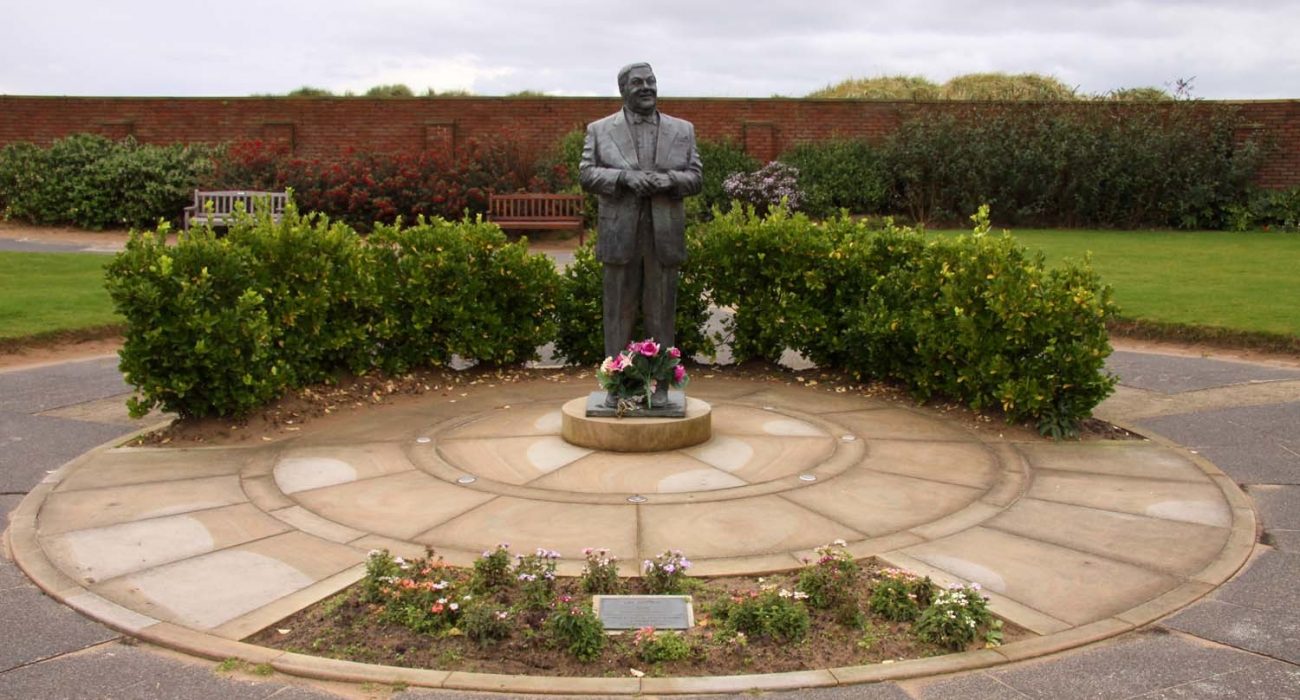 Mancunian comedian, actor, and presenter Les Dawson stands out from other 1970s ‘working man’s club’ comedians for the simple reason that, even today, his work is still laugh out loud funny. His routines rarely (if ever) negatively referenced taboo subjects such as race, sexuality and gender.  His material is still acceptable, even by today’s standards, which is no mean feat considering his contemporaries.

The obvious comparison to draw is between Dawson and fellow comedian Bernard Manning. There are some superficial similarities between the two in the area of fashion and delivery, but the likeness stops about there. Les Dawson’s humour was at once innocent and knowing, squeaky clean and joyously filthy. Manning on the other hand is best summed up by a reference by Steve Coogan in his 2014 autobiography: “an unfunny racist bigot”.

Manning’s style was hilariously parodied by Coogan and John Thompson in their post-modern character, Bernard Righton; ‘the northern stand-up comedian, reformed to political correctness’. They start off with a tension building, politically incorrect set up, only to juxtapose it with a totally correct and logical punch line which, more often than not, defeats the object of conventional joke telling. Thompson, dressed in a red velvet suite with a beer belly, pint and cigarette delivers the material in a gruff northern lilt:

“A Black man, a white man, a Pakistani and a Jew are in a bar… What a fine example of an integrated community.

“A lesbian, a Bisexual and a Homosexual are in a club… They had a great night.”

Dawson on the other hand focused his attention on a far more palatable end of comedy. His talent for storytelling was put to good use in his sets. He would regularly take the audience on a rambling anecdote, peppered with one liners and ending with one or two big punchlines. His subject matter revolved around family life. His wife, children and especially mother in law all featured heavily in material. His tales were accessible and relatable across the class divide, much like Peter Kay is now, and led to him becoming a firm family favourite.

He is remembered best for his piano playing. Dawson would play a piece badly, whilst all the time remaining completely deadpan. The humour comes from the same place as Alan Partridge and David Brent — never acknowledging your flaws, no matter how prevalent. Despite his committed performance when playing, the audience always felt as if they were sharing the joke. Dawson was brave enough to invite the audience to laugh at his mother in law and other figures from his life, but also to laugh at him. This attitude ultimately endears the comic to his audience and this was certainly the case for Les Dawson.

He is also famed for the ‘Cissie and Ada’ sketches which he performed in alongside Roy Barraclough. Two middle aged northern women, one slightly posher than the other. The sketches dealt in razor sharp observation, Paisley dresses and a generous dash of innuendo — a perfect combination!

Some of Les Dawson’s other comic collaborators included a post-Python John Cleese, legendary comedy writer Barry Cryer and “Five ladies who used to be decoys for a waling fleet,” The Roly Polies; Dawson’s plus-sized, middle aged dance troupe that must be seen to be believed!

Les Dawson has a blue plaque on the front of the Palace Theatre on Oxford Road. As you pass, please spare a thought for a still genuinely funny stalwart of British humour. His is a world of ‘no strings attached’ comedy in which good simple fun prevails. There are plenty of his finest moments of YouTube, but the best starting place for a newcomer, is his 1987 Royal Variety performance, featuring anecdotes, the legendary piano routine and the Roly Polies. Dawson died in 1993 at the age of 59. His laughs have been quiet for over 25 years. Lets bring them back.