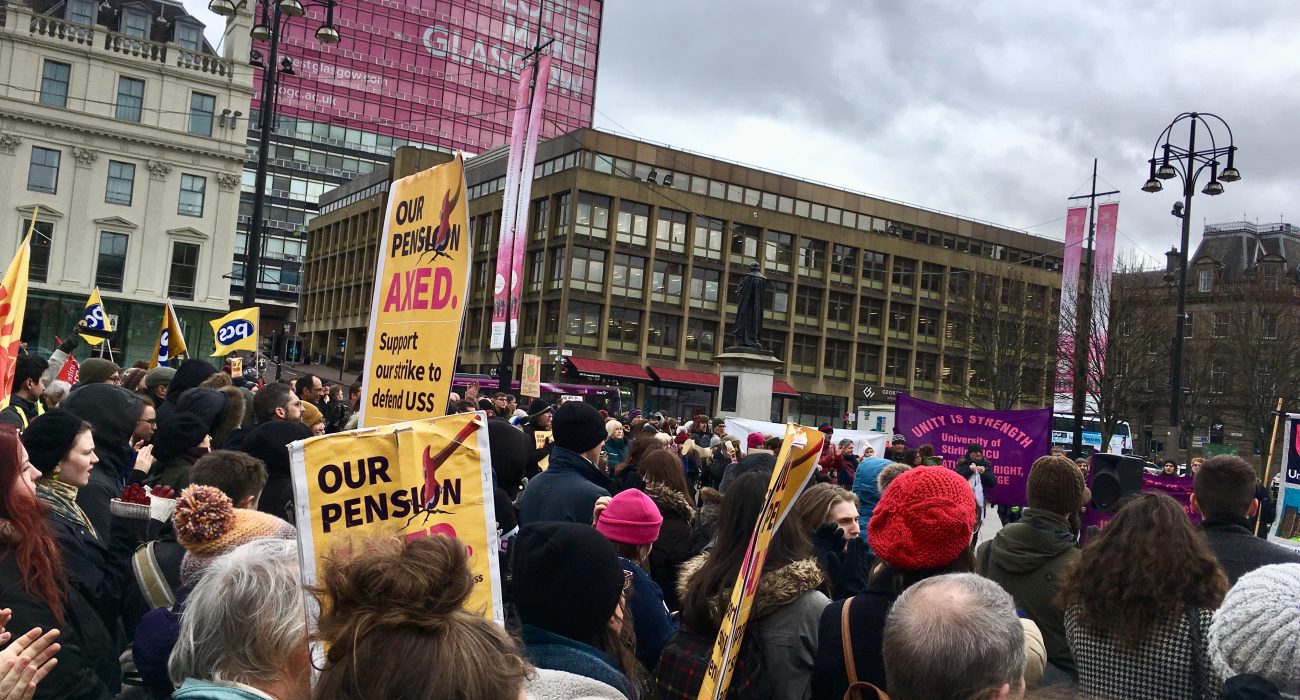 Academics and lecturers at the University of Manchester are set to join staff at 60 UK universities going on strike later this month.

Members of the University and College Union (UCU) have announced industrial action starting on the 25th of November and lasting for eight days, saying universities must act “positively and quickly” to avoid this.

The University of Manchester called the decision “regrettable,” and said that they will seek to ensure that disruption to students is kept at a minimum.

Last week, UCU members voted in favour of industrial action in two separate ballots over pension and pay disputes. The action follows extended strikes in 2018 after UCU and Universities UK (UUK) failed to come to a resolution over similar issues.

In a statement, UCU general secretary Jo Grady said: “The first wave of strikes will hit universities later this month unless the employers start talking to us seriously about how they are going to deal with rising pension costs and declining pay and conditions.

“Any general election candidate would be over the moon with a result along the lines of what we achieved last week. Universities can be in no doubt about the strength of feeling on these issues and we will be consulting branches whose desire to strike was frustrated by anti-union laws about reballoting.”

Many students voiced support for those striking, but did express concern over the impact strikes would have on their education. Third-year Law and Politics student Becca Windsor De Taboada told The Mancunion: “A lot of us who have experienced strikes already are very anxious because we know how it has previously affected our education. There’s a lot of talk about ‘don’t be a scab’ and ‘support your lecturers’ which is entirely reasonable and understandable, but I feel like the underlying fears of students aren’t respected enough.

“And I KNOW that this isn’t the teacher’s fault – it’s the fault of the administrative staff who are cutting their pay and their pension. But we are being caught in the cross-fire.

“Lastly, if the strikes last year didn’t do enough, what’s to say the ones this year will? Are there no more effective ways to hold people to account than holding our education hostage?”

Second-year PPE student Sam Cox Griffiths said: “If it impacts on us it’s because the University are treating the staff unfairly. These people want to work and if they’re striking it’s the University’s responsibility to treat their staff fairly to avoid interruptions to our study.

Chris Waugh, a teaching assistant at the University who voted in favour of industrial action, called the proposed pension changes “ludicrous”, but cited them as only one of a number of factors that motivated his decision.

“I would hope that it [a strike] will bring universities back to the table. I hope it will be a chance to draw attention to the issue around pensions, pay, and most importantly mental health.”

A University of Manchester spokesperson told The Mancunion: “This is most regrettable and while we recognise that pensions and pay are incredibly important to our staff, there is no easy solution to these issues as all have adverse impacts.

“Added to this, while we fully recognise the right of our staff who are UCU members to take industrial action, we will seek to ensure that disruption, especially to our students, is kept to a minimum and we will be advising them to work on the basis that their studies will continue as normal unless they are told otherwise.

“This means that they should attend scheduled teaching, complete and submit assessments by the relevant deadlines, and continue to plan for any examinations. The University will not benefit from strike pay deducted from staff and will use it to the benefit of students.

“Information about the industrial action for staff and students will be made available and will be regularly updated.”