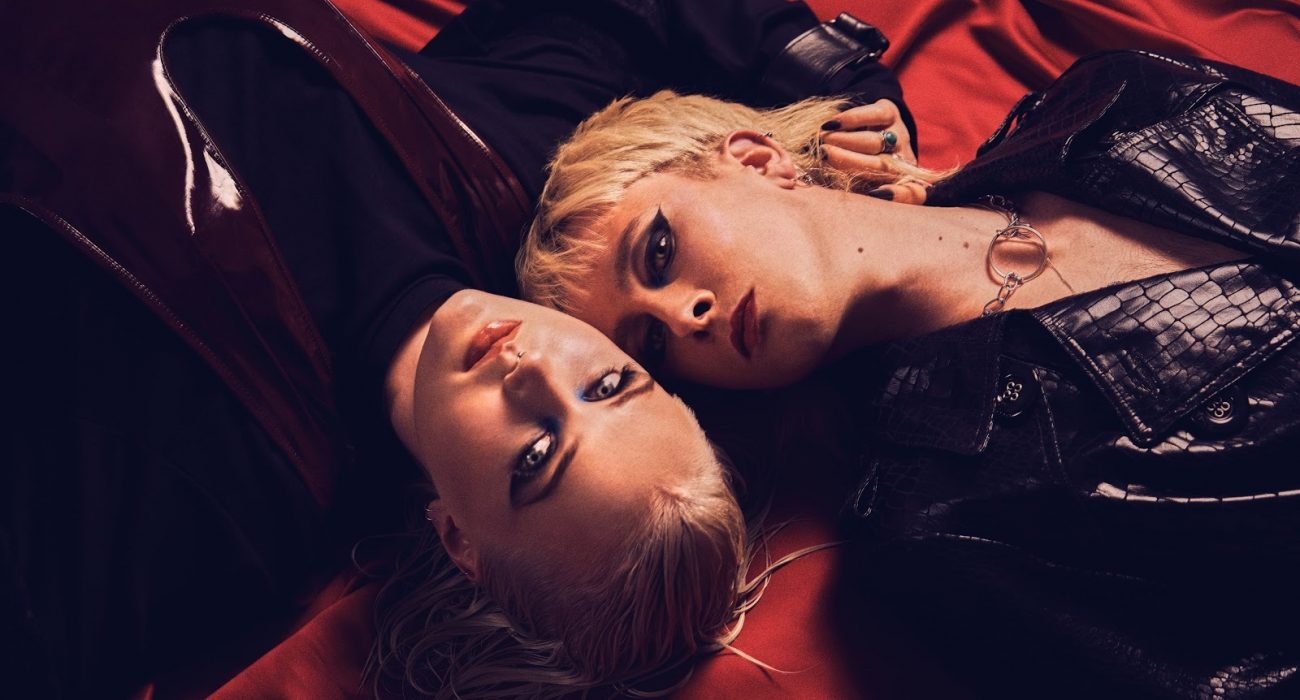 In Conversation with The Ninth Wave

“We’re fed up of being known as a post-punk band. We can do more than that”, Millie Kidd of The Ninth Wave tells me.

It’s my lunch break, and I had the opportunity to catch up with half of the Glaswegian duo over the phone, as unfortunately Haydn Park-Patterson and his incredible mullet were stuck at work. The Ninth Wave have gone from strength to strength in 2019, from the release of the first half of their debut, to touring with the likes of Yonaka and The Blinders.

Their album Infancy Part 1 was released this April, and Millie is unable to describe the second half of their record in just three words. In the end she settles for “unexpected, but not out of place”. The first six tracks included the hauntingly beautiful ‘Used to Be Yours’ alongside the brilliant ‘This Broken Design’ and all its 80s New Wave influences. Talking about how the songs were separated between the two albums, Millie describes having to find a balance between the two. She adds that in the recording studio it seemed that some tracks just “belonged together”.

The conversation continues on the topic of Infancy Part 2, with ‘Flowers in The Woods’ being the track that she is most excited for everyone to hear. The Ninth Wave are known for the array of sounds and instruments projected in their music, from synth to “drumming outside”, which was apparently featured in the recording of ‘Flowers in The Woods’.

When asked about the meaning behind their latest single and music video, ‘Human Behaviour’, Millie explains that “it is like finding tranquillity in disappointment, finding strength in something that should break you down.” The stunningly gothic music video fits into the aesthetic of the band, and depicts the pair tied in ropes. “It is about literally breaking ties with another person,” she continues, but admits that they were sceptical about its reception. Being so dissimilar to its predecessor, ‘Imitation’, Millie is adamant that they wanted to push the boundaries and “do more”.

On and off stage, the deep friendship between Millie and Haydn is undeniable. Surprisingly, however, Millie “hadn’t seen him in eight years and didn’t know him” before The Ninth Wave. Now, she gushes about not being able to imagine life without him. She talks of how there are “no barriers” to their friendship and they are “together 24/7.” Admitting that she was unsure whether Haydn’s tendency to spit on her onstage was purposeful or not, she describes everything as a laugh when sharing the stage together.

I probed Millie about their best memories together, and she laughs, recalling a time when they were recognised in Texas. “There was an Americana band playing in this old bar, and we got onstage and asked to borrow their instruments, and then played ‘Sweet Home Alabama’ until we were told to leave” she tells me.

During the live performances of The Ninth Wave, they are known for getting up-close and personal with their audience, which Millie tends to do during ‘Used to Be Yours’. She thinks it is “funny to see how [the crowd] react” and that “it’s nice to get offstage”. Moving the conversation towards the visual aspects of their shows, in terms of their costume, Millie answers “one day you can be something, the next it can change.” It appears that it is heavily dependent on whatever they are inspired by.

Growing up in Scotland, many of their first performances originated in Glasgow. Talking of Scottish crowds, Millie describes there “being nothing like them.” She reflects on the tight-knit aspect of their community, suggesting that the “hype men” at their shows are usually their friends in the crowd. However, she mentions their support slot for the Brighton-based Yonaka at London’s Heaven in May of this year and how great that crowd was, being close to the “ridiculous” nature of their home crowds.

For the next coming year, Millie simply states that she is “most excited to write more and develop more as a band”. Be sure to listen to Infancy Part 2 when it drops on 15th November, and to grab a ticket to their date at the Soup Kitchen, here in Manchester the night before.