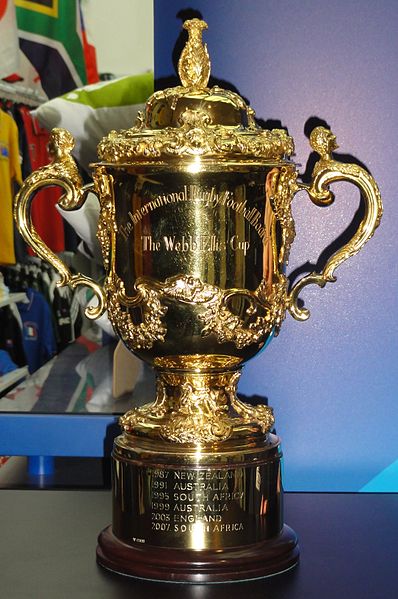 It is the 24th of June 1995, and perhaps one of the most iconic sporting moments is about to unfold. Nelson Mandela, wearing a Springbok rugby jersey and a baseball cap, hands the Webb Ellis Cup to the South African captain François Pienaar in front of a jubilant Johannesburg crowd.

Siya Kolisi and his side produced a spectacular performance in the final, breaking many English hearts at the same time, to produce what has been described by Pienaar as an even bigger achievement than the historic victory of the apartheid era.

In a time of instability in South Africa, the first black captain of the Rainbow Nation to win the World Cup can pave the way for togetherness and progress that can transcend being a purely sporting accomplishment.

Yet, it takes more than just the winners to make a World Cup special, which this one most certainly was. A memorable tournament relies on all the squads, fans, and the magic moments.

Much of the brilliance of the 2019 World Cup surely has to be attributed to the hosts. The brilliant run that Japan enjoyed in the tournament, beating Russia, Ireland, and Scotland in their pool, while demonstrating a style of rugby anyone could enjoy, lit up the home crowds and attracted attention from all over the world.

While the Japanese advance was eventually snuffed out by eventual the eventual winners, the home nation truly showed that the influence of rugby is ever-growing as they stood toe-to-toe with some of the globe’s greatest teams.

One Japanese match, however, took on an even greater meaning than any other match of the World Cup. Just one day after Typhoon Hagibis tragically claimed the lives of at least 80 people, Japan faced Scotland in Yokohama.

The world watched on as the host nation showed their strength, determination, and patriotism in an unforgettable fixture. The eventual 28-21 win for Japan meant they advanced to their first-ever knockout stage at a Rugby World Cup.

It was a fitting feat for the island that had borne the brunt of a natural disaster just 24 hours previous to find unity between the players and the fans and produce one of the greatest triumphs in the country’s rugby history.

From poignant messages to light-hearted moments, the World Cup had it all. Whether it was Jaco Peyper’s Welsh elbow photo, or the square up between Jake Ball and Faf de Klerk, there were certainly no dull moments to wish away.

Perhaps the most brilliant picture to emerge from the month of rugby was Owen Farrell’s response to the New Zealand haka. A war dance designed to give the All Black’s a psychological advantage seemed to have little impact on the England captain, who looked on with a wry smirk.

In fact, the haka was unable to penetrate the minds of the English players, who were fined for entering the New Zealand half with their v-style response to the haka. The side from the Northern Hemisphere went on to win the match 19-7 in what was one of the best performances from an English rugby side for over a decade.

England’s tournament can be taken in two ways. Firstly, there is the gut-wrenching agony of coming so close but falling at the final hurdle. The English players probably felt invincible after their semi-final victory and there was a real sense that the Webb Ellis Cup would end up in Farrell’s hands.

However, a quite brilliant performance typical of the current Springboks side managed to nullify all English threat and, in the end, Kolisi’s side ran out worthy winners.

The other viewpoint, and the one seemingly being taken by most fans of English rugby, is that despite the display in the final there were huge positives to take away from the tournament as a whole.

Although we did get a replication of 2007, rather than a much more desirable 2003 replication, the World Cup showed just how strong this English side is. Farrell, Tom Curry, Maro Itoje, and Manu Tuilagi should be given special mentions but in reality, the whole squad performed well, and the management of Eddie Jones should also not be overlooked.

Speaking via the BBC after the final, Jones said: “I’m not why we came up short today, sometimes you never know.”

It just did not happen to be England’s year, and frustrating as it may be the loss in the final should not overshadow what was a magnificent Rugby World Cup that will be talked about for years to come.