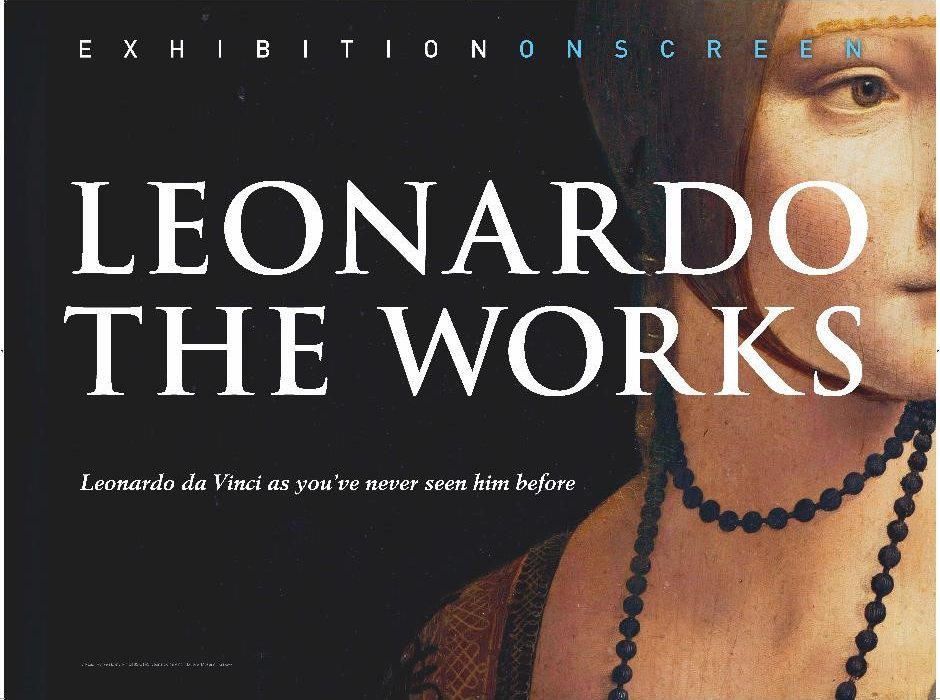 Last year, I went to Paris, hopping around galleries while I was there. After a series of incredible galleries, I eventually got, as everyone does, to the overwhelming, massively ornate Loevre.

I, of course, inevitably went to see its most famous inhabitant, La Gioconda, or, the Mona Lisa. Surrounded by bullet-proof glass and a plethora of sweaty, selfie-taking tourists, she could barely be seen. Leonardo’s work had been reduced to a fragment of its glory, hidden beneath its own fame.

Leonardo: The Works attempts to solve this problem. As part of the Exhibition on Screen series, the film is the first to produce Leonardo’s works in UltraHD on the big screen.

This is a treat. The shots highlight the details of the art, creating an intimacy with the works that would otherwise be impossible. The film is also set in a selection of locations; each location was beautifully shot, allowing the viewer a world tour of Leonardo’s works. In some respects, watching the film trumps the reality of seeing these paintings in the gallery setting.

Yet, unfortunately, this film has a vital flaw. While beautifully shot and being informed by a series of experts, fundamentally the film is… dull. Even as someone who has dedicated their degree to art, I found myself looking at my watch or, worse, nodding off. The film followed a logical structure, and all the works have their symbolism, techniques and relationship to Leonardo’s biography explained. It is an informative, excellent summary of Leonardo’s life and works but, ultimately, the film gives a simple narrative of Leonardo’s life. Sitting in front of this film for the best part of two hours can make even the biggest art lover slightly weary.

If you love Leonardo, this film is truly a feast for the eyes. But if you’re on the fence, it’ll be a long two hours in front of the screen.