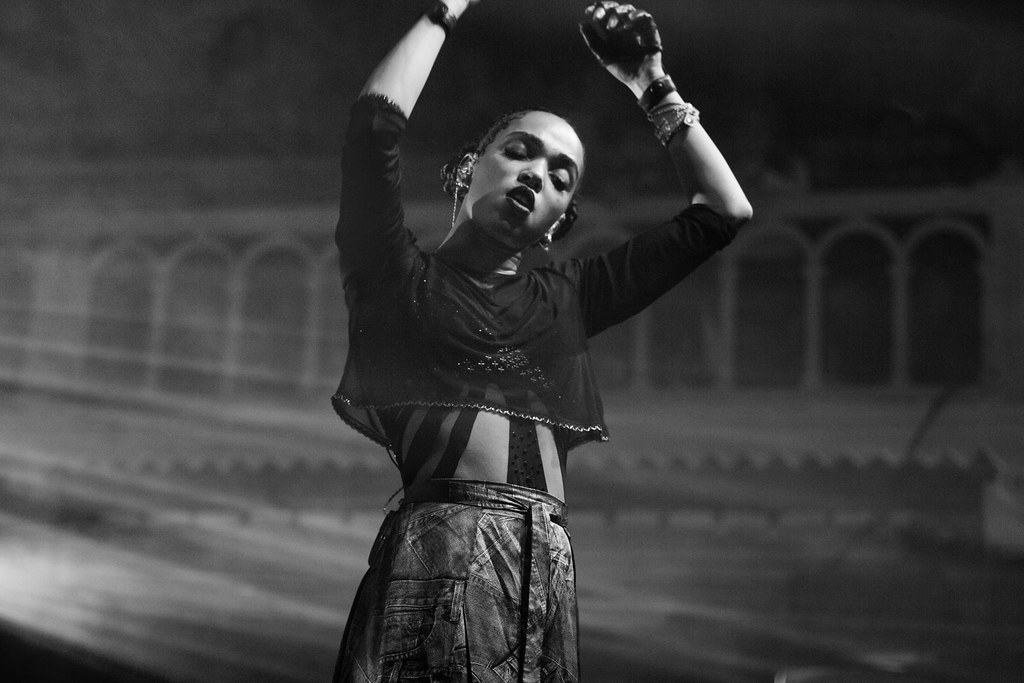 FKA twigs’ allure lies in the meticulous construction of her public image.

Her fiercely guarded private life (despite media efforts to pry into her relationship with teen heartthrob-turned-serious actor Robert Pattinson) has allowed her to take control over how she expresses all aspects of her musical identity. In this album, she speaks in largely metaphorical terms about the end of this serious relationship, and details her subsequent journey to self-love and fulfilment by carefully painting a picture of love, loss and desire.

This is not twigs’ first solo effort. In 2012, she was an enigma. Her aptly named EP1 flew under the radar for many. Though captivating, with striking music videos, she had yet to carve out a distinct identity that would have longevity. In being cast to the realm of ‘sad girl lo-fi alternative music’ that painted the ‘bedroom SoundCloud era’, there was a distinct lack of serious engagement with her work. As twigs became more popular due to the critical acclaim of further releases, she became a mainstay in electronic music, despite the infrequency of her work and limited social media presence.

Her dystopian music video for ‘Water Me’ from her 2013 release, EP2 encapsulates this. Her head takes up the entire frame, rocking side to side like a pendulum against an aqua-blue background. She repeats the same words, “He won’t make love to me now, now that I’ve set the fee. He said its too much in pounds. I guess I’m stuck with me.” As her music gained prominence and interest, so did the urgency of her lyricism, the precision of her music videos and the intricacy of her production. This is reflected visually by her EP and LP covers, which progressively bare more and more of her face and body as time goes on.

Twigs’ position of prominence in alternative urban music was solidified by the release of her first album, LP1. Co-produced by well-known electronic producer Arca, twigs catapulted into the centre of the ‘alternative r&b’ music scene, expertly merging heavy 808 drums, angelic choirs and unconventional synth patterns that come to a sonic climax on MAGDALENE.

On MAGDALENE, she revels in the intensity of a relationship that can be passionate and angry, (‘fallen alien’) as well as fragile and despairing (‘daybed’). The spectacular standout on this album, ‘home with you’ makes for a gothic-style musical. Twigs beautifully balances loud, clamorous drums with an elegant piano to create an almost theatrical song. Her voice flies over the instrumentals, accumulating to a superb climax that exercises the full capacity of her vocal range.

The most atypical FKA twigs song on MAGDALENE is ‘holy terrain’ with Future, the only feature on the album. A track that could easily have a Metro Boomin tag attached, twigs is more animated than usual, using the subtlety in auto-tune to enhance her voice. Future is his usual shallowly reflective self, recognising his wrongdoings, praying to God that he can better himself and ending his verse with the obligatory drug reference. Futures contribution is repetitious and expected, but the duet between the two of them on the chorus makes for an interesting listen.

The closing track of MAGDALENE, ‘cellophane’, is one of twigs’ best tracks to date. It is sparse and intimate, her paper-thin vocals almost at breaking point. From the first line “Didn’t I do it for you?” she is begging for answers as to why her relationship has fallen apart, not being able to fathom the prospect of being alone. We rarely see twigs using such minimal instrumentation, which only adds to the desperation of her sentiment. This ballad is one of twigs’ most direct songs, rivalled only by the song ‘Video Girl’ from LP1, where she details her frustration at only being known as a background dancer, constantly being asked “Are you the girl that’s from the video?.” Twigs is on the edge on ‘cellophane’, not being able to process her emotions but knowing that it is the end.

The tracklisting on MAGDALENE feels slightly disjointed at points; ‘mary magdalene’’s position at the centre of the album seems out of place, given she is the figure that twigs finds solace and strength in. In a recent interview with i-D magazine, twigs said that she “found a lot of power in the story of Mary Magdalene; a lot of dignity, a lot of grace, a lot of inspiration.” By placing downbeat, more vulnerable songs beneath it undermines the value of Mary Magdalene as twigs’ saving grace and conduit for redemption.

Having said this, her ability to consistently build tension throughout is masterful, and makes for a very compelling 38 minutes. MAGDALENE is picturesque and emphatic, pairing assured and confident production with wavering and desperate themes and lyrics. Twigs is open without being too personally revealing, leaving us with the same questions we have been asking since 2012: “who actually is FKA twigs?”