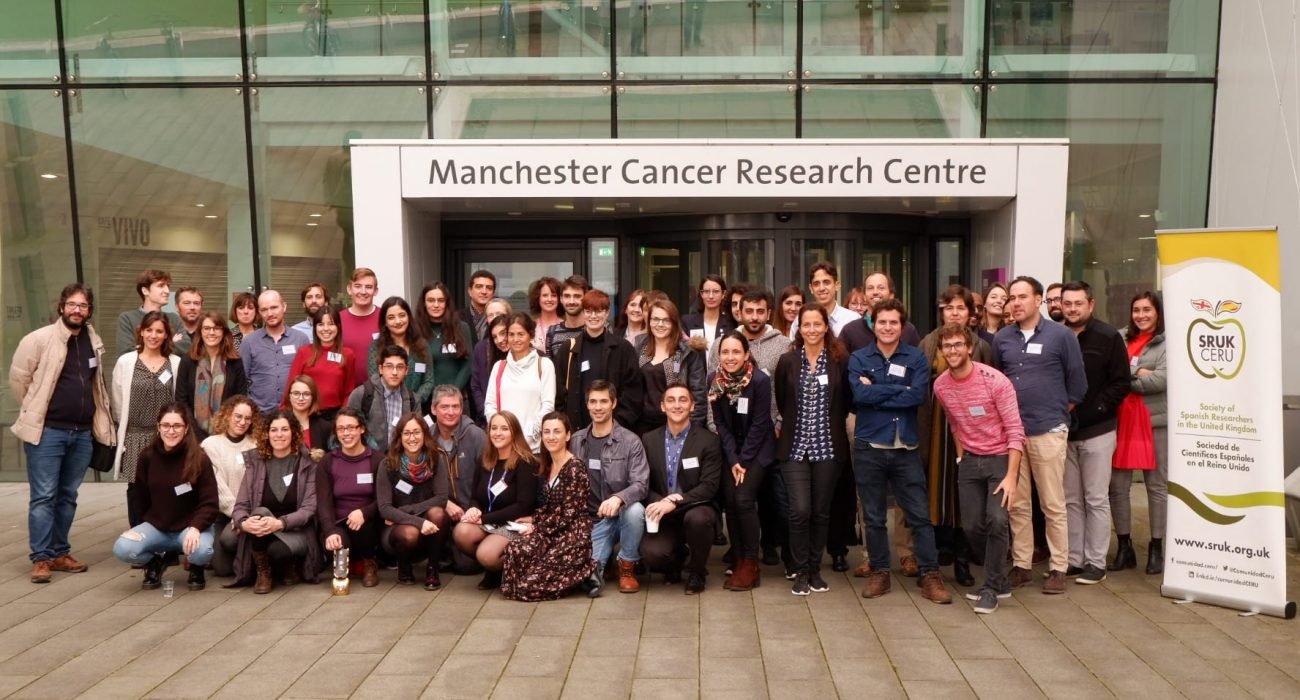 A networking day held in Manchester brought together world-leading scientists from the UK, Germany and Spain to discuss and showcase the latest advances in cancer research.

The event, organised by the Society of Spanish Researchers in the United Kingdom (SRUK/CERU), was held at the Manchester Cancer Research Centre. SRUK is a non-profit organisation that aims to build a collaborative European network of young researchers to promote scientific discussions between research centres.

The Manchester Cancer Research Centre (MCRC) is one of the leading centres for cancer research in the UK. It was established in 2006 as a partnership between the University of Manchester, Cancer Research UK and The Christie NHS Foundation Trust.

The first session focused on metastasis – the spread of cancer to different parts of the body. A talk by Professor Laura Machesky from Glasgow highlighted the importance of cancer metabolism in making cells change their shape to cause invasion and metastasis.

Another talk saw Dr Jacob Insua Rodríguez from Germany discuss the importance of considering the whole tumour when designing anti-tumour treatments, as chemotherapy can attack cancer cells and modify the environment around them.

Dr Claus Jorgensen from the Cancer Research UK Manchester Institute was joined by researchers from Spain to discuss the latest advances in research on the tumour microenvironment. In addition, researchers from Edinburgh, Barcelona and Madrid focused on different aspects of cancer metabolism.

There was also a round table discussion about diversity, equality and inclusion in academia. The University of Manchester, which is a partner of MCRC, is committed to creating an environment where everyone is treated fairly.

The president of SRUK/CERU, Rocío Gaudioso, said, “With these initiatives we seek to create a vibrant international network of collaborations to develop new ideas of how to strengthen ties between institutions and researchers to facilitate the advancement of science.”

This networking event is the first of a series of seminars that will be held in the UK and Spain to bring together world-leading scientists and young researchers in the field of cancer research.