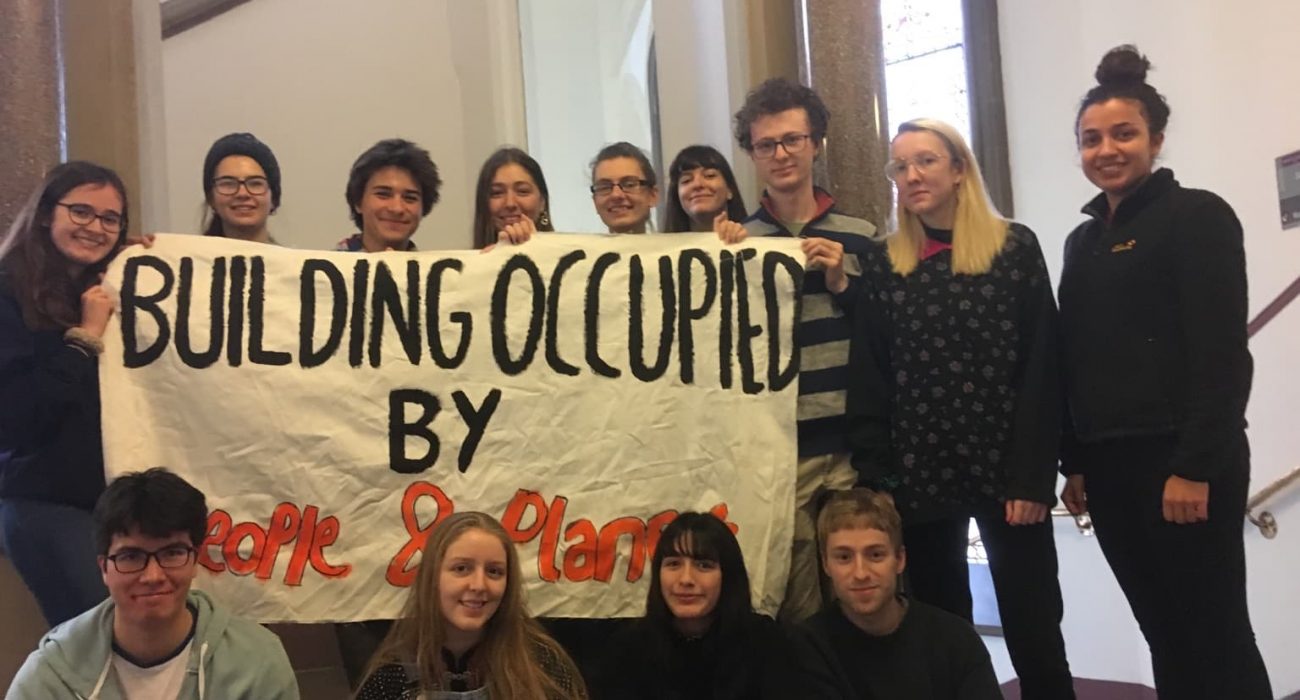 University Senior Leadership and student climate activists are set to meet in an effort to end an occupation of the John Owens building by People and Planet and Fossil Free.

The protestors, who moved into the building on Tuesday morning, are demanding that the University cut ties with the fossil fuel industry, and intend to continue their occupation until the University fully commit to divestment.

A meeting attended by the protestors, Students’ Union Exec Officers, University Senior Leadership, and investment experts, is now due to take place on Monday in the occupied John Owens building, which is home to the University’s finance and Senior Leadership teams, including Vice-Chancellor Dame Professor Nancy Rothwell.

Speaking to Fuse FM, two protestors inside the building, Daniel and Kayleigh, called the move a “breakthrough”, but explained their decision to continue the occupation.

“Initially we were thrilled that we were receiving communication at last from the University, but eventually we decided that we would have to refuse their offer. We have a list of 7 demands and this one barely met the first.”

Kayleigh and Daniel said the group had enough supplies to see them through the weekend, and that they are determined to occupy until their demands are met.

A small protest staged by Fridays for Future took place outside the building on Friday in solidarity with People and Planet. Students at Newcastle University have also signed an open letter in support of the occupation, calling for UoM to follow the lead of Newcastle University and the University of York, among others, and divest from fossil fuels.

The protest has also received support from groups across the Greater Manchester area including the Manchester branch of the University and College Union (UMUCU) and the Manchester Green Party.

Lucy Bannister, Green Party candidate for Manchester Withington and University of Manchester alumnus, said: “I am heartened to see the energy on this campaign, which started whilst I was a student[…] I am disappointed that the University has made little to no progress and has failed to act on this urgent issue.”

People and Planet has been pressuring the University to divest from fossil fuels for eight years through a variety of campaign methods. Last June, a group of student occupied the same building for 24 hours, but were forced to leave after their access to toilet facilities and water was blocked.

Earlier this semester the group sent the University an open letter asking for a dialogue to be started about divestment and warned collective action if the University remained unresponsive.

The group say they have seven demands, which include the University opening a dialogue with their students, divesting from the fossil fuel industry, giving regular and public updates on the progress of their divestment process, and “engage with issues surrounding climate justice and decolonisation”. The group also demand that no punishment be inflicted on students participating in the occupation.

In his letter, COO Patrick Hackett reminded occupiers that “any occupation of University premises is unauthorised and without the University’s consent or licence; and accordingly the University reserves all legal rights and may take at any time appropriate disciplinary or other action as it sees fit”.

Speaking on Fuse FM, People and Planet told the University: “We are very disappointed with the fairly draconian response that you have enacted against this occupation. We would welcome a dialogue but only if it is in the John Owens building and doesn’t require us to end our occupation”.