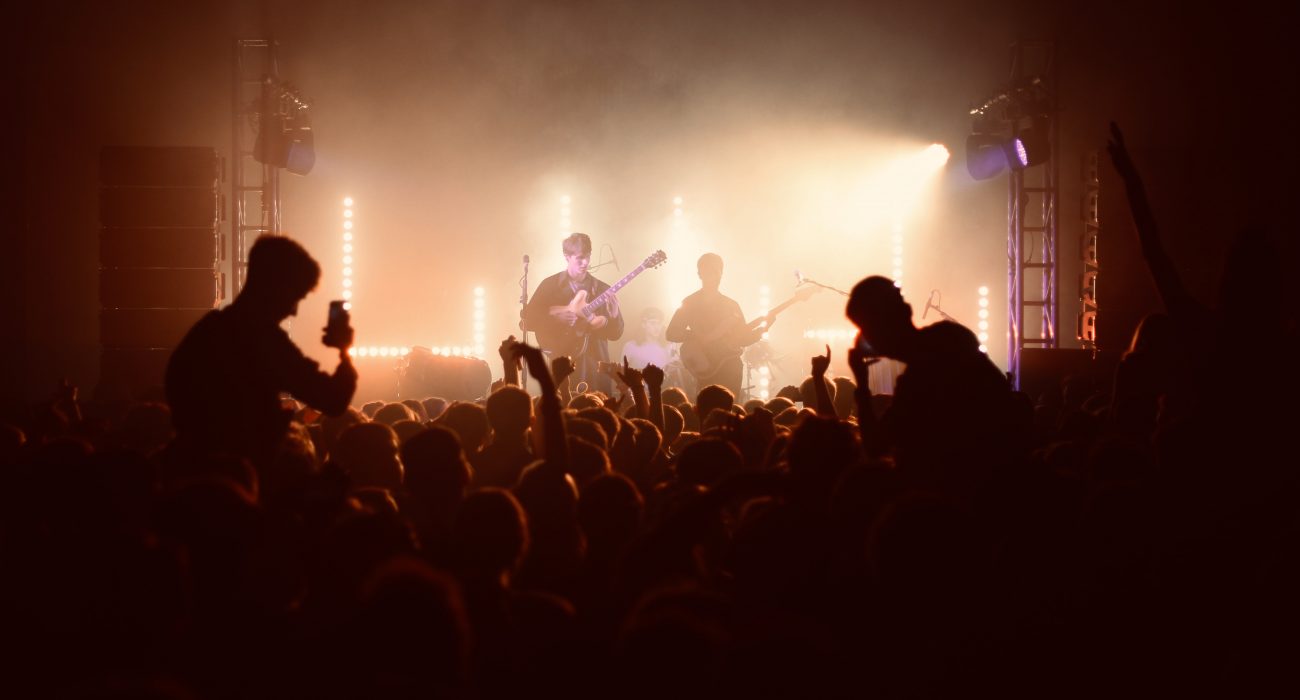 For many people the experience of going to a gig is something that provides that well-needed release. So as Halloween approached last week, I was sure that a slightly spooky and hopefully entertaining gig awaited at the impressive and quite unexpected venue of Manchester Cathedral!

It was true that the Cathedral came to life that evening for this not-so-spooky, but nevertheless entertaining, gig. It was hosted by Northern three piece Cassia and proved to be a real voyage of discovery (beyond the various pirate costumes that formed a sort of loose theme throughout).

The first act of the evening came from 18 year old singer-songwriter Tom Gibson, who gave a beautiful performance with his band that set the tone for the indie-infused spectacle that would unfold as the evening progressed. His music slots more directly into the pop genre with a light smattering of guitar riffs that drift by pleasantly and make for an extremely easy listen. There was nothing especially ground breaking in his set, but the sound resonated about the arches and filled the room with enjoyable ripples of sound. He eased the crowd into a steady sway which would soon become surprisingly and quite profoundly more energetic.

The following performance stepped up significantly in terms of crowd energy within the room but honed a similarly earnest hunger for sonic impact. Leeds’ four-piece Marsicians seemed to have a real hold on the growing crowd from the very start of their set. Confidence leapt between the band members who had a fantastic rapport with each other. This rapport was really reflected in their performance and ability to deliver some stellar sounds. The band have an excellent understanding of their vocal abilities with some lovely harmonies ringing true through several of their tracks. They appeared truly consumed by their music as they playfully circled each other, ruled by their extremely experimental guitar riffs and sense of fun. The track ‘Too Good’ was a firm crowd favourite and something special when played live. Marsicians really set the room alight and provided a true warm up for what was to come. 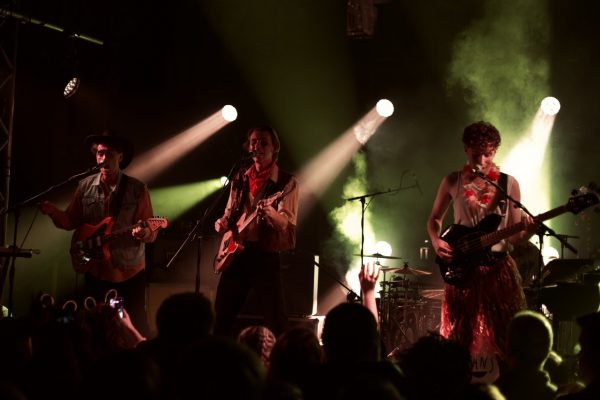 Although the gig primarily learnt on Cassia’s sufficiently honed musicianship, it was really impressive and exciting to see active variation in style and lighting that brought their specifically breezy indie aesthetic to a heightened state throughout the gig experience. There was a real, tangible energy that coursed through the high arches and really encouraged the young and highly boisterous crowd to give it their all.

The centre of the room became a complete whirlwind of arms and legs as an excitable pit took over and the band reacted with equal enthusiasm, interacting regularly as the swell of bodies moved quite vigorously to the otherwise rather relaxed indie sound. It seemed bizarre at times but ultimately fitting for a Halloween themed night out and quite the testament to the bands who had a really dedicated following.

Highlights included a playful trip through Cassia’s latest releases ‘Replica’ and ‘Loosen Up’ which saw lead guitarist Rob Ellis and Bassist Lou Cotterill making the most of opportunities to harmonise with relative ease. A beautiful choral rendition of the popular track ‘100 Times Over’ created a very ethereal echo through the arches of the Cathedral, furthermore cementing the venue as an excellent setting for live music of this kind. Sights and sound seemed aplenty as the various elements converged on an ever intensifying crowd.

A brilliantly executed show from start to finish, paired with talented supports in a venue that had a colossal and yet equally balanced acoustic quality. There were no screeching scares to be heard from the soundboard but enough shouts of enthusiastic delight from a suitably entertained crowd.