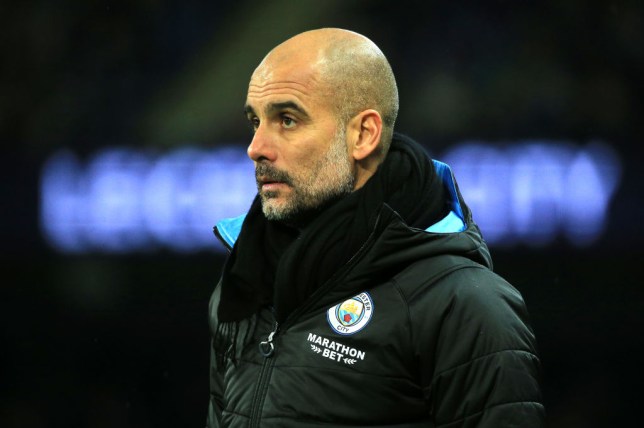 Manchester City have been banned from participating in UEFA’s footballing competitions — the Champions League and the Europa League — for the next two seasons, as well as being hit with a €30m (£25m) fine after it was discovered that the club had misled UEFA by flouting financial fair play (FFP).

The club responded immediately to UEFA in a battle-ready statement, illustrating City’s desire to fight the decision tooth and nail. The club seek to take UEFA to the Court of Arbitration for Sport (CAS) at the “earliest opportunity”, believing their decision — a judgement that arose through the leaking of sensitive information through the whistle-blowing organization Football Leaks — was based on a catalogue of information placed out of context in an investigative process they believe to have been, in City’s own words, “flawed”.

More specifically, Manchester City have been found guilty of having manipulated their level of sponsorship income through information they had submitted to the FFP process. City did not appear to be shocked by the decision, however, stating:  “The Club has always anticipated the ultimate need to seek out an independent body and process to impartially consider the comprehensive body of irrefutable evidence in support of its position.”

UEFA’s decision should be placed in a wider framework with the battleground — as City’s rhetoric seems to suggest it as — being set in 2013, the year in which the FFP regulations meant that clubs had to spend within their means by balancing their expenditure against other forms of their income. Football Leaks, however, uncovered a number of internal emails and documents within Manchester that show Sheikh Mansour bin Zayed al-Nahyan, the owner of City, was pumping funding into the club via sponsorship provided by his airline Etihad. As a result, the club has been found guilty of deceiving UEFA and not being compliant to FFP guidelines. Rui Pinto, the hacker at the helm of Football Leaks, now sits in jail whilst the documents he obtained have caused shattering ramifications to one of Europe’s largest clubs.

This is not merely a bloody lip for Manchester City — it is, indeed, a full-frontal body blow to the club and its ambitions for the future on and off the pitch. Since he took over Manchester City and cooly maneuvered the club to domestic successes, Sheikh Mansour has managed the club’s PR with a deft touch — leading to allegations of sportswashing, nonetheless — that have been paralysed as a result of the investigation.

However, any pre-emptive celebrations in the boardroom at a certain club in Turin would have quickly been muted as Pep Guardiola publicly stated that: “Even if they put us in League Two, I will still be here.” Although, he only has until the summer of 2021 left on his current contract. It is also understood that City CEO Ferran Soriano told the players in a squad meeting that they should place their trust in the club: “Trust me like I trust you,” Sorriano said, “this will be dropped”.

It would appear as though the Manchester City hierarchy are quietly confident in the face of UEFA’s decision, seemingly willing to tackle them as the cabalistic society they view the governing body to be.

The decision has been likened to other watershed moments in football, such as the Bosman ruling in 1995, but this is the first time UEFA have gone toe-to-toe with a modern superclub. For instance, the decision will have wider ramifications for UEFA: will other clubs now cower under their iron first and look to get into bed with the organisation, or will clubs — as Manchester City will have to do — build their brand outside of the body’s confines?

The situation, going forward, looks to be finely balanced. Rumours of a European Super League — a private league of elite clubs — have been floating around since 2016 when Der Spiegel uncovered  a series of covert discussions. Although discussions about a European Super League are not new, and have been bubbling for roughly thirty years, it would appear as though the recent emergence of discussions about its inception has put European football in state of unravelling, with Manchester City’s punishment just a symptom of this.

Where does this place Manchester City, then, in the immediate future? They are due to play Real Madrid on Wednesday 26th of February at the Etihad Stadium in what will be a particularly emotionally charged and hostile atmosphere. Manchester City fans are renowned for booing the Champions League anthem — probably not something to help in their cause, though they regard it as a ringtone of a corrupt conspiratorial network out to get them — at every home game. Additionally, the 1894 Group have received nearly £7,000 via crowdfunding toward a flag and banner display for the fixture to further bolster their disdain for UEFA.

It would appear, however, that this is only the beginning of an arms struggle between a superclub cast out to the wilderness and UEFA’s big stick.