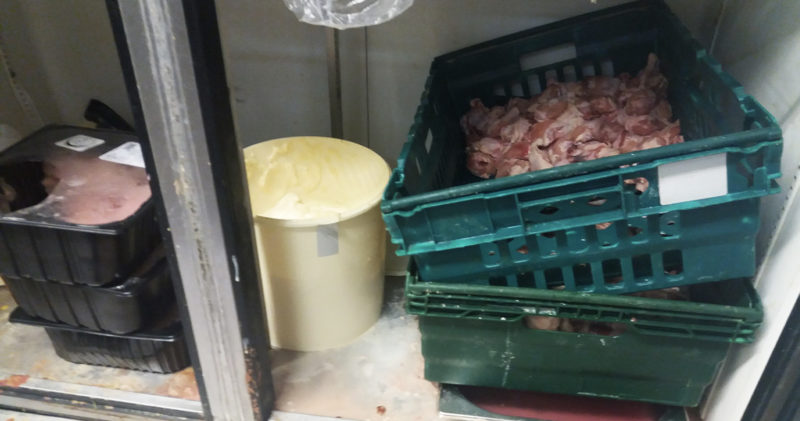 A takeaway owner has been issued with a suspended prison sentence after a major cockroach infestation was found in a takeaway in Baguley, Manchester.

Rizwan Baig, the owner, pleaded guilty to seven offences under The Food Safety and Hygiene Regulations. Officers working on the case described it as “one of the worst cases they have ever dealt with in their 30-year career.”

Manchester Crown Court sentenced Mr Baig to two months of imprisonment suspended for 12 months and was also ordered to pay costs of £3,126.12, on the 31st of January 2020.

The case began in August of 2018 when officers City Council’s Environmental Health team visited the property following an anonymous complaint and carried out a food safety inspection which exposed an extensive cockroach infestation throughout the property.

Officers also found evidence of serious cross-contamination with food in the takeaway. Ready to eat items of food were exposed to contamination from raw chicken and a container of mayonnaise had been stored in a pool of raw chicken juices.

Live cockroaches were also found on serving counters, the takeaway delivery bags, around canned drinks and cooking equipment. Dead cockroaches were also reported to litter the floor and food storage rooms.  The environmental health officer advised the court that it was one of the worst infestations she had seen in her 30 years’ experience of inspecting food businesses.

Mr Baig voluntarily agreed to close the takeaway business until the investigation was under control and the cleanliness of the property and food safety practices had improved. After being allowed to re-open on the 3rd of September 2018 if this agreement was upheld and the owner had maintained regular pest treatments.

“We hope this case sends out a strong message to other businesses about the importance of maintaining high standards of food safety at all times.

“I would encourage anyone concerned about the hygiene of any food establishment to get in contact with the council so we can ensure standards are adhered to to protect public health.”