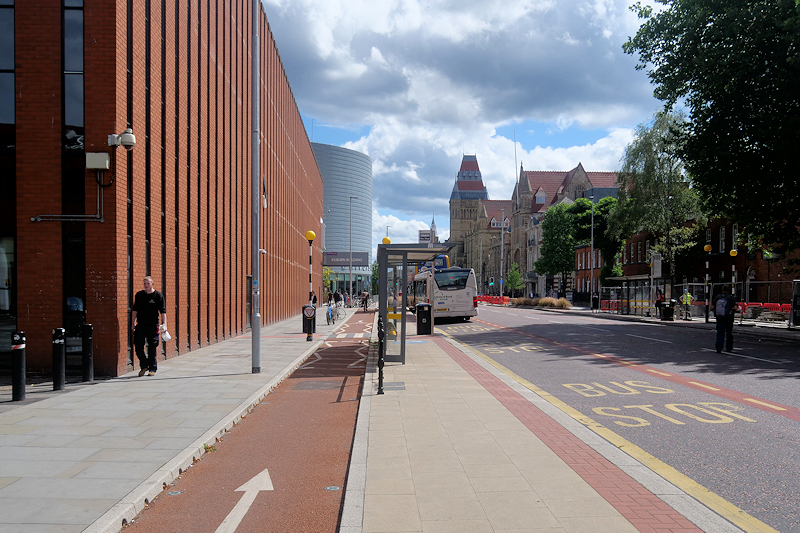 In a feature interview by Manchester Evening News, the identity of a local student favourite has been revealed. The title, ‘Boombox Barrington’ has been given to the man often seen cycling through the streets of Manchester playing his favourite tunes for all to hear.

Boombox Barry is a well-known figure on the streets of Manchester. He is often spotted cycling across the city playing loud and eclectic music through a boombox. Pedestrians can hear and recognise his music through the distorted sound that echoes down the cycle lanes. His image is iconic, a classic Mancunian style bucket hat and a tattered IKEA bag swinging from the handlebars holding the speaker.

We don’t know how long Barry has been riding through the city, but he disclosed to Manchester Evening News how he finds joy sharing his music with others, especially the new tunes he discovers weekly;

“I am a person who likes diversity of music. I’ve got various collections of music. Every week I’m finding new music on the internet.”

Barry also spoke of his personal life in the interview. Despite being seen and spoken of so much on social media by tourists and students alike, it was previously unknown as to where or what Barry was doing on his bike. His response is that he is visiting his mother who has been unwell for several years.

“I like music and going from A to B.”

Barrington is a figure loved by the students of Manchester – a post that shared the original article to Fallowfield Student’s Group got over one thousand likes and over 180 comments.

One student stated: “He makes my day when he cycles by, always happy, always smiling – he represents the spirit of Manchester.”

Barry still feels lonely in the public sphere having only one other friend in the city and is on the lookout for more people to engage with him and get to know him as a friendly figure in Manchester. Some have called for petitions to be started to help raise funds for Barry whilst others to state that they would love to have him as a friend.

“I just love my music, that’s it. Simple innit.”