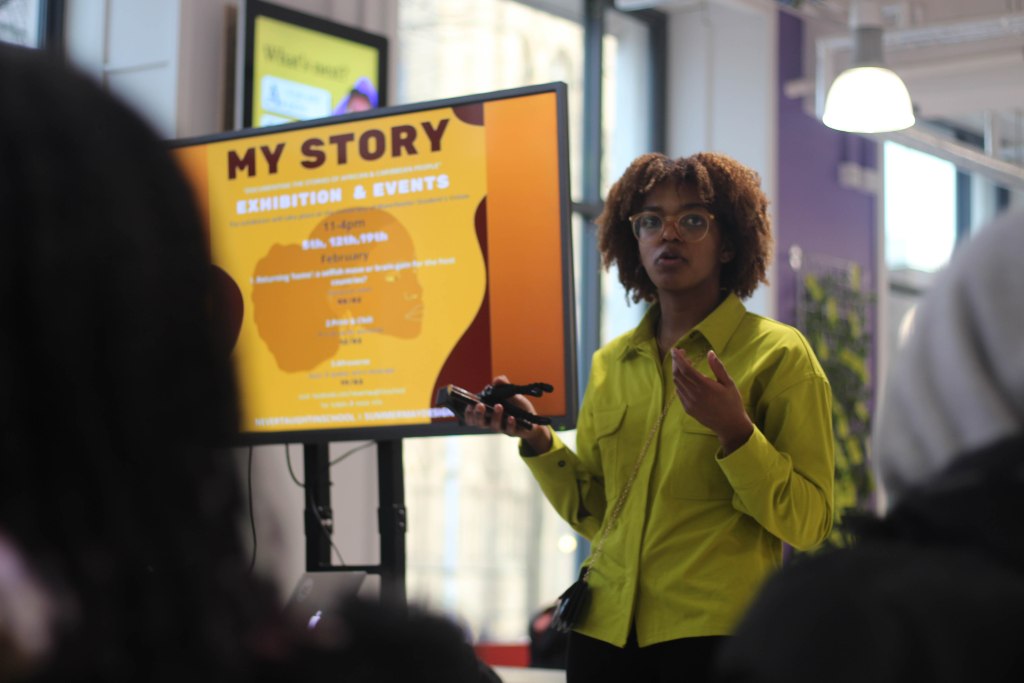 Third-year UoM, Biomedical sciences student Tanyaradzwa Mwamuka is the woman behind the blog ‘Never Taught in School‘. The blog situated on Instagram has the aim to educate people on the rich diversity of African cultures and challenge the present negative media stereotypes.

Never taught in School was created around a year ago, Tanya explains how the inspiration for the blog came to her around Christmas of 2018 after she had spent some time as Manchester Universities African Caribbean Societies Cultural and Wellbeing Officer. After working on black history events such as ‘The Haitian Revolution Discussion’ she realised the passion she had for the topic. At the time of writing, her blog has over 500 followers and 129 posts, each with a poignant picture and caption that tells the reader about the history and culture behind the image. It came as a massive surprise to me that she studies biomedical sciences as the breadth and depth of her blog to me, as an outsider, first led to the assumption this research was found in readings from an anthropology or history degree. Tanya talked to me about how she follows blogs that explore the diversity of Africa and blogs like hers to gain inspiration for her posts. Researching the history and intricacy of different African ethnic groups became the fascination she uses to fuel her blog and her extensive independent research.

The Hadandawa are a subethnic group of the Beja people. . .
One of the best-known chiefs was a Mahdist general named Osman Digna. He led them in the battles, from 1883 to 1898, against the Anglo-Egyptian Sudan- Britain and Egypt were exercising joint sovereignty in Sudan.They fought the British infantry square in many battles, such as in the Battle of Tamai in 1884 and in the Battle of Tofrek in 1885and earned an enviable reputation for their bravery Sources: "Anglo-Egyptian Sudan". World Digital Library – Library of Congress. Retrieved 25 November 2016. Monick, S. (1985). "The Political Martyr: General Gordon and the Fall of Kartum". Military History Journal.6. #sudan #bejapoeple #fuzzywuzzy #madhistwar #angloegyptianwar #sudaneseculture #sudanculture

She tells me that she’s had mostly positive reactions to her blog but there has been one troll. They attacked her positive representation of Zimbabwe which she felt that it was important to respond to, he was critiquing the representation since there are issues in the country at present and tried to say that it was better in colonial times. Tanya commented: “I am a reactionary person, but I wanted to give an educated response”. She continued to say: “Can I not still be proud of my country despite its issues” and explained that current issues that are present within Zimbabwe is not something she dismisses. In her blog, she talks about Mugabe and his legacy being controversial and the femicide in South Africa.

“I’m not ignoring the bad parts, my blog is overwhelmingly positive…. but that is the point of the blog.” 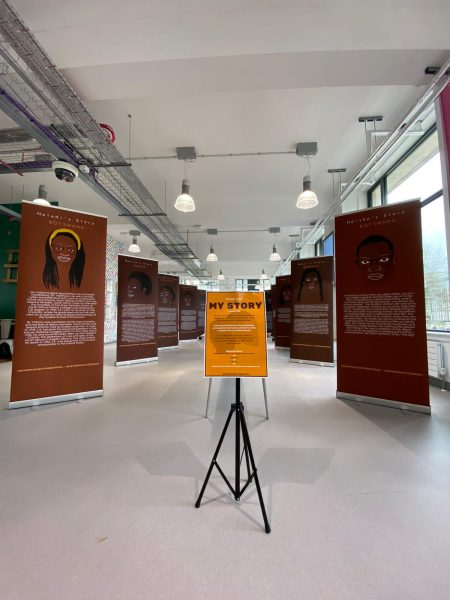 If this wasn’t amazing enough her and her team over the month of February hosted her ‘My Story Exhibition’. This came with three separate events that, while all different in their nature, had the same goal to ‘educate and embrace’ the diversity and complexity of the continent.

In her original exhibition, Never taught in School displayed banners with artwork depicting 12 individuals and their stories printed underneath – as shown in the picture. The banner was all different shades of brown representing the skin tone of the persons’ story but also to highlight diversity within Africa and the Caribbean. She states:

“I was reading about Africa and realised that black is not an ethnicity and to say that diminishes the diversity of the continent, “I like to say ethnic groups in stead of tribes, some people feel like the history of the word of tribe has a derogatory meaning… Tribe seems to only be held for those that are brown and black”.

nevertaughtinschool *ANOUNCEMENT PART 1* Super excited to be hosting the 'My Story' expedition this February at the University of Manchester SU in collaboration with @summermaydesign . . Oral history is an important part of African culture but is slowly being lost. My Story aims to preserve this tradition and celebrate Afro-Carribbean people by telling the stories of African decendents. Me and my team will be running 3 events along side the exhibition which include: . . . 1. Discussion event on African decendents moving back to their 'home' countries 2. African print workshop 3. Music and spoken word showcase Tickets can be found on facebook.com/nevertaughtinschool Excited to see you all there!. . . #africanhistory #africanexhibtion #manchesterculturalevents #manchesterevents #manchesterafricanevents #manchesterhistory #manchesterculturalevents #caribbeanculturemanchester 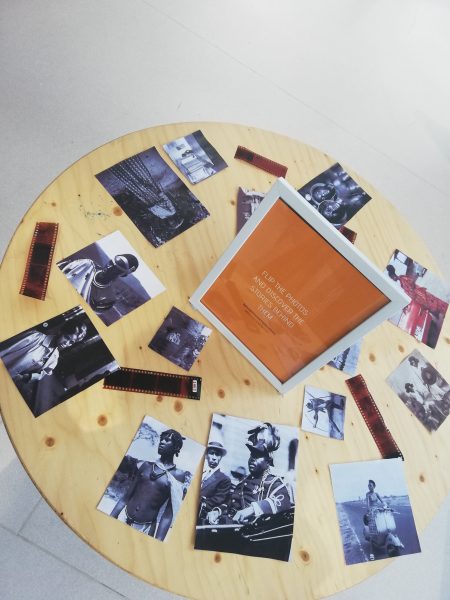 Part of the ‘My Story Exhibition’, which featured vintage photos from the continent, emphasised the aim to display different stories from people of African and Caribbean descent in a bid to preserve oral history, something that is very prevalent in African cultures. Tanya stated that she feels that the stories are being lost. When she was talking to her dad she realised the extent of her own family history that isn’t written down and felt a responsibility to research and preserve these important stories. She explains that the exhibition naturally unravelled once a discussion had been started on the oral tradition important in many African cultures.

Tanya also emphasised that an aim of the exhibition was also to change the narrative surrounding the representation of Africa and the Caribbean, she told me, she wanted to show these stories that stray from the stereotypical struggle stories like the ‘when I was a boy I walked really far for water’, but stories that actually gave an idea of the rich history that we have to offer. She also adds:

“I wanted to get people to see the African and Caribbean people outside of the stereotypes that are portrayed on the media and for others to them to see them as real people”. 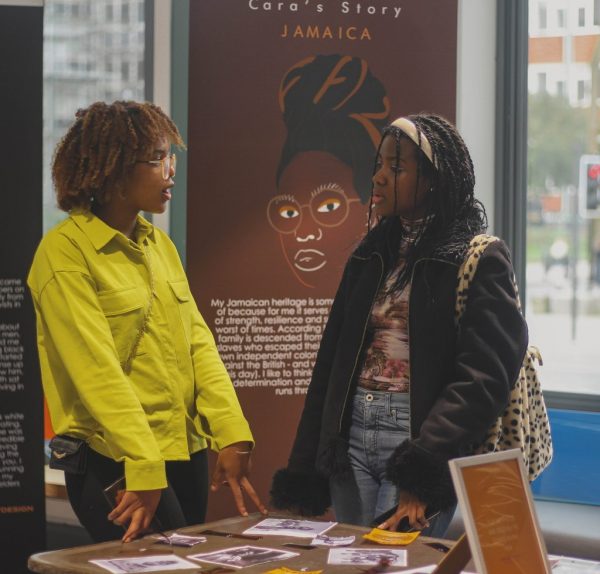 The exhibition held in February includes 12 stories but Tanya explains how that this project is a “life’s work” and she’s not entirely sure how she would present it in the future. She would like to present more stories from across the continent, through different mediums, videos, podcasts, books. “For me it’s something that will never end, it may be something that someone else continues after I pass.

“I have ideas all the time, once I complete something, I have a new idea, I don’t think it could end… we will have so many more new interactions [as the world develops] that we will have to explore there is no endpoint!”

To accompany the exhibition, she also hosted an African textiles printing event and a discussion event. This event tackled the question of whether African Diaspora should “move back home” and the consequences that come with these decisions, led and curated by her team members Magali Loota and Rebecca Bassey. She felt these questions were important as “I don’t just like to talk about history and culture but how these factors shape our society now”. Then to finish the exhibition she hosted ‘Afroverse’, an event which aimed to celebrate the young black talent in Manchester, ranging from singing and spoken word to fashion. 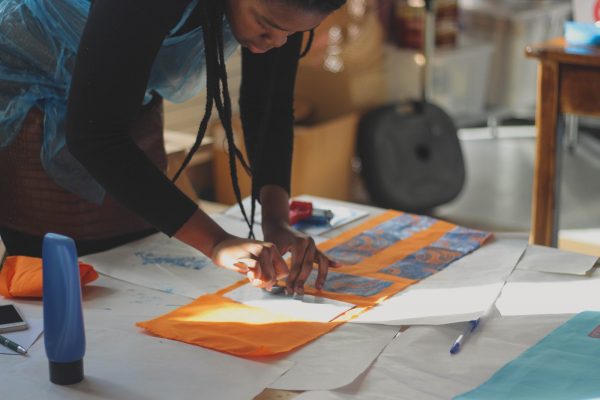 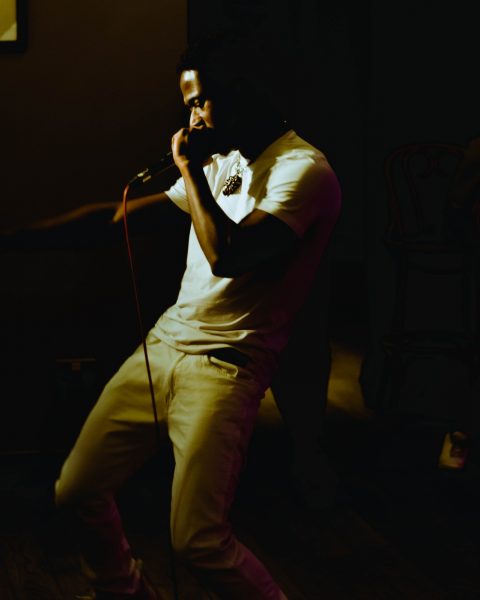 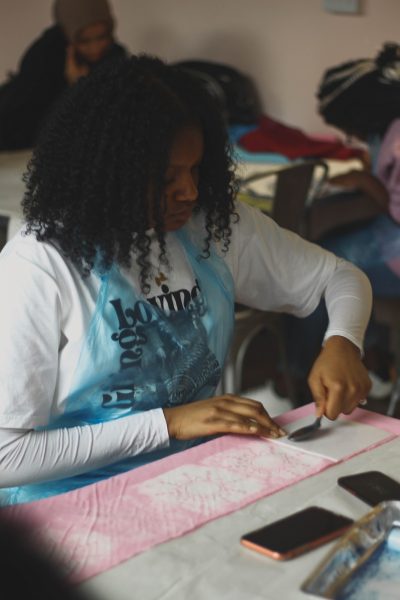 While the success of her blog, exhibition and events has a lot of her hard work behind it, she is aware it would have been anywhere near as successful without the help from the people on her team: Cara Thompson, Beverley Agyekum, Magali Loota, Rebecca Bassey and the creatives @LozTextiles (print workshop) and @Summermaydesign (banner artwork).

Follow @NeverTaughtInSchool on Instagram to learn more and to stay in the loop about any more upcoming exhibitions.