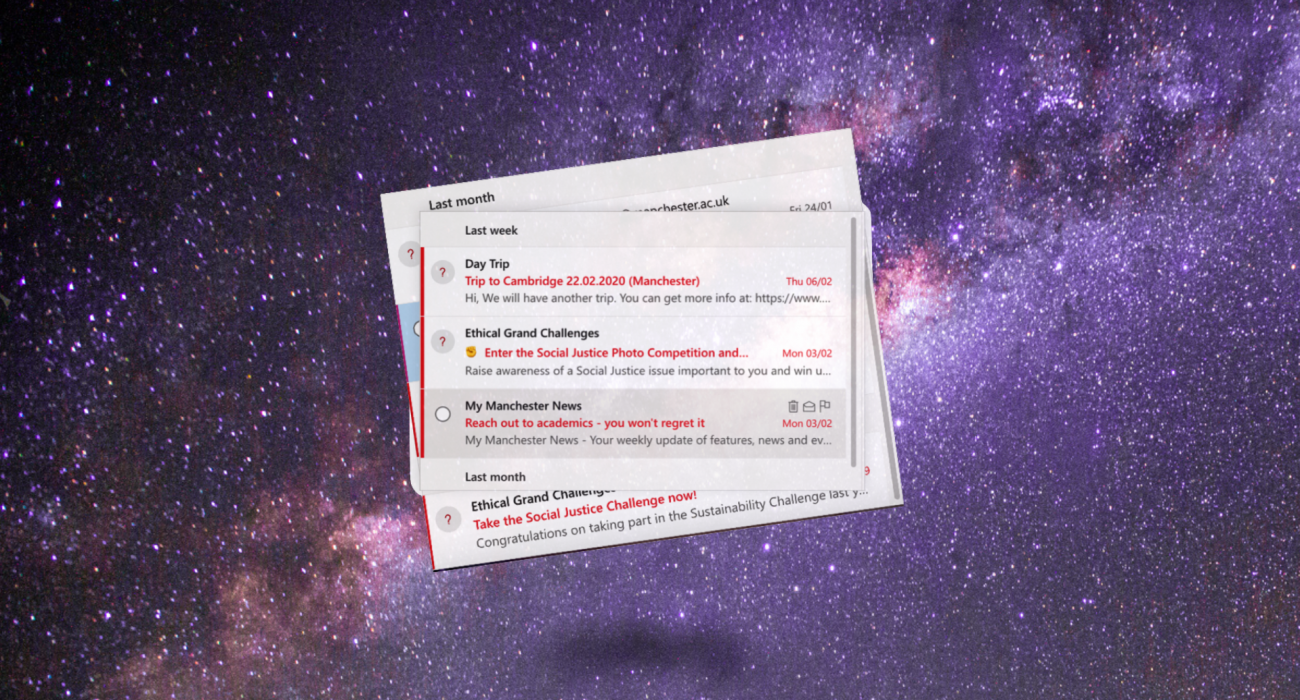 “I stellify / I’m miles high,” croons legendary Roses rocker Ian Brown in Mancunian anthem ‘Stellify’. It means to change, or be changed, into a star – a fitting name for the University’s most prestigious extra-curricular award.

Stellify, described as a ‘mark of Manchester excellence’, is at the heart of the University’s commitment to social responsibility. To achieve the award, which is available to all undergraduates, students must complete a range of activities. These range from 40 hours of volunteering to ‘ethical’ challenges.

Praise has been heaped on the programme. Last October, bosses said Stellify had played a big role in Manchester being named ‘University of the Year’ for graduate employment.

But despite the praise and a handsome advertising spend, the programme’s conception hasn’t been entirely smooth, with only small numbers taking it up.

The University hasn’t hesitated in pouring vast sums of cash into marketing the award and at least £30,000 has been spent on advertising since its 2015 launch.

In the 2017/18 financial year, £25,000 was spent on a University display at Manchester airport in which Stellify featured prominently. An additional £5,000 was spent in 2018/19 on a UCAS ‘Influencer Focus Package’ which includes newsletters to parents and advisors.

While the University doesn’t have any formal targets for the number of students it would like to complete the award, there was an ambition that 5 to 10 per cent of students would. In the 2018/19 academic year – the third full year the programme ran – 1400 students registered volunteering hours. This is just over 5% of the total undergraduate body.

And it’s unclear how many actually completed the full 40 hours of volunteering required to achieve the award. The University says students are not expected to complete all 40 hours in any one academic year.

In an embarrassing error, emails from the University urging students to join the next stage of the Stellify programme found themselves in junk mail. The University didn’t comment when asked about the mistake but said that “of course we always want as many students as possible to take part”.

The first Stellify gongs were handed out at a ceremony last year. Most students The Mancunion spoke with said they found the experience rewarding but that the University could do more to make the award accessible to busy students.

Angela Chen, a second-year economics student who has completed two of three Stellify challenges, said working towards the award was a “fulfilling experience”.

“Completing the tasks on the Stellify award is a fulfilling experience that can boost your CV and increase skills, I would recommend all do the award,” she said.

When asked why more students hadn’t taken up the award, Angela said students “didn’t think it was relevant”.

She added: “Lots of [students] have other hobbies which do not overlap with the Stellify award. It’s hard to persuade people who are already busy.”

Mingwei Zhang, a masters student at Manchester and one of the first to receive the Stellify award, said the University could do more to raise awareness.

He said: “My friends in final year said they didn’t know about the stellify award and missed the challenges in previous years so couldn’t do it.”

Salins said: “The requirements of the award marginalise a high majority of students, especially those with caring responsibilities and that work extensive hours.

“The award was designed to benefit those students who go the extra mile but the award is unattainable for so many it shows the clear amount of pressure and stress students are under nowadays to achieve so much at University beyond just achieving their degree.

“The University is currently reviewing the stellify award and looking at the possibility of creating different tiers such as bronze, silver and gold – so work is being done but the more student input the better.”

A Manchester University spokesperson said: “The University of Manchester is distinctive within the British higher education sector for our commitment to social responsibility, which is embedded in our teaching and learning opportunities through Stellify.

“We offer our students a coherent and distinctive development package that supports and enhances their experience here at Manchester and helps them to determine their next steps following graduation.

“We’re extremely proud of the impact Stellify has had at our institution, the uptake from our students and the positive recognition it has received from across the sector.

“Of course we always want as many students as possible to take part and are constantly reviewing the programme, listening to staff and students to see how we can enhance it for future cohorts.

“Stellify represents the values of this institution helping us to develop distinctive Manchester graduates who are socially responsible citizens of the world.”