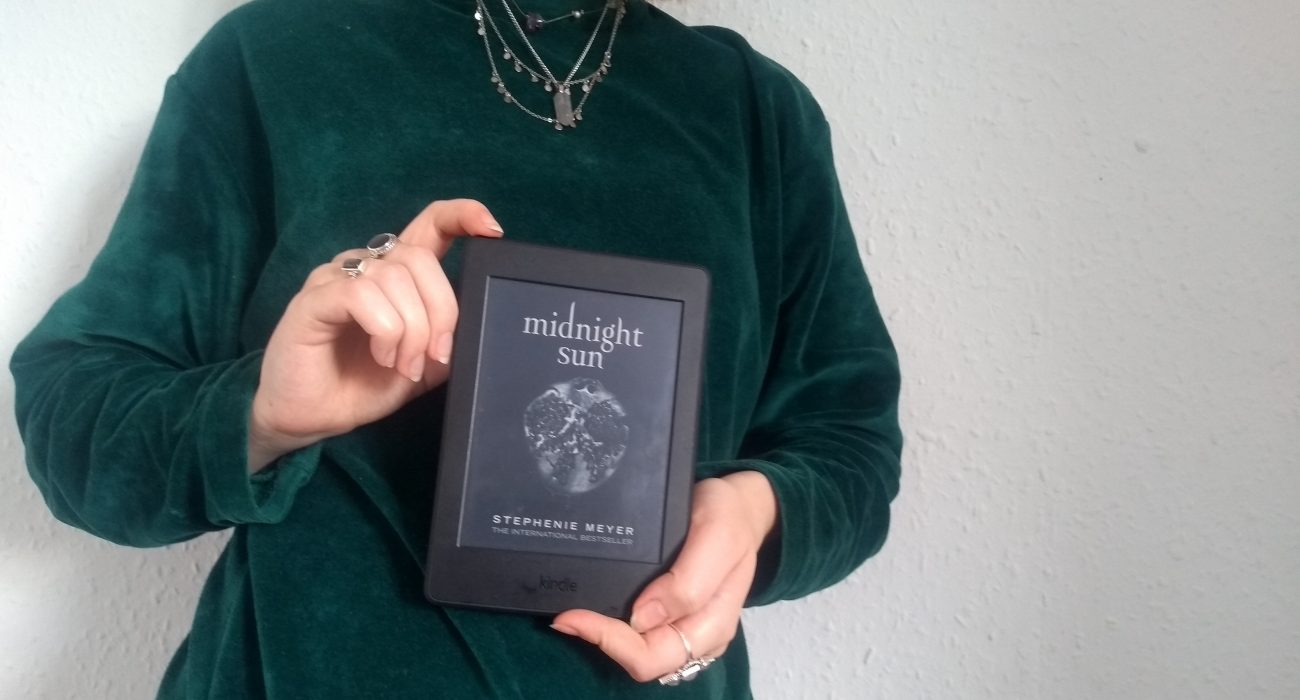 Midnight Sun is a retelling of the first Twilight book from Edward’s perspective, and it’s been pitched as a Twilight ‘companion’ novel. It would be a waste of time for me to outline the premise because there is absolutely nothing new to tell.

I read it on a Kindle to save my arms as, at 750 pages in hardback, it is a hefty tome. I also opted for the e-version to disguise my embarrassment. Despite reading it in isolation, with nothing better to do, I struggled to get to the end.

The novel is horrendously overwritten, and almost every scene takes longer to read than it would have done to live through. The detail is painful in its excess. It reads rather like Twilight fanfiction written by a 13 year old.

To begin with I had a rush of nostalgia as I remembered my young teenage Twihard self. Sadly this didn’t last very long (certainly not in comparison to the time it took to read). Rewatching the films for a bit of a laugh is one thing, but the Midnight Sun audiobook lasts a whopping 26 hours. That requires commitment.

The difference to the original, aside from the length, is that the book provides access to Edward’s thoughts and thought-reading abilities. Occasionally this is interesting, but mostly only when he ‘listens’ to Alice’s future predictions. This only makes me question why Meyer did not write a companion novel about Alice?

However, Midnight Sun has been a long time coming. Early chapters of the book were leaked in 2008, prompting Meyer to put the project on hold. 12 years later, she announced its release.

It is easy to see why it would take so long (we practically hear about every calorie consumed by Bella throughout) but also baffling. Nothing new happens. One would think 12 years is long enough to scrap a stagnant project.

In an interview with the New York Times, Meyer admits that ‘the experience of writing this book was not a super pleasant one.’ The Twilight author claims that ‘every single word was a struggle’. For you and me both Stephenie.

There is a huge amount of overlap with the original, with some scenes written almost word for word.

Did we really all need to hear which onion was anaphase and which prophase all over again? I would recommend that those new to Twilight pick only one to read. You can choose whether you want a vampire or non-vampire perspective.

It seems a suspiciously lucky coincidence that Midnight Sun was released this summer, when many of Twilight’s old fans were twiddling their thumbs at home, in need of a comfort read. I felt ten years younger back in my childhood bedroom reading Twilight. Coincidence or not, I guess I have to admit it was comforting.

And so, the burning question: is there going to be more? Thank goodness no. Meyer has promised she won’t keep repeating the same books. Breaking Dawn is already 750 pages long, it doesn’t need the 250 page addition Twilight has been awarded.

Though, if you do want to continue to relive your teen reading, there’s always Suzanne Collins’ Hunger Games prequel The Ballad Of Songbirds And Snakes.