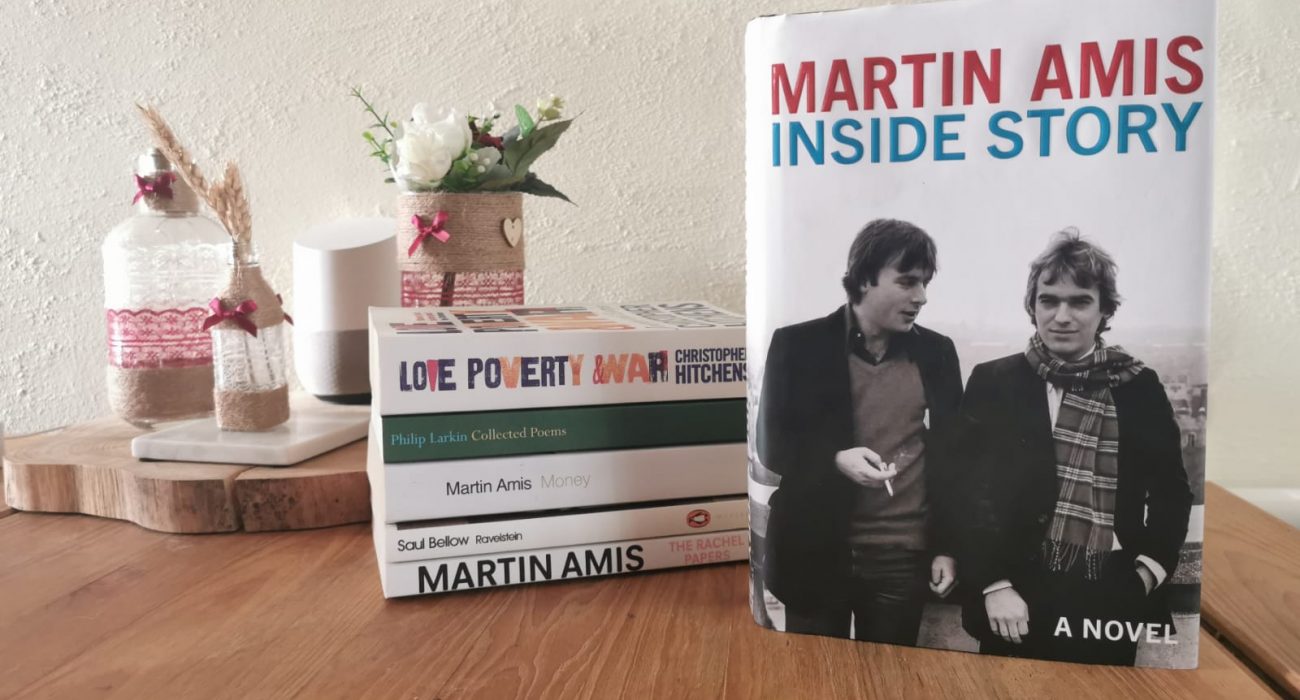 Inside Story pays tribute to Larkin, Bellow, and Hitchens.

Review: Inside Story by Martin Amis

If you’re anything like me, all your favourite writers are already dead. I buy and read so many books, yet so few are by people who are still knocking about. This rather limits the opportunity for engagement (and the anticipation of a new title). It’s always a great pleasure, therefore, when a favourite writer of the living variety publishes a new book. Such is the case with Inside Story, the new novel by Martin Amis.

The book defies classification. Amis has subtitled it ‘A Novel’ (so who are we to argue?), but it’s actually a stitching together of autobiographical stories, dramatised non-fictional episodes, and wisdom on how to write. Quite an unusual mixture, though Amis is hardly known for his conventionality.

Amis produced a genuine memoir twenty years ago (Experience), and he wants us to know that this isn’t Memoir 2.0. Rather, it’s a collection of stories not yet told, relationships not previously explored, and events not previously processed. And, when you consider all that has happened since 2000, there’s plenty to be getting on with.

The bulk of the book, however, is dedicated to Amis’ relationships with the big three, those who he calls ‘the poet, the novelist, and the essayist’. Otherwise known as Philip Larkin, Saul Bellow, and Christopher Hitchens. Conversations, letters, and remembrances serve as a springboard from which Amis explores all the great human subjects: love, death, and grief.

As always with Amis the prose is beautiful, expressive, and precisely engineered. He makes the case that one should become an expert on words, not just on writing. I can think of few writers whose vocabulary carries with it such weight and depth of association. (The word ‘widow’, Amis explains elsewhere, comes from the Old English meaning ’empty’).

The book’s strength is perhaps its weakness. For those (like me) who are immersed in the literary world of Amis and his chums, the book is a boundless treasure filled with hilarious anecdotes, heart-wrenching confessions, and eye-opening revelations. But I can see how it might not appeal to all. For example, at one point there’s a brief digression on the lovers of Philip Larkin. It’s here that the reader might realise he or she is reading about the author’s father’s friend’s girlfriends. These interludes might not have universal appeal, but to me they are priceless.

However, the pages which shine the brightest are those featuring ‘Hitch’. Christopher Hitchens was Amis’ closest and longest friend. Sadly, Hitchens passed away from oesophageal cancer in 2011. From political sparring over boozy breakfasts, to obscene word games over dinner, right the way through to dissections of historical figures in the waiting rooms of oncology wards, this friendship is something to behold.

“I stepped towards the taxi while behind my back, behind the closed curtain, Christopher dreamed and drowsed. Lay your sleeping head, my love.”

But all good things come to an end. The recollections of the last few months of Hitchens’ life take up a few chapters towards the end of the book, and are of course the hardest to read. Such candour and open love are not typical features of male friendships – something which Amis laments – but both are in abundance in this “novel”. Hitchens is my favourite writer, and Amis perhaps my favourite living one. I couldn’t have asked for a more beautiful valediction for Amis’ essayist than Inside Story.

As with friendships, also with careers. Amis admits that this will probably be his ‘last long novel’. So, with Inside Story, we not only say goodbye to the figures who have shaped Amis’ life and career, but perhaps also to that career itself. As it happens, I expect to see more from him in the future, if only in the shorter form. If this book does end up being his last, however, it’s one hell of a way to finish.