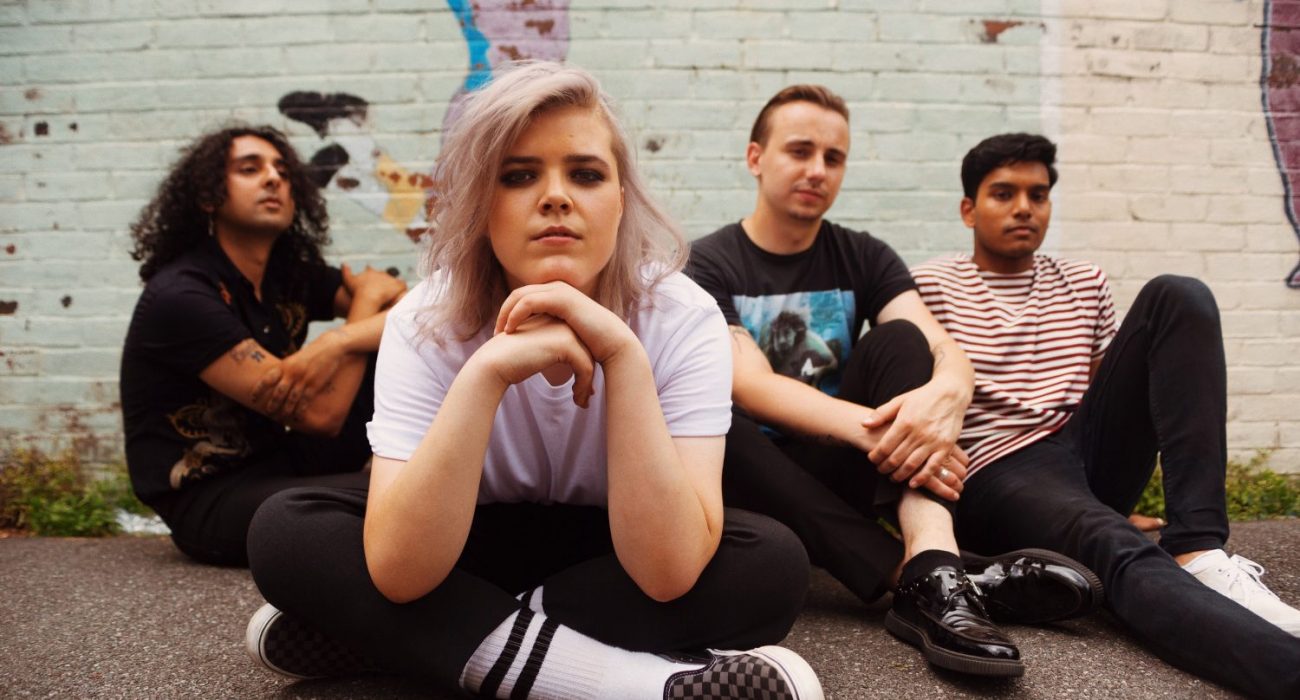 With their new album being released to huge acclaim, Music contributor Toby Bartram sat down with Fee of Bloxx to discuss her influences, releasing an album in lockdown, and missing out on a summer of festivals.

Seven months on from their last live show, Fee admits her frustration at missing out on what was going to be a breakout summer for the band. “We were going to be playing the main stage at Reading on the day that our album released, it would’ve been amazing to go on and promote our record so yeah we’re really gutted to be honest”.

The band had been going from strength to strength throughout late 2019 and early 2020, with big support slots with the likes of Twin Atlantic and Two Door Cinema Club. The cancellation of summer festivals came right as the band began to hit their stride.

The twelve track record contains a whole lot of indie magic that definitely convey that festival feel. ‘5000 miles’ and ‘Lie out Loud’ are worth adding to any decent indie playlist.

Signed to Chess Club records, the band will (hopefully) be playing Manchester Academy on the 22nd April next year.

Even with the lack of live shows, the band were determined to release their album this year. Lie Out Loud released in August and received positive reviews across the board, despite the global pandemic Fee describes how she has “gained more writing experience over time and I definitely write a lot better than I used to – it felt right releasing it in August”.

The band have even dipped into the socially distanced gigging scene, playing a show at Pryzm for Banquet Records early in October.

When I asked Fee how much she writes songs with live shows in mind, she admits that this is something she has developed over time. “I’m always trying to visualise and hear a song on stage and what the crowd will feel about it. I did more so on the album compared to the first songs we put out as we’ve always been a very live band, with the next album I’m writing it’s become a lot more serious in tone as we’ve written over lockdown and grown as a band”.

Bloxx have had huge support from big-name DJ’s like Annie Mac and Phil Taggart. Fee admits that “it was surreal at first, I mean it still is surreal, the support they’ve given us is amazing, it’s been a huge help so far and it’s a massive honour that they like our music”.

Having supported several indie names like The Wombats, and with extensive experience on the UK festival circuit, Bloxx have earned the right to the headline slots that their now playing.

With a 2021 UK tour being announced and festivals line-ups being revealed, you can feel the excitement from Fee who admits she is “super excited for gigs to start again! Fingers crossed we can only hope that they come back, touring has taught us a lot about ourselves as a band”. When I brought up their upcoming gig at Manchester Academy, there was an enthusiastic energy in her voice as she describes how “Manchester has always been good to us, we’ve done a few support slots there and a headline gig of our own, every time it’s a great gig to play! And of course, the music scene in Manchester has always been amazing, it’s one of my favourite places to play.”