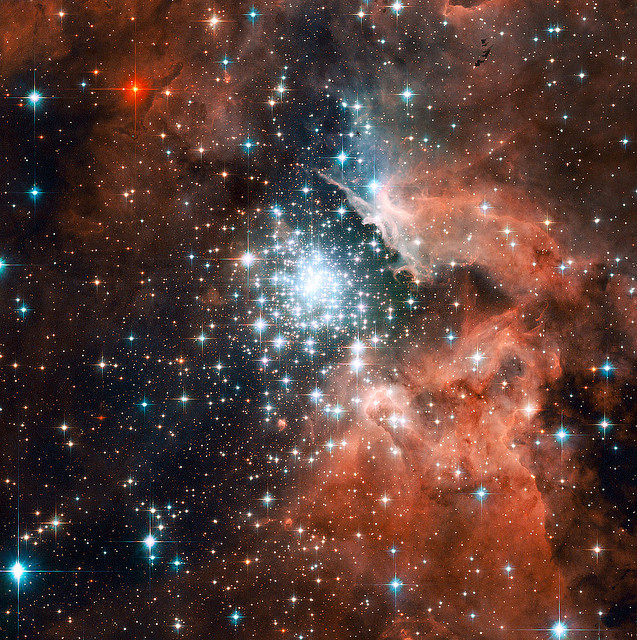 Astrology: Is it science?

Astrology studies the influence of the position of ‘things’ in the universe on an individual. ‘Things’ being celestial objects like the sun, the moon, constellations and other planets. Based off of this, some kind of emotional insight about the individual or the world can be interpreted.

Makes sense, right? Planets and stars controlling and influencing your thoughts and feelings?

How does astrology work?

To give credit to astrologers, even if the science is iffy a lot of time and calculation goes into designing an astrological chart. A simple horoscope in a newspaper or magazine is a short bite of insight that is written to be relatable and based off of some astrological knowledge of each zodiac sign, in other words they are deliberately general. But in-depth astrological charts – which are based off of celestial positions at a specific date or moment – take time to map because they take many things into account.

There are so many elements that need to be considered if you want to find every influencing factor at a specific moment in time, and then numerous positions – of stars, planets etc. – need to be calculated. Unsurprisingly this would take a lot of time. 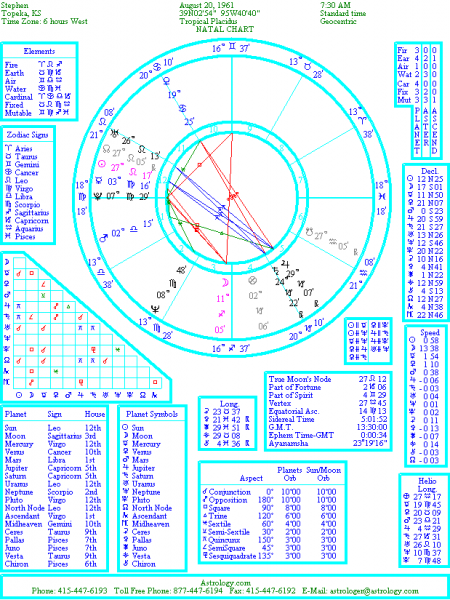 For example, a lot of people are interested in looking at the astrological charts from the day of their birth (example on left). You could spend hours reading about every single detail and applying the interpretations to how it has shaped you as a person. Essentially who you are not because of your life experiences or upbringing but based off how a few stars were organised at the time you were born.

So whilst you might pick up a newspaper and read something that seems relatable to you, understanding exactly how that conclusion was made can be pretty unclear.

In other words, just because the outcome makes sense doesn’t mean there’s any actual basis for it being true; purely coincidence or strategic wording.

Why do so many people believe in it?

Astrology is an effort to find meaning and understanding of what our place in the universe is. It’s similar to why people have faith or follow religion, to find purpose.

Horoscopes are effective on so many people because humans naturally can’t help but find meaning in things, especially things that reassure them or give them a sense that things are happening for a reason.

More often than not people don’t look for scientific reasoning to back up these claims, they just want to believe in it. And arguably that makes it work (placebo anyone?).

So, what is the science behind astrology?

None. There is none. Astrology is based off of theories and traditions generated by astrologers over the hundreds of years it has been considered as a study. The reasoning behind any links to character and alignment of planets is based off speculation and thought, not scientific evidence.

The only role science does play is when calculating the alignments of the celestial bodies. It takes careful mathematical calculation and consideration. However the conclusions then drawn from this information are based off of tradition and speculation about the range of human character and behaviour. Once again, not science.

More evidence for the lack of science involved is the fact that different cultures adopt different systems of astrology. Consider your Chinese zodiac animal vs. your standard horoscope sign. The different applications of this “science” strongly suggests tradition plays a huge role in our understanding, rather than universal, indisputable scientific fact.

I would be lying if I said I did not occasionally take a look at my horoscope or laugh in a “that’s so me” way if I saw something about my sign (Libra, if you’re wondering). So don’t read this article thinking I’m trying to debunk astrology, in fact, why not take a look at the weekly Mancunion horoscopes?

Decide for yourself what astrology could do for you, whether it’s scientific or not – but remember, it’s not. It could just be there to make you laugh, or it could help you make sense of things. Just take it with a pinch of salt. The rest is up to you.