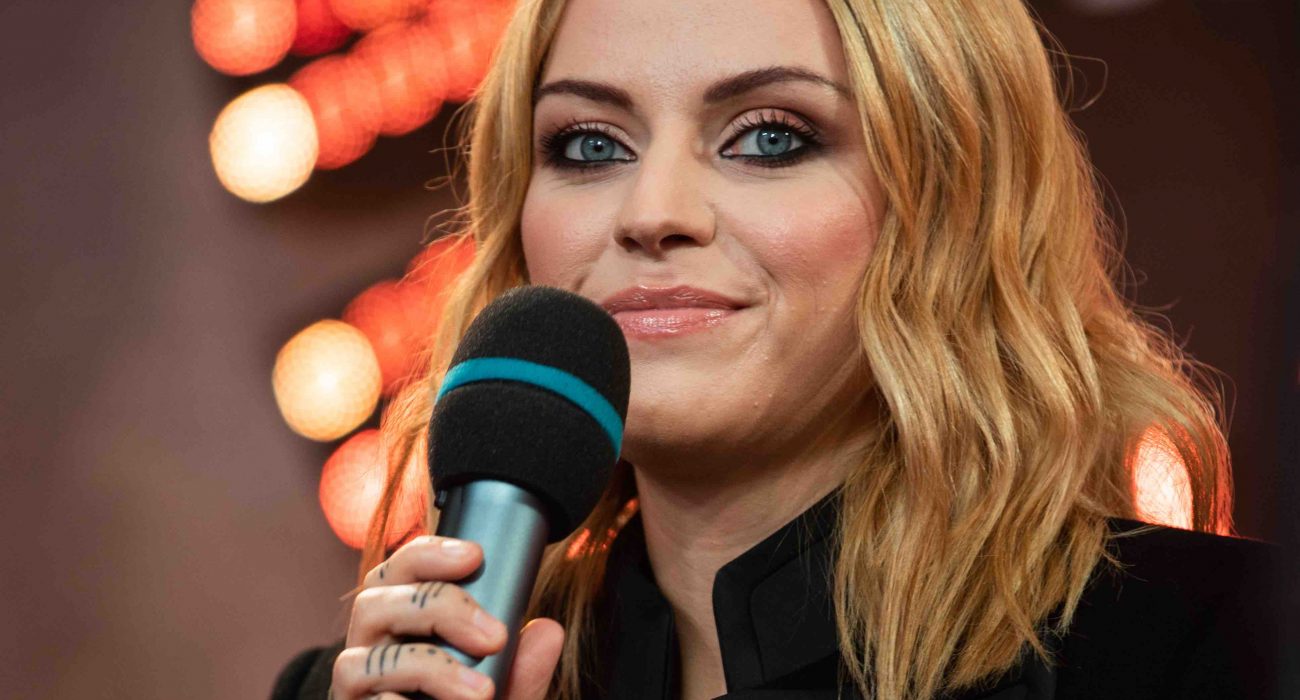 Scottish singer-songwriter Amy MacDonald performed her new album as a live set in collaboration with #wemakeevents. Her new album, entitled The Human Demands, was released on the 30th of October 2020. It has already received dazzling reviews; “heroic, hopeful and Springsteen like”.

The livestream began with a catch up from Amy on the inspiration for the album. Despite the tumultuous rollercoaster of 2020, Amy said her album wasn’t about her experience of lockdown or the pandemic, but reconnecting her to the musical roots she began her career with. The album takes on themes of falling in love to burning bridges. Her notorious voice shines through, especially as this is her first time performing her new songs live.

“I’m back to making music I like and just putting it out in a pure way.  It has given me a new love for what I do all over again.”

The set took place in The Mildmay Club. The Phoenix Night vibes marked with a shimmering glitter backdrop and a humble set up of Amy and the rest of the band. She even attempted to do her best interpretations from the show! Playing music alongside Amy were Matt Jones on keys, Gordon Turner on guitar and Jimmy Sims on bass.

Whilst sipping a mug of lemon and honey, a necessity on stage for rock n roll artist Amy, she spoke about her favourite songs on the album. Despite finding it difficult to choose just one, she chose ‘We could all be so much more’. This was performed as a more mellow and acoustic set on the livestream. The version on the album has a real drive to it, but the acoustic version is really special. It was written for her friends who felt they had lost their spark. Amy felt this was pertinent as we go into yet another lockdown phase.

Throughout her career, Amy has referred to her male musical inspirations, like Bruce Springsteen. Yet she was recently asked which female artists have had an impact on her career. Surprisingly, this was Dianna Ross, who sings the infamous song ‘Chain Reaction’. Alongside Diana Ross, Amy also chose Annie Lennox, a fellow Scottish singer, and Debbie Harry from Blondie, a rock chick in Amy’s eyes.

‘The Hudson’, the latest single, is a harmonious song which reflects on past relationships and looking back. I would say this is a very relatable theme for all of us in lockdown. Reminiscing on what we once had, and where we would prefer to be. The video reflects this with a retro, black and white vision of teenage rebellion in New York City, the dazzling lights and romanticisation of freedom is encapsulated in Amy’s voice and vision for the video.

‘Human Demand’ is a real feel good track, with the lyric ‘we are moving on’, which she mentioned in relation to the music industry, which although struggling, is diversifying and moving with the times. The cause of the livestream was to support those not in the limelight of the music sector.

Amy’s most popular song, ‘This Is The Life’, was beautiful to hear live despite through crackly headphones. The energy that live music brings was attempted to be replicated through screen, however I believe fans who have booked her live tour will be much more engaged with her music in real life.

Her album is currently available to stream on all services and to purchase through her website. She also hopes to be touring live in Spring 2021.