Hyperloop Manchester is a student-led team aiming to compete in the Hyperloop competitions organized by the esteemed organisations and to share our knowledge with people around the world. The team is founded in 2019 with around 70 team members and around 50 alumni members from different nationalities and backgrounds. The alumni team members have contributed their passion and knowledge and ability to offer incredible help to the current team when needed. In total, they have a vast community of over 120 members around the world.

How has Covid-19 affected our work?

Their team have managed to get sponsorship in the short course of a few weeks despite the global pandemic. For safety reasons, they have moved all of their activities online. However, despite the lack of physical contact the society is not affected since they are improving their prototype designs online. But they are worried about the manufacturing process of their prototype if the current restriction continues, making it harder for them to access workshops and facilities. 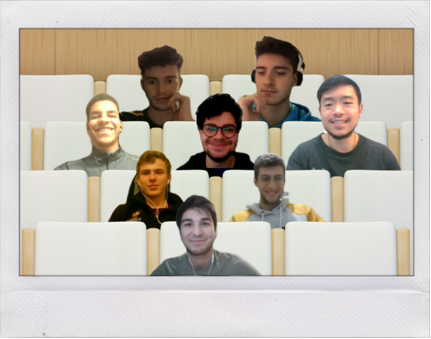 Manchester to London in 15 minutes?

This seemingly futuristic ideal might become a reality! Hyperloop Manchester is on track with making this vision a reality. They are qualified to showcase their progress during the European Hyperloop Week in 2021, making this one step closer to being a reality.

“Bang!” the starting pistol goes. You and your mate run the opposite ways – she runs towards the 142 to Fallowfield, you rush towards the Piccadilly train station, getting on a train going to London. The race is on. Not even a quarter-hour later, you are already chilling at Euston, while she’s still on a Stagecoach observing a sudden scuffle happening inside Rusholme Chippy.

What kind of mad utopia is this?! The words trains, fast, and convenient all in a single sentence? “Blasphemy!” I hear you scream whilst recalling all the incredibly annoying, uncomfortable, and lengthy train journeys you have experienced in your life.

What exactly is  Hyperloop? Is it a train?

Hyperloop is much faster than a train, like a train on steroids. In a simple way, hyperloop trains are run with a similar concept to the following:

It is a simple equation: no air drag + no friction + electricity = extremely fast (so much so you are looking at 1200+ km/h). And, according to calculations done by the society, that is indeed roughly 13 minutes of travel between Manchester and London.

Cool stuff! So, when is this going to happen with Hyperloop Manchester?

Well, it is still a few years away, but they are very well “on track” (pardon the pun) to finish a functional sub-scale prototype before 2022. In fact, the local team has made such massive strides they have qualified and have been invited to take part and show off their presentation in the upcoming European Hyperloop Week – an international convention/expo for the very best projects of this kind. This is a major event which will allow the team to move forward and progress with their project.

So next time you will have an hour between lectures, wondering where to grab lunch and craving some amazing home-cooked food, you can stay calm knowing it is only a few short years until you’ll actually be able to go grab some and come back — all in time before your next lecture starts. Until then, meal deals will have to suffice.

Tiramisu, which was performed at the University of Manchester SU, is an excellently existential adaptation of Annie Baker’s The Antipodes

Review: Skies in the Cloud (UMDS)

Skies in the Cloud exhibits intimate and ethereal themes, showcasing the talent of UMDS students

The Mancunion reviews Stum, performed by the University of Manchester Drama Society at The Brewers in Gay Village