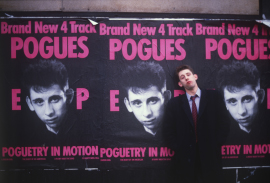 Shane MacGowan on Tour in 1986 - Provided by Magnolia Pictures

Shane MacGowan can appear to be a relatively one dimensional figure.

The colossal and enduring success of Fairytale of New York, the Christmas classic recorded by his band The Pogue’s, has turned MacGowan into a seasonal occurrence for many. For others, MacGowan is little more than a heavy-drinking, word-slurring, tooth-missing jester. Crock of Gold – A Few Round with Shane MacGowan, the latest documentary from Julien Temple, manages to go beyond these facets of his persona to create something far more special.

Over the course of 2 hours, a series of interviews, animation from Ralph Steadman, and archival footage pulls together the story of MacGowan’s tumultuous life, from London punk to resurrector of traditional Irish music, places MacGowan’s sincere love of his Celtic heritage front and centre throughout.

Crock of Gold is an endearing and poignant celebration of Irishness abroad, and will resonate across the globe with the many descendants of Irish emigrants.

The thematic concern with MacGowan’s Irish roots are obvious from the film’s opening frames, with an introduction to MacGowan’s rural childhood home in Co. Tipperary. It seems the lifelong abuse of alcohol in his life started here – MacGowan admits to drinking pints and smoking cigarettes from as young as six years old. The counterpart to this, however, was an introduction to jigs and reels – the cultural bedstones of Irish traditional music. 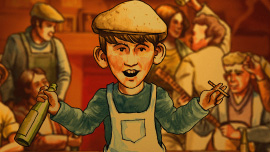 An animated shot from Crock of Gold – courtesy of Magnolia Pictures

Julien Temple directs the film away from Ireland, following MacGowan to his teenage years in London, where he becomes engrossed in the rising tide of punk. Frequenting Sex Pistols gigs and having his ear bitten off at a Clash show gave MacGowan his first taste of fame within local circles Before long he was fronting his own punk outfit, The Nipple Erectors. The rebellious spirit of late 1970s London spurred MacGowan in 1982 to create what would become The Pogues – a radical update on the distinctive melodies and poetry of Irish folk music. The Pogues, a shorten Gaelic name meaning ‘kiss my arse’, married raucous gigs and fast rhythms with the sounds of Irish folk – the accordion, tin whistle, banjo, mandolin, and so on.

It’s at this point in the timeline of MacGowan’s career that Crock of Gold could have steered towards the hedonism and anarchic anecdotes that can somewhat cloud music documentaries. But the triumph of this film is its focus at this point on MacGowan’s yearning for what he considered home – his native Tipperary. MacGowan the poet frontman steadily became the voice of a growing Irish diaspora in London, a group historically discriminated against in England and increasingly so in the midst of the IRA’s 1980’s bombing campaigns.

MacGowan aligned himself with Republican causes and proclaims in archival footage that if English people wanted to brand him a paddy, he’d “show them fucking paddy”. A particularly stirring moment comes when the subject of the Famine is touched upon, with MacGowan stating bitterly that “45 million Irish are in America when they should be in Ireland”. As the documentary progresses, one begins to see MacGowan’s pride in his place of birth as central to all that drives him – in fact, his sister, a frequently featured interviewee, claims that MacGowan would like to be remembered for “having done what he did for Ireland”.

The interviews featured throughout are exceptional and the cast shown interviewing MacGowan himself, speak volumes as to what kind of a figure he is. He is joined by Johnny Depp for wine in a French chateau and shares druggy, rock-n-roll anecdotes, but in the next frame MacGowan is featured talking Irish independence in a living room alongside Gerry Adams, the eminent former Sinn Féin leader and possible IRA-affiliated politician. It is in a segment from this conversation that Adams speaks of MacGowan’s “authentic and defiant expression” on behalf of the London Irish community. The sluggish, ageing MacGowan is noticeably revered by Depp for his former punk lifestyle, while Adams lauds him for his contributions to Ireland’s rich poetic tradition.

The admiration from two very different figures displays perfectly the dichotomy in Shane MacGowan’s life, between an earnest affection for Irish literature, culture, and political nationalism, and a preoccupation with drugs, booze, and rockstar cliches. It could be argued that the music of The Pogues is what brought these two elements together in harmony.

Viewed purely as a rock & roll documentary, Crock of Gold certainly covers all the necessary tropes. A rich introduction to the musical catalogue of The Pogues is provided alongside a comprehensive storytelling of  MacGowan’s personal journey, and drugs, booze, and tales from the road are plenty. But startlingly, Crock of Gold manages to tell a simultaneous story; of Irish emigration, literary culture, and Republican ideology.

The centuries of poetic tradition and rebellious struggle that MacGowan so eloquently wove into his punk songwriting is woven similarly into the fabric of this documentary, and to fantastic effect. 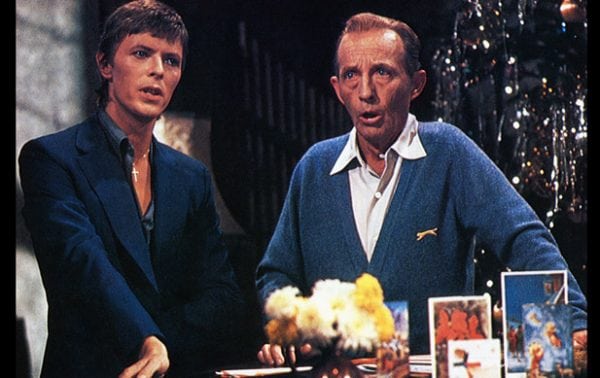 5 songs in the field of: Christmas 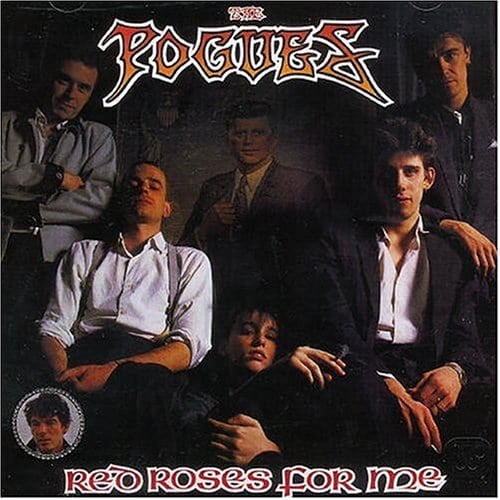 Classic album: The Pogues – Red Roses For Me