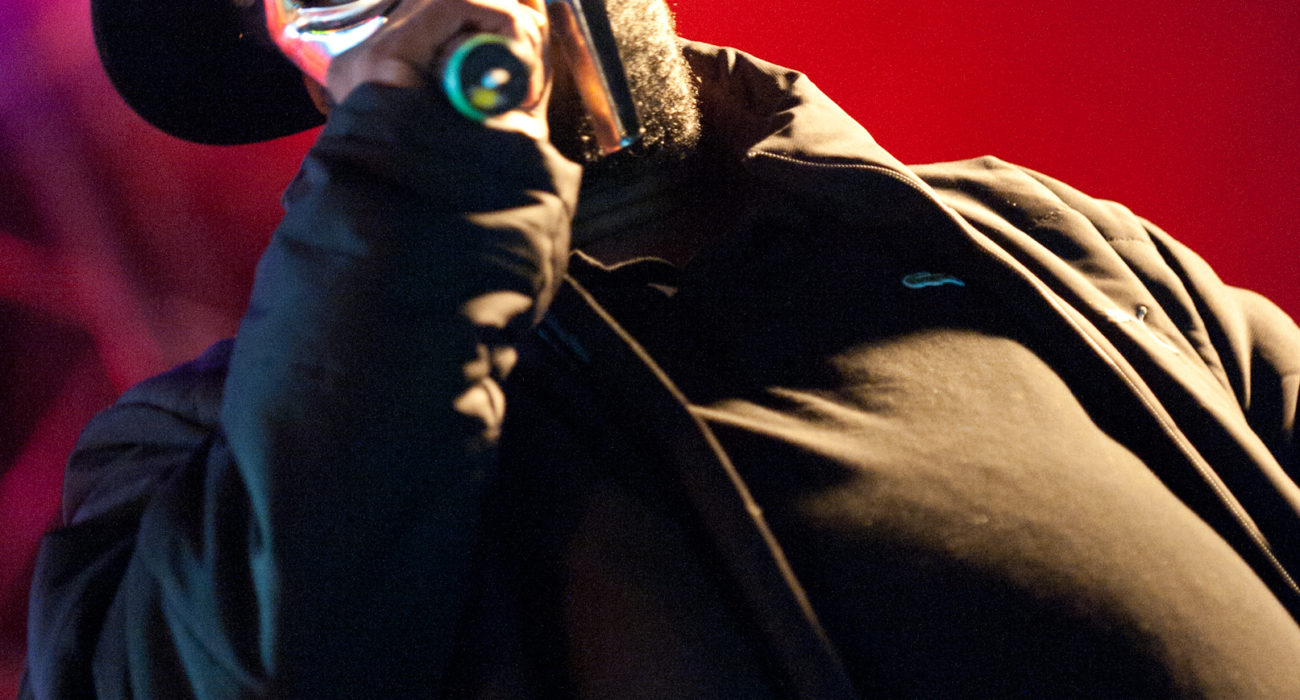 ALL CAPS: The Legacy of MF DOOM, Rap’s Greatest Supervillain

2020 was a series of epic blunders. Right before the door closed on the year that was synonymous with modern disaster, we had one well-timed gut punch to send us into 2021 crying with our wine glasses… MF DOOM died on Halloween (they kept it a secret for 3 months).

Now some – or a lot – of you are probably asking ‘who is MF DOOM’? Well think of every single greatest major label rapper, and MF DOOM, who had never been signed, out-did them all as the greatest villain of music history. Always donned in his signature metallic mask that is reminiscent of Marvel Comic ‘Dr Doom’, and offering an offbeat, off the cusp and thoroughly original style that combined all walks of wordplay, MF DOOM made you want to throw out your GCSE English literature poems, especially for the entire lyric sheet of ‘Operation: Doomsday’.

Daniel Dumile, London born and New York raised, started a rap career in the late nineties with his brother in a trio called KMD. However, due to his brother’s death in 1993, there was a lengthy hiatus. DOOM performed at open mics (we all miss those) in a metal mask and pretty much remained anonymous throughout his career. His debut album was then released in 1999.

Our music contributor Robbie has also explored the wordplay, lyrics and sonic highlights of MF DOOM.

DOOM’s enigmatic and ground-breaking career began with the incredibly soulful and personal track ‘Doomsday’, which has taken on an intense poignancy with the passing of ‘your favourite MC’s favourite MC’. In it, DOOM makes reference to his own death and the tragic passing of his brother (who he previously rapped with in KMD) with the refrain:

‘On Doomsday, ever since the womb

‘til I’m back where my brother went, that’s what my tomb will say’

He rounds off the chorus with the line:

‘Right above my government; Dumile

Either unmarked or engraved, hey, who’s to say?’

Here DOOM makes a rare reference to his real name, Dumile, which also doubles to sound like ‘DOOM’ll lay’, i.e. the place where he is buried. It’s this canny and inimitable wordplay that sets DOOM apart from the rest, with this track allowing us a brief glimpse behind the mask into a life stricken by hardship. Whether his tomb is unmarked or engraved, MF DOOM has left his unique imprint on hip-hop as a true original.

The fact that MF DOOM can turn this strange tongue-twister of a song title into his catchiest hook of all time is testament to his determination to flip convention on its head, and to have some fun while he’s at it. This was the track that got me into DOOM, and it will be the one to do the same for you too. A hypnotic electric guitar snakes its way around your eardrums whilst DOOM and Mr. Fantastik trade verses in a crazily laid-back style. They sound like they’re having a laugh, and that energy is infectious enough to make this song hit the spot every single listen. It’s quite simply a really great time.

Ever the trickster, however, DOOM has one last ace up his sleeve on this one. To this day, no-one even knows who Mr. Fantastik is. MF DOOM will always have the last laugh.

2004 was DOOM’s defining year. Alongside fantastic solo album MM… FOOD, he collaborated with legendary producer Madlib on Madvillainy, which saw him expand his artistic world to include a new character, Madvillain. This concept album, backed by Madlib’s madhat and genre-beating beats, immerses you in the world of this fiendish mastermind, whilst DOOM’s ever-disorientating flows leave you coming back dozens of times over to decipher his lyrics.

Standout track ‘All Caps’ features one of the most ear-catching beats in DOOM’s discography. A haunting piano loop is contrasted with a woodwind and horn sample which compliments the filmic qualities of DOOM’s artistic universe, itself based on old comic strips. This is the ultimate hip-hop concept album; just remember ‘All Caps’ when you spell the man’s name.

Whilst doing all of these wonders that pretty much had the 2000s underground rap scene at his feet, MF DOOM was known for a lot of collaborations, that were obvious to anyone who listened as the delivery always dripped MF DOOM in big letters. Adopting this ‘Super villain persona’ made DOOM have a lot of liberties, including sending in decoys to “play the character”. Whilst that obviously irritated the audience to great degrees, I believe a classic bait and switch is a good villain move.

Beyond all this, we could talk all day about MF DOOM, but this is the part where you, the reader, must now become ‘the listener’ – go to your streaming service (or better yet order an LP) and listen to all of this. Start kicking ‘Lo-Fi Classic Hip hop beats’ off its throne and give MF DOOM the ideal soundtrack to your life. Remember though, when you spell his name… ALL CAPS.