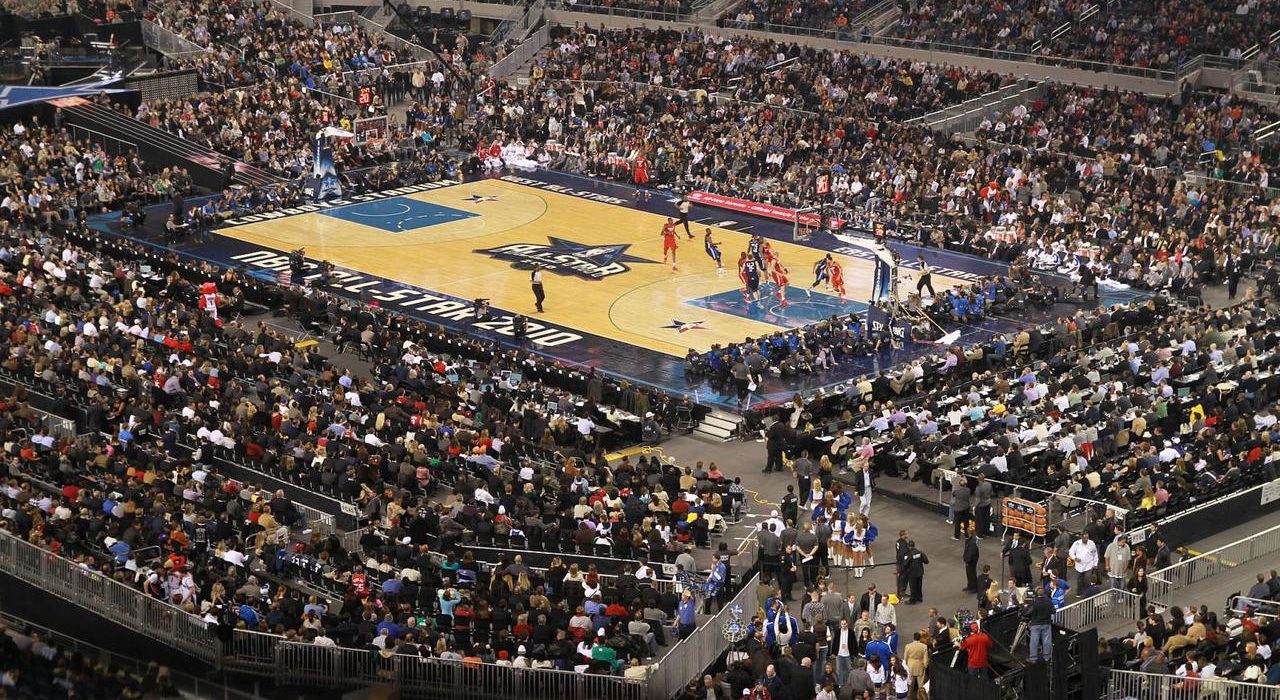 Team LeBron beat Team Durant convincingly by 20 points with a score of 170-150 as the 2021 edition of the NBA All-Star game took place at the State Farm Arena in Atlanta.

This year’s All-Star weekend took on a revised format with the skills challenge and the three-point contest being held before the All-Star game and the slam dunk contest being held at halftime. The main question surrounding All-Star weekend was whether the NBA should have staged the event this year or not, as the MLB, NFL, and the NHL cancelled their All-Star events due to the pandemic.

The NBA decided to carry on with the All-Star weekend after Ben Simmons and Joel Embiid were ruled out due to contact tracing. A number of other superstars such as LeBron James, Giannis Antetokounmpo, James Harden and Kawhi Leonard have expressed their dissatisfaction with the NBA’s decision to hold the event.

But both the guards who were participating in the event this year, Chris Paul and Luka Doncic, got eliminated after receiving byes to the semi-finals. Domantas Sabonis beat Julius Randle and Luka Doncic with ease on his way to the finals, nailing both the pass and hitting the three-point shot with his first attempts.

Nikola Vucevic was the other finalist, beating Robert Covington and Chris Paul on his route to the finals. The finals were a close battle, with both Sabonis and Vucevic making the pass and the layups on their first attempts. It all came down to the three-point attempt and it was Sabonis who emerged victorious as he made his shot before Vucevic could make his.

The Three-Point contest provides an opportunity to the world’s best basketball players to showcase their range and shooting ability. It has always consistently provided some of the best entertainment, and it did not disappoint.

Stephen Curry entered the contest as a heavy favourite, and his win certainly showed everyone why he is the greatest shooter the game has ever seen. But the contest was much closer than most people had expected, with Mike Conley losing out by just one point.

In the first round Curry put up an incredible 31 points while making eight consecutive shots at one juncture and one deep shot from the Mountain Dew zone, meanwhile Mike Conley put up an impressive 26 points.

A new feature of the three-point contest is the “deep” shot which is six feet behind the arc on either wing and is worth three points. This new shot certainly favours Curry as he is the only player who can consistently make a shot from that kind of range, as he made three of his four deep shot attempts.

In the final round, Curry hit the final moneyball to just beat out Mike Conley, 28-27, and claim his second Three-Point championship.

The Slam Dunk contest has provided some of the most memorable moments in NBA history, such as Vince Carters elbow dunk, Michael Jordan’s dunk from the free throw line, the 2016 showdown between Aaron Gordon and Zach Lavine, and many more. But unfortunately, this year’s slam dunk contest was one to forget.

The contest mainly lacked in originality as the players failed to excite the viewers and those limited number in attendance. In the first round, Cassius Stanley tossed himself an alley oop, caught the ball, put it through his legs and completed the dunk with his left hand. The judges gave him a score of 44. For his second dunk, he attempted a basic one hand after missing his first attempt which saw him receive a score of 37 from the judges.

Obi Toppin received a score of 48 from the judges on his first dunk after completing a two-handed reverse tomahawk dunk. He tossed himself a lob, caught the ball on the bounce and took it through his legs for the jam. For his second dunk, he completed a windmill with his right hand after jumping over Julius Randle and his father.

Anfernee Simons attempted a unique dunk for his first attempt, receiving a score of 46 from the judges. Simons attempted a two-handed dunk after catching the ball while it was stationed atop the square of the backboard on a miniature nerf basket. For his second dunk, he put on a Tracy McGrady raptors jersey while recreating his famous 360 dunk from the 2000 All-Star game.

In the final round, Anfernee Simons took the win over Obi Toppin after lobbing it to himself and completing the dunk after attempting to the kiss the rim.

Although the All-Star game was a complete blowout with Team LeBron winning 170-150 over Team Durant, there were some memorable highlights from this year’s game.

This year’s All-Star game took on the same format as last year’s, where 24 points are added to the leading teams score to set the target score for a clock-free fourth quarter. Even though Curry and Lillard were on team LeBron, they engaged in a friendly rivalry throughout the match where they were trying to match or better each other’s three-point attempts.

Curry and Lillard both made eight three-pointers in the game, and were trading shots back and forth. In the first half, Curry made a no-look three pointer from the corner, two half-court shots from the All-Star logo, and completed an alley-oop dunk after a lob from Chris Paul.

Later on in the half he repaid Paul by throwing him an alley-oop as well. But one of the best moments in the game came when Lillard made a half-court shot and then Curry made the exact same shot in the next possession, just before the first half ended.

The second half was a dull affair, with Team LeBron pulling away to lead 146-125 at the end of the third quarter, setting the target score to 170 for the fourth quarter. Lillard ended the game in style by pulling up to half-court and draining the long range three-pointer.

Giannis Antetokounmpo won the Kobe Bryant All-Star game MVP after displaying a dominant performance where he dropped 35 points without missing any field goal attempts. He is the first player in NBA history to shoot 100% on 10 attempts or more in an All-Star game.

Overall, while the All-Star game did provide us with a few memorable moments from the three-point contest and the game itself such as Steph Curry’s incredible display of shooting, his rivalry with Damian Lillard, it won’t be an All-Star weekend that will be remembered in the future. This leads to the question of whether the NBA should have gone ahead with the event in the first place or not.