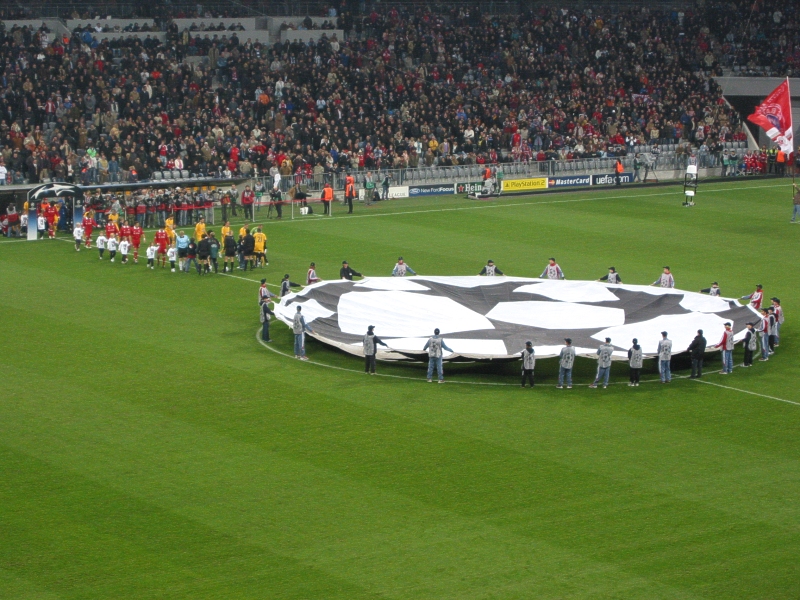 In the highly anticipated rematch of last seasons UCL semi-finals, PSG emerged with a 2-0 win, thanks to goals from Idrissa Gueye and Lionel Messi. The Parisians sit on top of Group A with four points, with Manchester City down in third place after the defeat.

Paris Saint Germain got off the mark early and opened the scoring within the first eight minutes. Hakimi found Mbappe’s overlapping run on the right, who then played a cutback into the box which was fluffed by Neymar, before Gueye rifled his shot into the top corner. Manchester City dominated possession as expected, playing their usual style of football with short, intricate passes while pressing from the front.

The Cityzens mainly played down the wings, eventually working their way to the centre to try and find a way in behind the defence. The biggest chance of the game for Manchester City came during the 25th minute. Kevin De Bruyne’s cross was met by Raheem Sterling’s head, which unfortunately hit the bar before falling to Bernardo Silva, who hit the bar again from point blank range.

PSG set themselves up to play on the counter attack, using the pace of their full backs and wingers, and nearly doubled their lead in the 37th minute. Mbappe was at the heart of the attack again, as Nuno Mendes released the Frenchman down the left side, before he squared it to Ander Herrera whose first-time effort was tipped over the bar by Ederson.

Manchester City were lucky not to go down to ten men, as Kevin De Bruyne missed the ball and made a crunching tackle on Idrissa Gueye, but was only shown a yellow card for the foul. City had another chance just three minutes before the end of the first half, when Rueben Dias’ header from Kevin De Bruyne’s corner was saved by Donnarumma.

Manchester City saw more of the same possession during the second half, but were plagued by their lack of finishing ability once again. The blue side of Manchester had the chance to grab a quick equalizer within two minutes of the restart, but Sterling’s shot went wide of Donnarumma’s goal.

The Italian goalkeeper continued his heroics, saving De Bruyne’s low-driven shot from the right of the goal as Mahrez played him in behind during the 53rd minute. The Parisiens showed their attacking threat when Neymar was almost through on goal from Hakimi’s pass, only for Kyle Walker to force the Brazilian into hitting the side netting.

PSG were disciplined and put up a strong defence against Manchester City’s continuous barrage, and were rewarded with a moment of pure brilliance from Lionel Messi in the 73rd minute. The Argentine forward carried the ball forward down the right wing, before drifting into the center to play a neat one-two with Mbappe on the edge of the box and then hitting an unstoppable first-time shot into the top corner. Even Ederson could only stand and watch as the ball went past him and into the net.

“It’s true that I was getting desperate to score my first goal, ” said the six-time Ballon D’or winner. “I hadn’t played much recently and I had only played once here at home but I am settling into the team little by little.

“The more us forwards play together, the better our relationship will be. We all need to grow together and improve and keep giving our best.”

Manchester City suffer their first group stage defeat since 2018, and Pep Guardiola’s men could find themselves in serious trouble of not making the knockout stages if they don’t produce better results in their remaining four games.

In other news, Manchester United produce a comeback to win 2-1 against Villarreal in their Group F matchup. The Spanish side took the lead through Paco Alcacer in the 53rd minute, but it didn’t take long for United to issue a response. Alex Telles scored a scintillating goal as he met Bruno Fernandes’ cross with a first-time volley which found its way into the bottom corner. Cristiano Ronaldo secured the win for the Red Devils in the 95th minute, while also breaking the record for most Champions League appaerances during the same game.