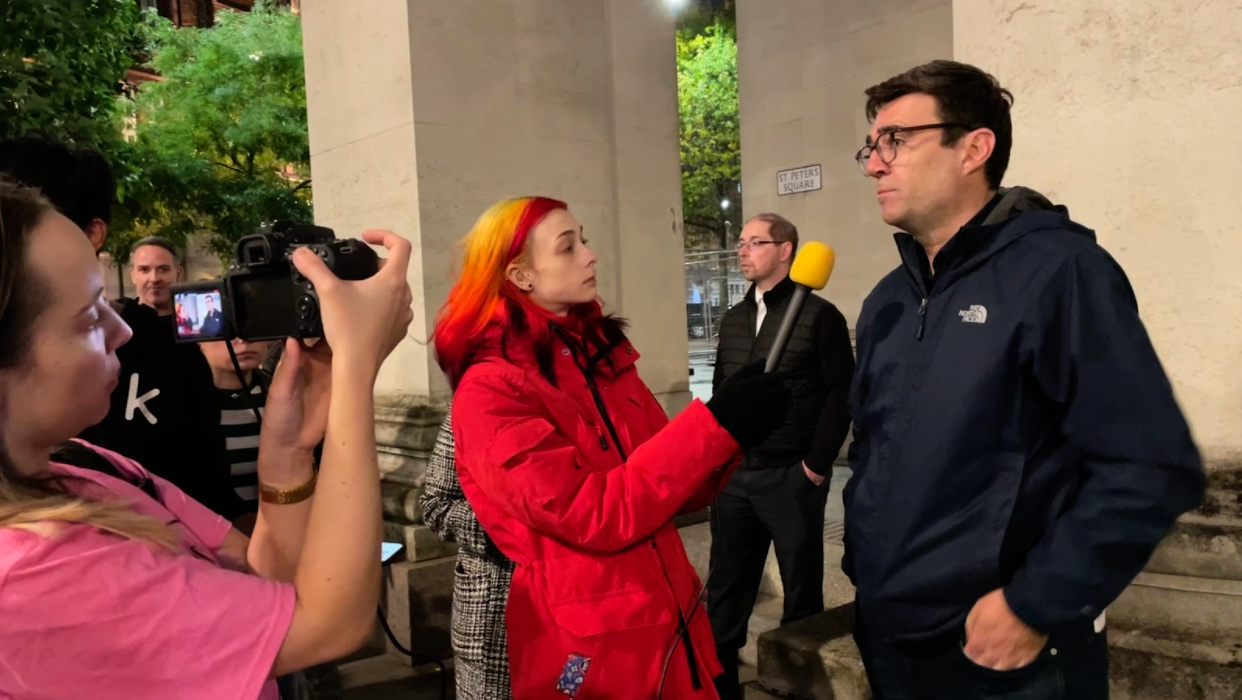 We spoke to Greater Manchester Mayor, Andy Burnham, at the ‘End Spiking Now’ protest, in partnership with the ‘Manchester Night In’ group. Here’s what he had to say about the rise in spiking attacks.

So what is your office doing to help combat spiking? What measures are you taking as the mayor to combat this drastic rise?

Well, it’s not easy, if I’m honest with you. I’m not going to pretend that it is because obviously, we can’t regulate the behaviour of people inside bars. If things are brought to our attention that are happening within certain establishments; of course, the council can take action in terms of licenses, and absolutely we would all intend that would happen. But, I think, to say that this can be done by asking people to cover their drinks or bars/owners to stop it; I don’t think that will stop it. This one, as I keep saying, is on people, who know they have friends or acquaintances who are engaged in this kind of behaviour: challenging it, calling it out, and then reporting it.

Sacha Lord, who’s my night time economy advisor, is here as well, and we are both wanting to begin a dialogue with the organisers of tonight to say, what could be done with regard to particular establishments, where there have been proven reports, where there is an ongoing concern [and] what type of steps could be taken? Now, they can’t be taken by me because it’s the council that licenses the premises, not my office. But obviously there’s an influence that we can both have. I am responsible for the Greater Manchester Police […] if there are establishments in this city region where this stuff is going on night after night, then I’m afraid we aren’t going to just tolerate a situation where that just continues, action will be taken via licensing or via Greater Manchester Police.

You spoke about what you can do at a regional level, but what approach would you like to see the central government take?

The obvious thing is through licensing, where there is a proven pattern of behavior, you would need licensed premises to have all necessary [restrictions]. I don’t think they can stop the behavior […] but you would want them to take reasonable steps to be able to have CCTV in the places that would be able to spot [these] instances. There’s a whole range of measures they can take, but I keep coming back to it: the answer lies in challenging the individuals who are responsible for this behavior. And everyone who’s doing this will be known by somebody within their friendship group for doing it. And it’s about changing that and challenging that behaviour.

So do you think education is the biggest way to combat spiking?

Afzal Khan recently provided a statement to us in which he suggested misogyny should be treated like a hate crime and these incidents are leaning towards misogyny. Do you have any opinions on this?

Yeah, he’s making a really strong point there. […] [However] would this behavior always fall within the legal definition of misogyny? I think that would just need to be clarified in the law. And that’s a matter for Parliament. I would say probably then, more for us here. I would say Parliament should absolutely be passing tougher sentences for anybody who is proven to spike someone’s drink or if anyone is found with a syringe on a night out – particularly if they were found to have used it – I think you need very severe sentences in law. And obviously, I will be looking to Afzal and other members of parliament to pass the necessary changes to legislation to make that happen. I don’t think it would be strong enough at the moment and that is part of the problem. It’s too permissive of the environment for people who are engaging in this type of behavior.

Do you think that the Labour Party should use that as one of their prime concerns and in parliamentary initiatives?

I certainly think we’ve got to get much more serious about women and girls safety. I think there’s been a bit of a wake up call going on this year, following the murder of Sarah and then Sabina, and […] many, many, many more. I think life has changed with social media and the pressure on young women but it’s always been there and I think people have turned away from it for too long, and absolutely it’s calling out everything at every step. As a male Mayor of Greater Manchester, I think there is something I can do to lead from the front and that’s why I’m here tonight. And, we’ll work with our MPs and whoever to change the culture around this. It’s not okay. None of it is okay. It’s got to stop.