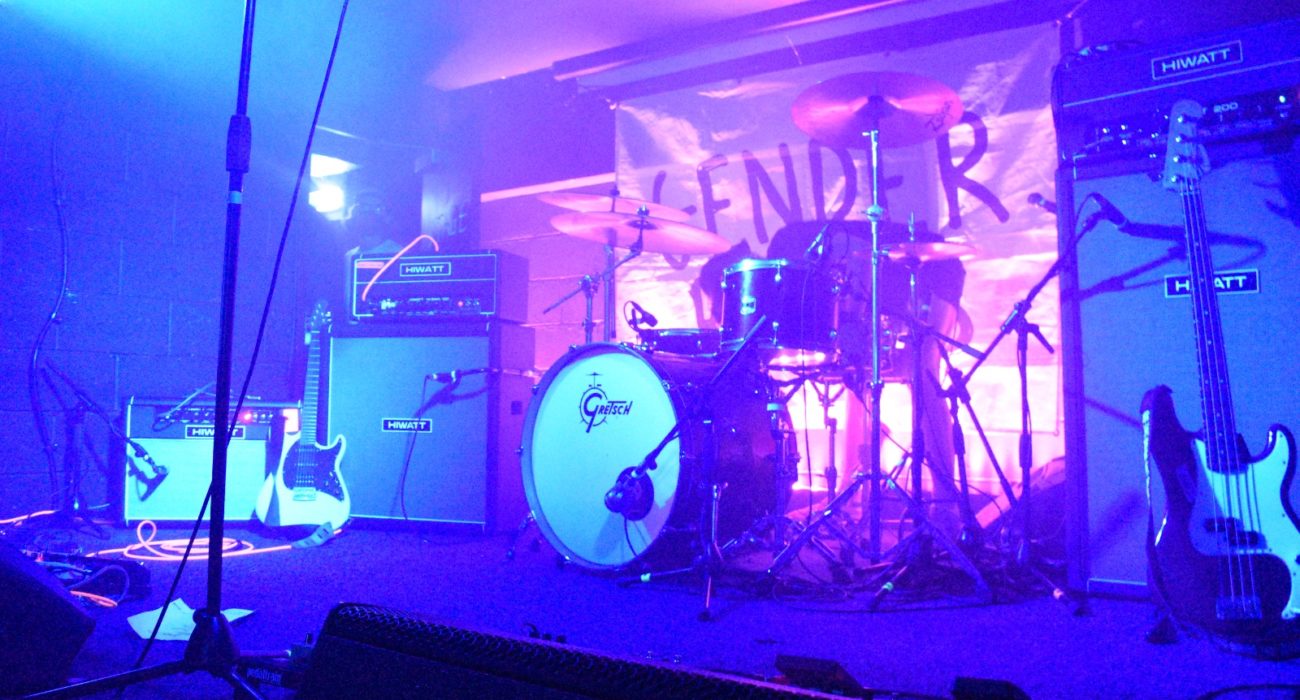 When you buy a ticket for a Friday night gig you expect it to be a whole evening affair: drinks with friends beforehand; eagerly waiting in the queue to have your ticket scanned, buying merch and stepping out into the cool dark air in the dead of night full of exhilaration for what you just witnessed. Gender Roles playing Yes’s basement on the 16th was nothing like a gig I’d ever been to before.

I found myself on the 143 and home in my room getting changed for a house party by half nine and I absolutely loved it. Gender Roles played a matinee show and kicked off early with supports at 7:15 and the headliners taking the stage at 8pm. It was a bizarre experience but on I could certainly see happening in the future.

As supports go Nara were bloody brilliant. Gender Roles have been supporting local talent all through this tour, playing with the likes of Factor 50 down in Plymouth Junction. The Nara are as exciting and loud as you’d expect from a warm up show for Gender Roles.  I’ve had the pleasure of seeing them a few times and their prog breakdowns and expressive vocals making them a sound easy to indulge in. They’re very much ones to watch and I wouldn’t be surprised if more than one of the supports on this tour find great success in the future.

Featuring moshing a plenty the Brighton trio delighted a very contrastingly mixed crowd with both old and new tunes alike. The new material they’ve been working on sounds beautiful live. The two tracks they played from their newest project very much sounds like Gender Roles we’ve heard before but are million miles away from getting boring. It’s certainly made me even more interested for the new record.

You can find all of Gender Roles music videos on their YouTube here!

As with many of the most interesting gigs occurring across Manchester, this leg of the Gender Roles tour was delivered by Northern Quarter record label Scruff of the Neck and their live department. I’ve discovered so many awesome bands through Scruff’s live shows and I fully recommend checking out their live listings if you want to jump in the deep end and find something completely new!

YES was a delight to visit as always, it really is a blessing to have your favourite bar contain two of the coolest music venues in Manchester. I’ve certainly never had a bad time in either the Pink Room or the Basement. Each venue has its own personality and suits itself beautifully to an array of bands.

The Basement was the perfect setting for Gender Roles, illuminated by blue light, the room reflects sound beautifully. Having its own bar, The Basement feels like the rock dive bar of your dreams, whilst not giving you a disease when you visit the bathroom between bands. I felt blessed being able to take Pizza or Vegan Fried Chicken into the show! Eating a pizza during soundcheck is somewhat surreal but certainly an experience I’d delight in having again.

I’d love to see both these bands in a wider space that allows for bigger and better moshing that wasn’t so in the face of other fans that weren’t too keen on getting involved, but that’s certainly not a bad complaint to have at an alt rock show!

See photos from each set below!

Check on Nara on Spotify here! 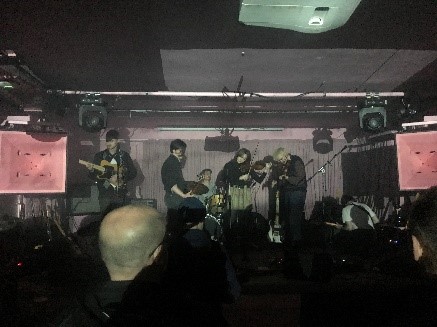 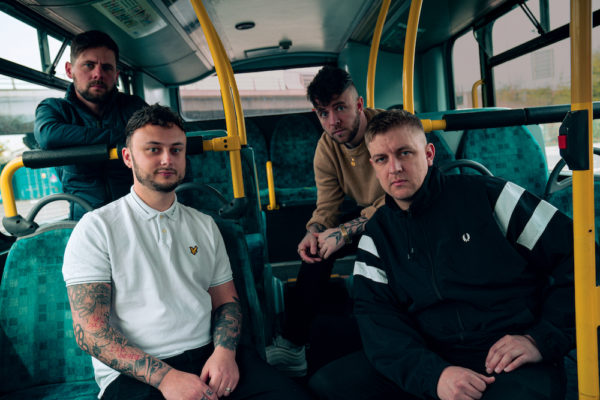