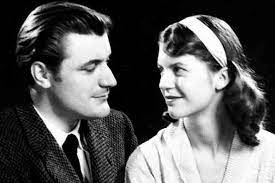 After Sylvia: A celebration or a guilty restoration?

As a highly acclaimed poet famed for her stunning imagery and revolutionary style, it is befitting that Sylvia Plath should be celebrated with a literary festival. However, is this festival entirely positive, or does it actually just serve to highlight the oppression a mentally ill female artist has faced, both during and after her lifetime?

On 5th March 2021, Ian Humphreys announced the lottery grant he had been awarded to produce a new Sylvia Plath book with Sarah Corbett. Along with the book, as part of a celebration called ‘After Sylvia’, there will also be a ‘Sylvia Plath Prize’ poetry competition where poets write according to five ‘Plathian themes’, and (if funding allows) a ‘Sylvia Plath Festival’. This celebration is set to occur 90 years after Plath’s birth (1932), and the book will feature the competition winner’s poems, to show the inspiration Plath still is today.

However, why is it only now, nearly sixty years after her death, that we are celebrating this highly influential poet?

Sylvia Plath’s ex-husband poet Ted Hughes, also a famous poet, died in 1998 and has already had five festivals in celebration of his literary prowess, along with a trail, a shop, and a blog by the Ted Hughes Project. Logistically, it could be argued that Hughes was alive for a longer time and so produced more poetry and prose, whilst also being alive to represent and promote it. However, there is also another reason that she didn’t get the recognition she deserves: ableism.

Sylvia Plath was a phenomenal poet, and a sufferer of bipolar disorder. She both fitted the role of the 1950s housewife in that she had two children and a well-to-do husband, and completely obliterated it with her successful poetry career. She used her ‘confessional poetry’ to be open and expressive about her mental health struggles. As a female poet I am constantly inspired by Plath’s poetry, and in awe of her cleverly constructed verse and stunning imagery. However, partly because of my own experiences, I am also well aware of The Sylvia Plath Effect.

Yes, Ted Hughes has a Yorkshire walking trail named after him, but does he have a psychological phenomenon? I think not.

‘The Sylvia Plath Effect’ is the theory that female poets are the most likely in the artistic world to suffer from depression and other mental health problems. It is uncertain whether this is an effect produced by their poetry, or the cause of their poetry writing in the first place. Many critics over the years have tried to diagnose Plath’s erratic behaviour and explosive poetic claims into certain mental health conditions, many of which were discovered after her death. The overall verdict has been of bipolar disorder, which causes manic depressive episodes such as the ones that lead to Plath being sent to various psychiatric hospitals when she was diagnosed with depression.

In the 1950s and 1960s when Plath was writing, there was immense social stigma and fear over mental health. Although Plath’s work was well-received, the mental health concerns it addressed were somewhat ignored. A critique of her anthology Ariel even claimed that “her poetry would have been valuable no matter what she had written about”. This seems to have completely missed the point of her last anthology, depicting “motherhood, identity, despair”.

Plath was a figurehead for the representation of mental illnesses in media and yet, because of her controversy, she was not celebrated in the same way as other poets. Mental health awareness in society may be at an all-time high but this does not make it acceptable for such an influential and talented poet to have not got the recognition she deserved earlier in life.

So yes, the fact that Sylvia Plath is being celebrated is great, and I am very excited about the possibility of a festival. But this celebration has come far too late and has stemmed from guilt about a discriminatory ignorance of mental illness very recent to our society. So celebrate Sylvia Plath, remember Sylvia Plath, and after Sylvia, take a look around to see what else we might be missing through our ignorance.