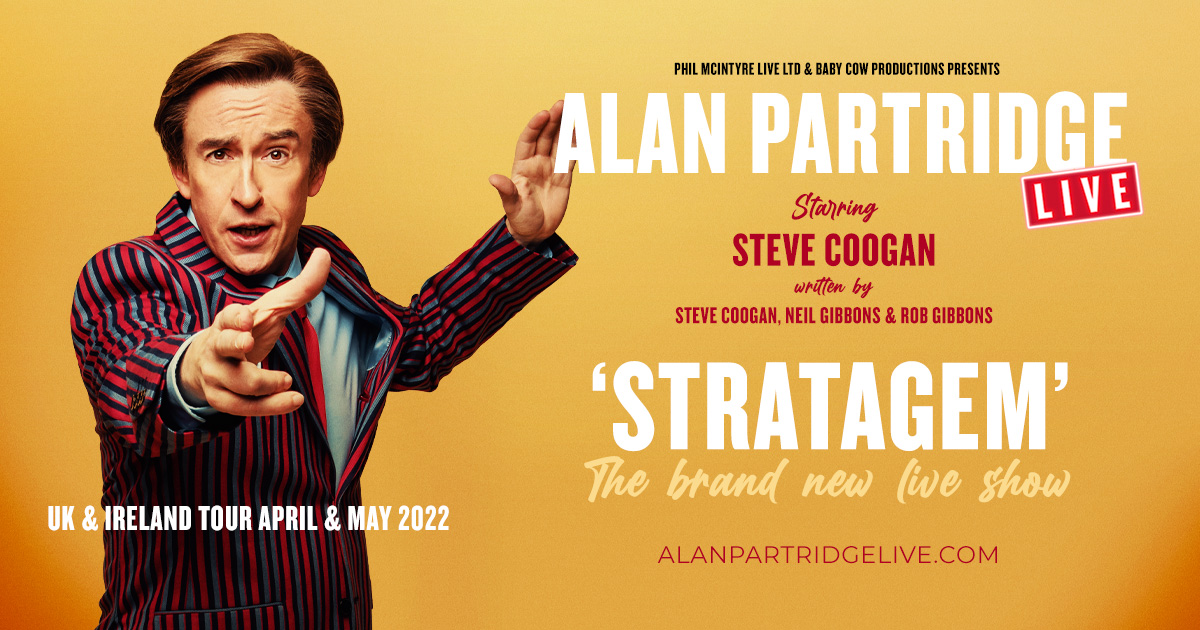 Love him or loathe him, we all love Alan Partridge.

“Over a multi-decade broadcasting career, this wonderful and surprisingly well-read man has brought delight to millions. And now, in a country riven with discord and disease, Alan is touring the country with a message of hope.“

Stratagem with Alan Partridge is a live stage show starring the award-winning, multi-hyphenate Steve Coogan as the iconic – yes – Alan Partridge. The show promises to inform, educate and entertain, in approximately equal measure.

Wearing a head mix favoured by TED talkers, market hawkers, TV evangelists, backing singers and carnival barkers, Alan combines all these roles and more. It’s a manifesto for the way we can move forward, a roadmap to a better tomorrow, an ABC for the way to be.

Stratagem sees Alan treading (or, rather, pounding) the boards, atop stages graced by such luminaries as Michael Ball, Jack Whitehall, and Welsh rockers the Stereophonics.

The show is devised, written, choreographed, performed and funded by – you guessed it – Alan Partridge.

Stratagem plays at Manchester’s AO Arena on 13th and 14th May, before continuing its UK tour until early June – ending with three nights at London’s O2 Arena on 31st May and 1st and 3rd June. 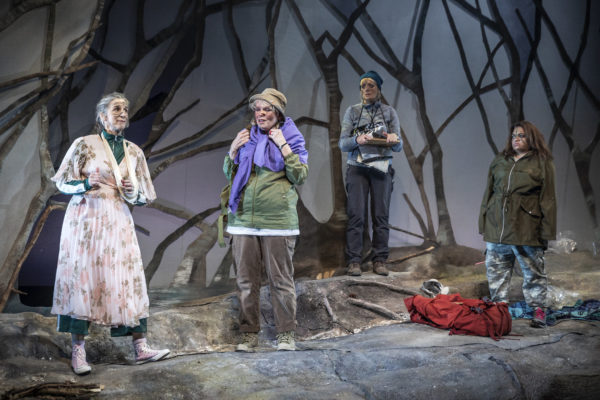 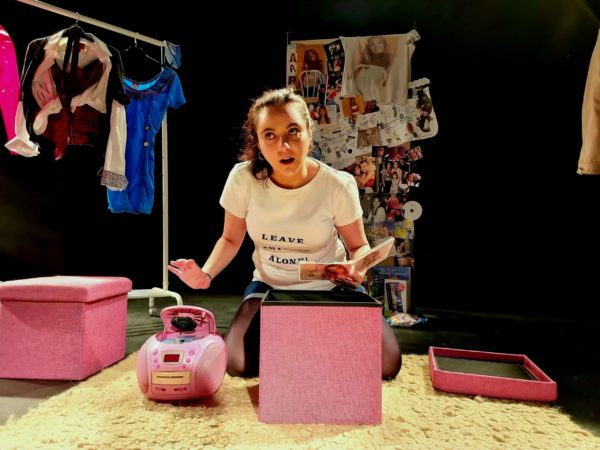