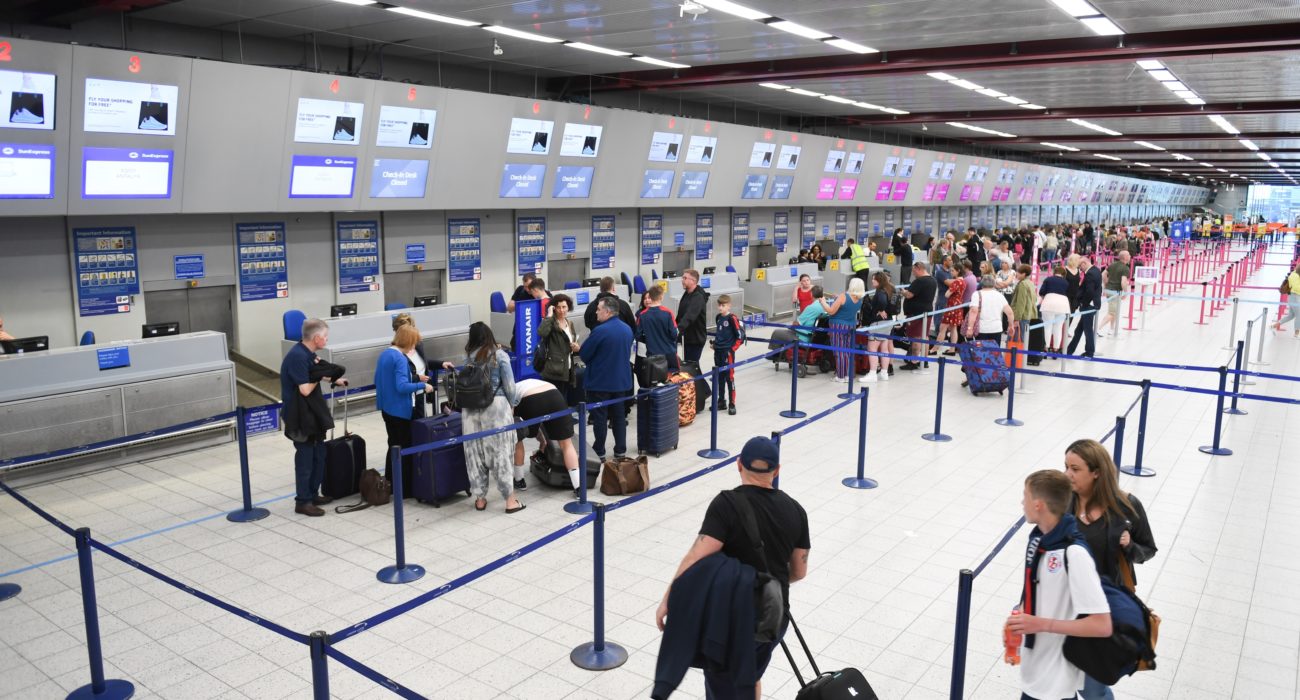 Recently, the majority of news coming out of Manchester has been centred around the chaos at Manchester Airport.

Reports have described crowded baggage collection areas, multiple-hour-long security queues, and missed flights due to the delays, with some holidaymakers expressing worry that someone could be seriously injured within the masses of people.

After authorities stated that the disruption could continue for the next couple of months, we decided to take a deep dive into the root of the issues at the airport, and why it’s not going to be a quick fix to prevent more pre-flight failings.

The airport’s problems first began in the middle of March, with long queues reported after the lifting of all remaining Coronavirus travel restrictions on March 18. During the pandemic, flights were all but brought to a standstill, as countries shut their borders in attempts to curb the spread of the disease.

The aviation industry was one of the sectors hardest hit by lockdowns, and the issues arising currently show that it’s not been possible to just bounce back to business as usual.

And that is because life still isn’t usual. People are just getting used to the idea of travelling abroad again, yet the post-lockdown hangover is proving a real headache for holidaymakers. We’ve probably all seen the reports of the pandemonium unfolding, and coronavirus isn’t the only reason behind the queues and missed flights.

The coronavirus pandemic is perhaps the most obvious place to start. The grounding of the aviation industry in March 2020 saw thousands of employees across all sectors of the airport either quitting their jobs, taking a pay cut or being made redundant.

Furlough simply wouldn’t cover the cost of propping up a workforce unable to work for two years, and many of those left unemployed had to find jobs in new sectors. This has left all airports around the country struggling to reach the necessary staff levels as travel starts up again, but is perhaps more significantly felt in Manchester, the largest airport in the UK outside of London.

Covid cases are also a current issue. EasyJet has had to cancel over 60 flights during the Easter holidays due to double the normal levels of staff absences due to the virus.

In addition, Covid document checks are still required to fly to certain countries, another thing to add to the lengthy list of protocols an airport must adhere to before their visitors fly.

Brexit may also be a confounding factor in the airport’s struggles, for two main reasons. Firstly, the separation of the United Kingdom from the European Union means different border control queues on arrival, as well as longer border checks in a system which hasn’t been fully tested in the time since the UK’s official separation in January 2020.

Secondly, the workforce in the airport has been further diminished because of Brexit, with new contracts and regulations resulting in issues in job supply lines and employable workforce.

And then you have the sheer number of passengers trying to fly, with numbers in February 2022 29 times greater than the previous year.

Each passenger has to check in to their flight, go through security, deal with baggage and board their plane, and long queues for each of these steps means many simply aren’t making boarding time.

Holiday makers and airlines are clearly both desperate to make the most of restriction-free travel for the first time in two years, but this has come as a detriment to both, with many passengers complaining of missing their flights because of the queues.

Problems are, therefore, a combination of large numbers of travellers and a lack of personnel to see them through departure and arrival.

Recruitment is the most obvious solution to both of these issues, but the problem cannot be solved this easily. Airport staff training is a lengthy process, and it is for this reason that Manchester Airport bosses have said that the issues could remain in place for the next two months.

Jobs are, equally, perhaps not as attractive as in some other sectors. As seen above, the aviation industry faced some very tough employee losses due to coronavirus, and, with the pandemic far from over, jobseekers may be weary of stepping into a field that now seems to lack job security.

So, what comes next? The answer is probably much of the same. The holiday season is upon us, and people are desperate to travel again, so it seems that neither the issue of too many holidaymakers nor too few staff will be rectified quickly.

Andy Burnham has said that police and fire rescue staff could be used to improve the situation, during a period which he described as “a difficult moment for airports around the world“. The Mayor of Manchester has recently met with airport bosses to discuss the situation after the Managing Director Karen Smart stepped down from her role.

There are certainly efforts being made to rectify the issues currently facing Manchester Airport, but it will be too little, too late for many who have attempted to catch their flights in the last few weeks.

The airport is currently advising people to arrive for their flight three hours before departure, as the dream of restriction-free travel struggles to become a reality.