Professional wrestling is coming to Manchester this Sunday!

Find out about PROGRESS’ upcoming event, and how to save money on tickets
Sport

Professional wrestling is coming to Manchester!

The O2 Ritz, based just off Oxford Road, is hosting stop four of the PROGRESS Wrestling 2022 Deadly viper tour. The Electric Ballroom in Camden is PROGRESS’ usual home, but the tour has seen PROGRESS selling out events across the country. From Cardiff to Birmingham, and now Manchester this Sunday.

Expect to see the very best of the British wrestling scene on offer. PROGRESS World Champion Spike Trivet faces Dan Moloney, whilst Manchester local Sam Bailey makes his PROGRESS debut against Tate Mayfields.  There is a Manchester flavour across the women’s circuit too, with Lana Austin often garnering the most attention.

Sidewinder is PROGRESS’s 143rd Chapter, and it is a great opportunity to see live wrestling close to home. It can usually be streamed on the WWE network or on the on-demand streaming service demand PROGRESS. But nothing can compare to watching the drama and emotion up close, in front of a packed-out crowd. 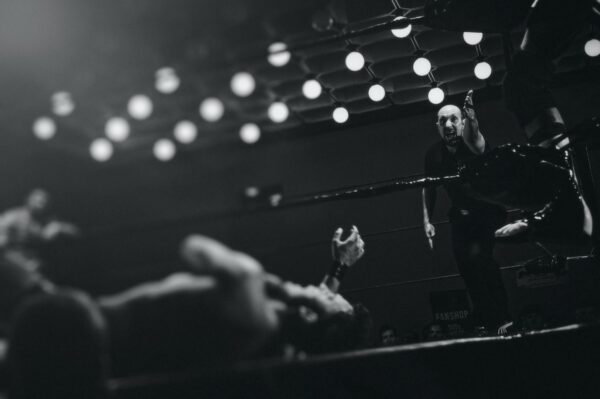 Founded in 2012, PROGRESS has gone from strength to strength and is now the biggest independent wrestling promotion in Europe. At the beginning of the year, Lee McAteer and Martyn Best acquired ownership, both of whom are enormous wrestling fans. They are Associate Directors of League Two outfit Tranmere Rovers. McAteer has owned businesses in Manchester, and has been described as ‘Britain’s best boss’.

Even if you have little knowledge of wrestling, it is a really entertaining day out. The crowd is friendly, and it is a safe atmosphere to watch wrestling, with stewards visible with red PROGRESS shirts to help with any issues.

There are student discount tickets for Sunday. You can purchase them here. Type in the code ‘STUDENT22’ to receive the discounted price.

To find out more about PROGRESS you can follow their social media platforms, or give the website a read.

Who will win the World Cup? The Mancunion Predicts

Will Ronaldo or Messi win the world’s greatest trophy in their fifth and final attempt? Or will England finally end 56 years of hurt?

Blood on their Chests: Holding the FIFA World Cup in Qatar to Account

An insight into the backlash created by the human rights violations associated with Qatar’s FIFA World Cup, and how Denmark has fought to ensure that amongst the football, this record is not forgotten

A look at how UOM sport is getting involved in this years Movember and how students can donate!

Manchester Student Fight Night – All you need to know!

One of the most atmospheric student nights of the year, Manchester Student Fight Night is coming to the AO Arena on November 24