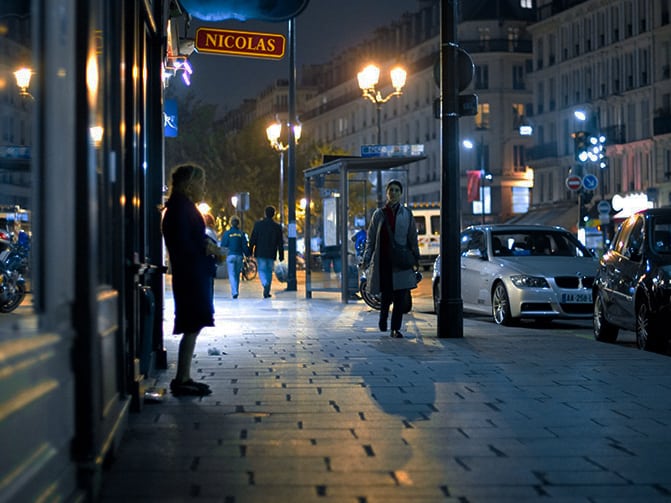 It was with great sadness and anger that I learned of the horrific rape a female student was subjected to in the Fallowfield area a few weeks ago.  And it was with similar emotions that I observed the responses to it, both official and unofficial, within this University and beyond.

Advice was immediately issued to female students on how to protect themselves from similar attacks, from tips such as carrying personal alarms to never walking alone after dark.  I carry a personal alarm; doing so makes me feel safer and far from infringing on my liberties it actually increases them by enabling me to sometimes do things or go places with or in which I otherwise wouldn’t be comfortable.  The alarm is a tiny key ring and was free from the Women’s Office in the SU; the obtaining and use of it requiring virtually no effort on my part.

If someone were to ask me whether I thought attack alarms were beneficial, I would say yes.  However, if someone were to ask me whether I thought all women should carry them, I would say only if they want to, and if they don’t want to then that must be respected.  The key issue here is choice.  A woman must make her own choices with regards to this matter and furthermore she must not be judged for those choices.  Feeling safe is entirely subjective and can be dependent on a number of factors – past experience and environment being two that spring to mind – but is often random, and always personal.  I have female friends who have grown up in large cities who would never leave the house without an attack alarm, ones who have grown up in the countryside who would, and vice versa.

It is imperative that self-defense classes be widely offered in spaces used by women, such as community centres, workplaces and educative environments.  Having taken these classes in my second year I can say that I found them to be a largely positive and empowering experience that like the personal alarm increased rather than infringed on my liberties.  But again, attendance must be down to a matter of personal choice.

Removing this choice, by stating that these are steps women ‘should’ take, facilitates a situation where if women haven’t taken them then they become, in the eyes of society, partly responsible if something does happen to them.  This is dangerous and damaging in so many ways; it contributes to self-blame amongst victims and the shockingly low conviction rate for rape in the UK (estimated at around 6.5% compared to 74% for murder).

A woman never has a responsibility to ‘protect’ herself from rape.

A man always has a responsibility not to rape in the first place.

We don’t teach people who live in areas with high instances of gun crime to dodge bullets.  Why are emails not being sent out, posters put up, reminding men that no means no?

The matter of walking alone after dark (or not) is of particular importance.  I consider carrying an attack alarm and taking self-defense classes to be positive actions that enhance my life; they’re things I do rather than don’t do.

Not walking alone after dark however is a negative action, something I’m not doing.  It is an infringement of my liberties.  The fact is that personally I would not feel comfortable walking home alone in the early hours of the morning (I’m usually on my bike, but if not I would get a taxi).  But my housemates do not necessarily feel the same, and may enjoy walking more than I do.  And although I might not walk all the way back to my house on a quiet street in Victoria Park at 3am, I would walk a short distance from a bus stop or a long distance down Oxford Road after dark, and I will not be made to feel guilty for doing so.  Taxis are exceedingly expensive and unaffordable for some women – should they be denied a social life?

People often forget that in the vast majority of rape cases, the perpetrator is someone the victim knows, and will not attack her in a public place anyway.

I’m not actively advising women to walk the streets alone at night, or not carry an attack alarm, I’m merely stating that they should do whatever makes them feel comfortable, and if that is the aforementioned then they should not be made to feel like they are committing some sort of crime.

There is only ever one criminal in rape – the perpetrator.  I carry an attack alarm in the same way I use a burglar alarm.  But living in constant fear and planning your life around crime is no way to live.  Sadly it is inevitable that fear will seep into women’s lives from time to time, but when institutions start feeding this fear, what hope is there of keeping it in perspective and thus enabling women to enjoy their lives?