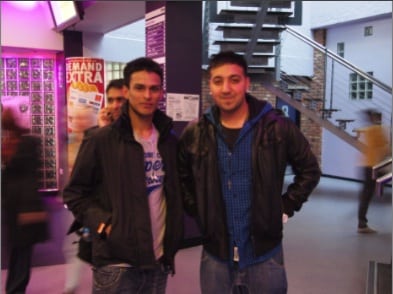 For three days now, I have been sitting at my desk attempting to find a way to write about this subject without either sounding racist or as if I am plagiarising an equal opportunities leaflet. As a small disclaimer, I’d just like to say now that I am neither racist nor a hand-wringing pseudo-racist (you know, those ones that are so anxious about being perceived as prejudiced that they’re generally the most offensive of the lot). However, a recent survey by the Society for International Student Affairs found that the number of students studying humanities subjects was so small that they didn’t even figure in the top 15.

There is no denying that Manchester is one of more diverse universities in the United Kingdom, taking in more international students than any other in the country (close to a third of students here are international). But the survey found that out of the 8,290 or so international students studying at the University this year, the majority would be studying Business, with Engineering coming a close second.
With such an obvious bias towards the more scientific and mathematical subjects, we should ask why this is the case. Not least, because fees for international students studying humanities in the UK are significantly lower than their more scientific and clinical counterparts. Bearing in mind that international fees are already eye-wateringly expensive, at the University of Manchester Arts subjects are a mere £11,300, compared to £14,200 for Sciences and a terrifying £25,900 for Clinical subjects.
Faculty Officer for Humanities, Mo Saqib, thinks the answer has to do with employability. “It’s common in many cultures to pursue a vocational degree, such as medicine or engineering, which are seen as more likely to get you a job. My own dad questioned whether me studying subjects like politics or philosophy would take me anywhere. Here in the UK we place a lot of emphasis on transferable skills, and this contributes to a greater proportion of home students studying humanities degrees such as history, philosophy and languages.”

Indeed, it could be argued that if you’re paying over £10,000 per year to do a certain course, you want the guarantee of a job at the end of it. It’s no secret that Humanities graduates from the UK struggle far more to find employment after university; at the recent Liberal Democrat party conference, Vince Cable was controversially dismissive of Humanities students’ prospects, pointing out the rising levels of unemployment amongst graduates whilst there is a chronic shortage of workers for the science and engineering fields. Given these factors, it is hardly surprising that those coming from places like India and China are reluctant to pay more than three times that of a domestic or EU student for a course that offers seemingly rather dire prospects.

Whilst British education places an emphasis on transferable skills, which greatly contributes to the popularity of the arts amongst domestic students, this idea is not necessarily echoed in education systems in other countries. Venus Wong, a third year History of Art student from Hong Kong, makes the point that often, the demand for Humanities subjects simply does not exist in other countries, “There is only one university in Hong Kong that has an Art History department […] Art History is not popular in Hong Kong or in China generally. If students don’t want to do an Art History course in their home town, it doesn’t make sense to come to England and do it”.

Regardless of the reasons, there exists the very real risk that a kind of ‘Knowledge Hierarchy’ could develop as a result of this growing trend. This would mean that subjects such as Law and Business would be given a privileged position above subjects such as Art History, that are perceived as less vocational and less likely to get you a job. Therefore, the more vocational subjects would be better funded and perceived as more relevant to the ‘real’ world, resulting in a specific career as opposed to a more open-ended future. Mo Saqib agrees that this could happen, “While this mentality isn’t necessarily a bad thing, as we all want to get somewhere in life, it doesn’t mean that Humanities subjects have no value either”.

To some extent this way of thinking already exists, as certain subjects, such as those relating to media, are already often perceived as a bit ‘Micky Mouse’. In these tough economic times, who’s to know if the less in-demand subjects will survive the impact of the coalition government’s cutting addiction? This especially applies to international students, who pay more and tend to take more scientific/clinical courses.

It’s not all doom and gloom; English is one of the most widely-spoken languages in the world, meaning that international students wishing to study in Europe are most likely to choose a university in Britain. Venus agrees, also stating that, “It’s always better to study Western Art History in the west. And I can’t study in other western countries since I don’t know their languages as well.”

When I moved back to this country to study Art History after having spent more than half my life abroad, I brought the combined experiences of my times in both Spain and India to a course that was very much international in its focus. It is a shame that those subjects which come under the banner of the Arts, which could benefit from the fresh ideas of a more cosmopolitan student body, are the same ones that are so widely rejected by the wider international community when they apply to study abroad every year.

It is worth noting that, were a perspective student from Mumbai or Beijing to apply to one of the fabled liberal arts colleges in America or even a university in Scotland, then they would not be faced with this ‘Sophie’s choice’ when they were deciding on their future. Particularly in the States, students are encouraged to study as broad a curriculum as possible and look at ideas from a number of perspectives. It is only in a few places like England where you are almost forced to define your whole future before you have arrived. Therefore, the debate on Humanities subjects and international students only really applies to you if you find yourself studying in Britain.

With the current state of the economy, and more and more reliance being placed on the higher tuition fees of international students, it seems Manchester needs to do something to attract international students to less scientific areas of study. Otherwise, we run the risk of depriving future students of a broad choice of courses and a wide spectrum of knowledge from which to learn.