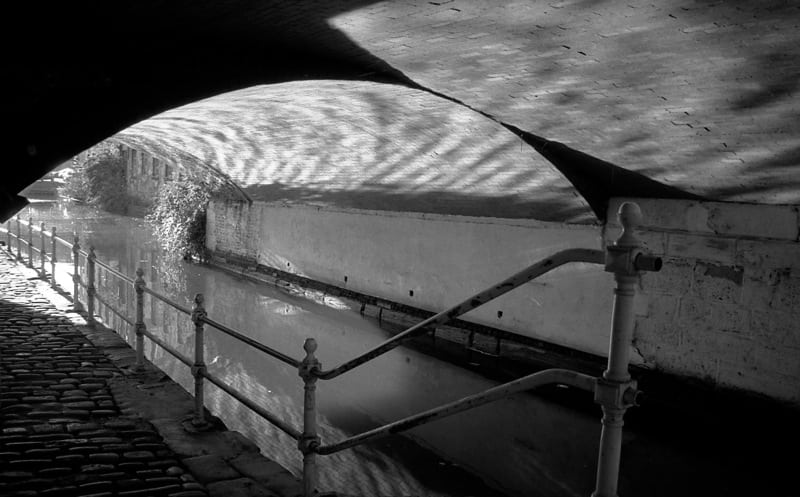 Mancunion Photo Editor, Nicholas Bojdo, recounts Manchester’s history through its vast canal network, and tells how our fair city came to be known as the ‘Cottonopolis’.

Photography by Nicholas and Michael Bojdo

The words ‘Canal’ and ‘Manchester’ may nowadays be most associated with a famous street, but 250 years ago they became synonymous with the dawn of a new era in Britain. The world at that time was changing dramatically, as pioneers of new technology invented machines that would bring the fruits of manual labour to the wider world and propel standards of living to levels beyond imagination. Between 1740 and 1901 the population increased fivefold thanks to improved living conditions, sanitation and healthcare. During that time the urban landscape of Manchester changed considerably, thanks in part to the emergence of a new transport system: the Canal.

The first waterway to penetrate Manchester was the Bridgewater Canal, built by Sir Francis Egerton in 1759 to transport coal from the mine he owned at Worsley in west Manchester, into the city centre at Castlefield. Having been inspired by the French canals he witnessed on a ‘Grand Tour’ of Western Europe, Egerton was keen to set up a direct connection between his vast coal resource and the burgeoning city. Goods at the time were already being carried by boat along navigable rivers, but at the cost of tolls, increasing congestion, and most importantly the rivers’ self-made, inconvenient route.The construction of canals allowed products to be transported directly from sites that had become established in the absence of fresh water, such as coal and fragile pottery. Up until that point, the only means of reaching such sites was a horse-drawn cart on a bumpy road. Pulling a fully-loaded 30-tonne barge, the same animal could transport 25 times as much coal in half the time. As a result the price of coal in Manchester plummeted, attracting investors to increasingly mechanised industry and workers to heated factories.

As Egerton reaped the rewards of his endeavour, the benefit of canals became clear to all. Constructors found no trouble in finding funds from prospecting share-holders eager to make a quick profit, and started laying out routes to potteries, mills and coal pits nationwide. The period of ‘Canal Mania’ had begun, and soon the network was reaching out all over Britain.

By the turn of the 19th Century, Britain’s Industrial Revolution was in full swing. An improved, coal-powered steam engine invented by James Watt in 1775 was soon integrated into the cotton spinning process, facilitating rapid production rates in the textile industry. Coupled with the expanding network of canals, such changes negated the need for proximity to a fast-flowing river when building a cotton mill. Industrialists exploited this benefit by building new mills closer to a workforce and raw materials. The canals played their part by supplying the mills with coal and cotton (imported from North America) and delivering finished products around the country.

One route that really became the backbone of the textile industry in the North of England was the Leeds & Liverpool canal. Covering a distance of 127 miles, it traversed the Pennines, cutting through towns such Bradford, Burnley, Blackburn and Wigan, contributing to their emergence as centres of industry. Also lying on the canal’s route on the outskirts of Bradford is the model-village of Saltaire, a beautiful example of Victorian socialist utopia. Its founder, Sir Titus Salt, built the village to house the workers of his new textile mill, providing their families with all the amenities to enjoy an elevated standard of living: a local library, a school, a concert hall and a church, plus accommodation with running water. It remains a physical legacy of industrial Britain, and an ever-present reminder of the importance of the textile industry.

But you don’t need to travel to God’s Own Country to see evidence of industrial Britain. Much of Manchester’s urban landscape owes its form to the status the city held in the mid 19th century. Thanks to its prime location, abundant workforce, and high concentration of investors, inventors, and innovators, Manchester had become the global epicentre of the cotton industry. The 100 or so cotton mills that emerged in Manchester, shaping in particular the area of Ancoats, led to the city being dubbed ‘Cottonopolis’. While signs of the factories still remain in Ancoats today, it was the construction of almost 2,000 warehouses in the city, to which Manchester owes its legendary look.

These warehouses were built by factory owners, not only for storage, but also the displaying of finished products, and can still be seen today along Whitworth Street and Portland Street. To make large-scale cotton trading easier, Sir Oswald Mosley built the glorious Victorian Royal Exchange in the city centre in 1829, which served as a trading hall. Equally impressive were the many lavish banks that also became established in the city to lend money to traders and keep safe investors’ returns. Many banks still serve the same purpose from the same buildings today, in Manchester’s Central Business District.

The city of Manchester was well and truly on the global map. In fact, the name became so synonymous with cotton products that it replaced the word ‘linen’ in New Zealand, and is still used so today. Canals continued to play a part, but were facing increasing competition from the railways, to which investors were now turning. The technology of steam power that had once gone hand-in-hand with the emergence of canals, was now threatening their very existence.

The spread of railways began in the 1840s, and soon led to their dominance in the transport of goods in the latter half of the century. Many canals were bought by the railway companies to penetrate competitors’ territories or to be filled in and used for routes. Canals that remained lost their economic viability and became platforms for communities of boatmen who, with very little work, resided on the waterways with their families. However, Manchester’s aquatic scene remained resilient to change and underwent a mini-revival towards the latter half of the century, in a development that would thrust the city into an even more prosperous 20th century.

In 1887, work began on the building of a new canal in Manchester. This came about as a solution to the growing taxes currently incurred at Liverpool, in the transit of goods en route to Manchester. At 36-miles long, the canal bypassed the Albert docks and permitted huge transatlantic liners to continue their journeys inland, negating the cost of transferring goods to rail before reaching Manchester. It followed the original route of the Irwell and the Mersey, arriving into the West of Manchester at Trafford and opening out into what has become the now famous Salford Quays.

The canal served as Manchester’s portal to America. To cope with the enormous levels of trade, Manchester needed some docks of its own. Ultimately two were built: Pomona Docks to the east, and the larger Salford Docks to the west. Of the produce that was brought into the docks, most frequently carried by the ‘Manchester Liners’ was grain, frozen meat and live cattle. The influx of such goods was reflected in the rapidly developing urban landscape.

The access to imported goods prompted expansion of the industrial estate into Trafford Park. In the early 20th century it attracted many American firms such as Ford Motor Company and later Kellogg’s, while providing a base for newly establishing British companies. Household names like the penicillin-producer ICI and the Spitfire engine-manufacturer Rolls-Royce settled in; but it is perhaps the story of Mancunian Arthur Brooke that lends itself best to the legacy of Trafford Park. It was to here that Brooke moved from his little tea shop on Market Street to mass-blend his product ‘Pre-Gest Tee’ with the ‘tips’ of tea leaves imported from India and China. It is claimed that 35 million cups of PG Tips tea are now consumed in Britain every day.

The jobs created by the growth of Trafford Park and Salford Docks helped to buffer the impact of the Great Depression on the people of Manchester. Yet the area would not have existed without the construction of the giant waterways and the sea-linked artery that fed them. One needs only to head by tram to Salford Quays ­to see the legacy of this period: in the stops announced along the way – such as ‘Pomona’ – in the huge blue rusting cranes that line the docks; or in the names of apartment blocks like  Labrador Quay, that echo the origins of the great vessels that once steamed up the Manchester Ship Canal.

Despite the strong connection with an industrial Britain of the past, canals remain to this day vital yarns in the fabric of both urban and rural life. In the cities they serve as a peaceful and attractive backdrop to residential development, as well as arenas for sporting events such as boating and canoeing. In the countryside, they stretch out along green meadows and traverse wonderful feats of engineering such as aqueducts and complex lock sequences, passing old riverside pubs along the way to provide a pleasant stage for calm and leisurely boating holidays.

The increasing number of tourists floating along the canal routes of Britain may interact with another of the waterways’ users: cyclists. The ‘Sustrans’ charity, whose aim is to promote sustainable transport, was set up in the late seventies and teamed up with the owners of the canal network, British Waterways, a few years later to improve the condition of towpaths along the many routes nationwide. Thirty years on, the Sustrans network now covers over 10,000 miles, many of which are waymarked out along canals. The National Route 66, for example, follows on its proposed route from Kingston-upon-Hull to Manchester parts of the Leeds & Liverpool and the Rochdale canals. The pleasance of the canal side coupled with the absence of traffic, make such transport routes ideal for this green form of travel.

As the 21st century unfolds and threat of climate change increases, it is not only in providing cycle routes that canals are contributing to a greener Britain. In 2007 the Manchester Ship Canal was thrust back into action, when Tesco announced it would used the route to carry 1.6 million litres of wine into Manchester each week, saving 700,000 haulage miles per year. Given the enormous impact that canals bestowed on Britain in the Industrial Revolution, it seems rather poetic that this great system should once again be seen as a cheap alternative to the roads. The only difference this time, is in the currency.